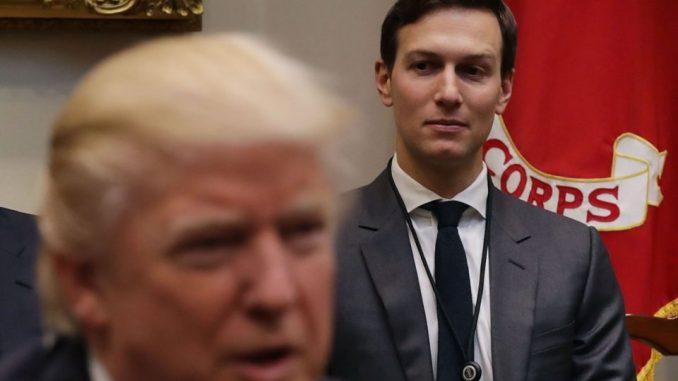 Trump to Choose Kushner as Next Chief of Staff, Supporters Not Amused

President Trump is alleged to have chosen Jared Kushner, his Son-in-Law, as his next Chief of Staff; and with that decision causing a rift among the base.

Those not familiar with the policies of Kushner, a devout liberal whose policies include bolstering US defense spending to Israel and Prison Reform, are likely to applaud the decision.

Those who see Prison Reform as a deadly game of demographics shifting, a liberal policy, are far from amused by this potential appointment.

President Trump was elected to build a border wall along the Southern border with Mexico, and so far that hasn't happened.

Critique aside for promises yet to be fulfilled, the base of President Trump grows increasingly weary at his inability to accomplish anything.

Tax cuts for the wealthy and upper middle class are the only success of the Trump Presidency, alongside a much more stable economic boom than his predecessor.

Kushner has represented the interests of the Israeli government well, which is likely why he's garnishing such a push to become the next Chief of Staff.

Many Trump supporters have taken to Twitter to express their thoughts and frustrations on a possible Kushner Chief of Staff hiring.

Putting on a yarmulke and touching the Western Wall, Bombing Syria, Moving the US Embassy to Jerusalem, and now contemplating Kushner for cheif of staff??

Trump's campaign slogan should have been "Israel First" pic.twitter.com/5LKBNjgTZB


If he wants to make sure he doesn't get a second term, this would be the way to do it.


If that happens i will officially disavow Trump. This eill be the final straw.


That would be wonderful for the USI


It's all so tiresome https://t.co/QwtpMWww4v


Making Jared Kushner chief of staff would move the Trump Presidency from useless to toxic.


Americans are growing frustrated with both parties and the fact that their desired border wall has yet to be built causes growing concerns that there may not be a political solution to preventing the forced migration of leftists.

The pick of Jared Kushner as the next Chief of Staff could quite possibly be the worst decision of this Administration.

I LOVE TRUMP AND PRAY FOR HIMA ND HIS FAMILY EVERYDAY. BUT HE AND KUSH NEED TO JUST ACCEPT THE FACT REPUBLICANS DONT LIKE KUSHNER AND DONT WANT HIM. PERIOD!!!

Jared could use his jewish connections to teach us how to build a proper Israeli wall.

HIS POSTURE, AND PURSUITS LOOK WAY TO MUCH LIKE A FRENCH OR CANADIAN LIBERAL. A CROSSBREED BETWEEN MACRON AND TRUDEAU. ITS JUST A TURN OFF. POLITICALLY AND PHYSICALLY.

Trumpy is setting the stage for, President Kushner who will pardon Trump when the sealed indictments become active upon his leaving office.

Thats what we need, more jews in power. (facepalm)