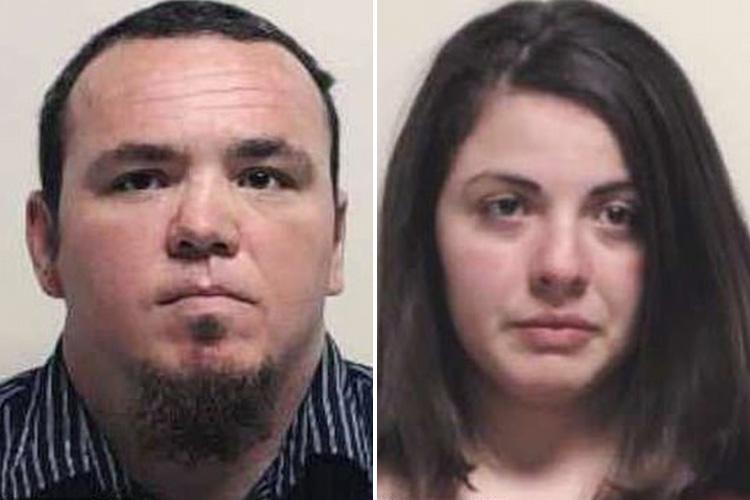 Police arrested a Utah couple on charges of child abuse for subjecting their 9-year-old daughter to waterboarding as a form of punishment.

Credit: Great Falls Tribune
The Police were contacted earlier this month by the Division of Child and Family Services regarding concerns about child abuse.

In early November, the little girl was checked into Utah Valley Hospital by her father. Nurses saw something was wrong.

On December 12th, Police interviewed the 9-year-old girl and said she disclosed details of abuse that allegedly occurred in her home.

The child told police that her father and stepmother have punished her on three separate occasions by tying her hands behind her back, and then holding her down in the bathtub with a towel over her face as they ran water over her face.

Authorities agreed that the marks on the girl's wrist were consistent with her story about her hands being tied behind her back.

“The 9-year-old stated she cannot breathe and it hurts when this happens,” the police said. “She also claimed the stepmother hit her in the face with a closed fist.”

Ilaria Catherina Mitchell, 28, the stepmother, was booked for one count of child abuse.

Joseph Maeser Mitchell, 29, the father, was booked for one count of child abuse and one count of unlawful possession of a financial card.

While Joseph was in jail, an officer found a credit card in his wallet that belongs to a Kysa Leandro.

Joseph told the officer the card belonged to his 7-year-old nephew.

Brittany Calabrese, the little girl’s mother, said she hasn’t seen her daughter since 2014, and hearing that the girl's father and his wife were abusing her was heartbreaking.

“It was the hardest thing for me to hear, having to be in Texas, she’s nine, nine years old. That is torture of a child.”

Calabrese lives in Texas and was notified by Child Protection Services that her daughter is safe and was taken into custody.

The Division of Child and Family Services now has custody while the court decides her future.

I’m wondering why the biological mother doesn’t have custody and why the child can’t be with her mom now? What kind of parents does this poor little girl have?

Sick people. Who could hurt a child like this. Prison for life, if allegations are proven to be true.

I’m sad for that poor child, what a shitty hand she was dealt. Those pieces of shit should be waterboarded once a day till they decide to check out.

2 who should've have been aborted

Death penalty for trash like this would be the perfect sentence

It's always the cowards who beat on the weak and innocent. Shame on them. I hope they get what they deserve

That is exactly what I was thinking Lexy: How come the mom doesn't have custody? You have to be a royal screw-up to lose your child as a mom--even Casey Anthony had custody!