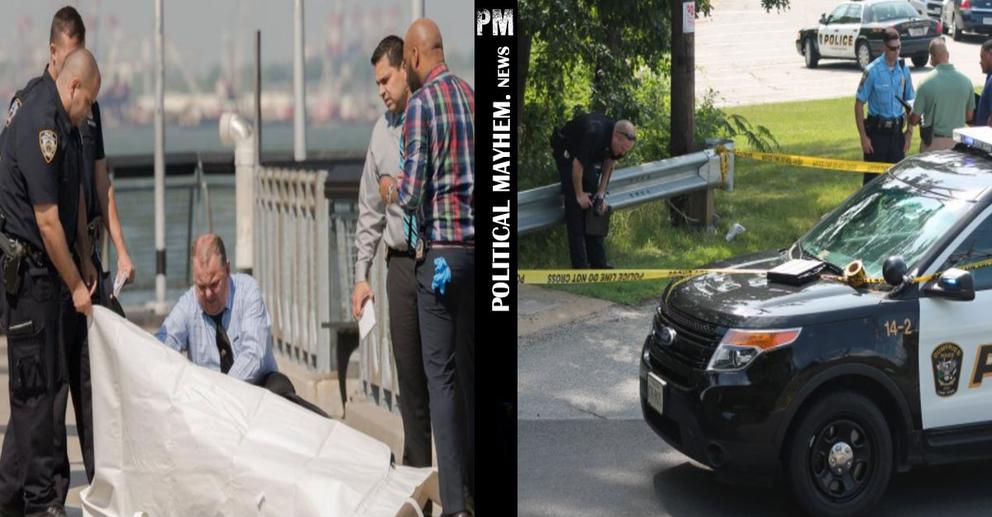 It amazes me how little the average American knows about what is actually going on in America or for that matter how little they care.

We have all heard about the “Clinton Body Count.”

It has become so widespread that people typically disregard it as soon as it hits the news. We already know there will be no investigation, and if there is, the findings will be kept secret or will be found to be “suicide.”

One of my articles has already been classified as “pants on fire’ by Politifact, which is pretty funny, considering they didn’t even realize my “count” wasn’t in regards to the order in which the victims died, but in regards to the order in which I am writing them. They didn’t even bother to reach out and ask me. “The website further embeds itself into false news territory by deeming this the fifth death in its "Clinton body count series." I didn’t deem it the fifth death, I deemed it #5 in my series.

Even more ridiculous is that they can make a claim of “false” when the only information we are allowed to retrieve from Google, or any other site for that matter, is the liberal biased media outlets. Why is it that we are unable to find any updates on most of these deaths, and when we do get updates, they are the most ridiculous findings imaginable? Case in point: Seth Rich.

There is ample evidence to support the claim that Bill and Hillary Clinton are involved, in some capacity, in some of these deaths. And yet, the “Bill and Hillary Body Count” is nothing more than a pun, a meme, or conversation. I wouldn’t be surprised if more people don’t know about it at all, than those that do.

Imagine if a staffer from Donald Trump’s campaign or one person connected to Donald Trump in any way showed up mysteriously dead? It would be front page news until the end of time.

On September 2017, a former Clinton employee who was working to expose child sex trafficking was found dead.

Former State Dept. staffer Kurt Smolek’s body was found floating in the Potomac River. The case was treated as a “suspicious death,” but just like all other deaths surrounding the Clintons, there are no new developments.

Adding to the mystery, according to voter records, Smolek lived steps away from former federal prosecutor has Beranton Whisenant, who was investigating DNC voter fraud, when he was found dead on a Miami beach back in May of 2017.

Smolek, a former Hillary Clinton employee, was a Diplomatic Security Special Agent who had been assigned to work in Cambodia to combat human trafficking.

There are unanswered questions that would make any reasonable person question why Smolek’s death is not newsworthy:

WHIO7 requested autopsy reports that would determine the exact cause of death, but I am unable to locate anything online regarding the results.

Smolek’s body was found exactly where George Webb, a top YouTuber and Pizzagate citizen investigator had been filming just a few days before.

Kurt Smolek was a Federal Agent and a State Department employee.

Smolek worked for Hillary Clinton’s State Department in Cambodia, which is a hotspot for human trafficking, child sex trafficking, and child sex tourism-especially Phnom Penn where Smolek was based.

The State Department website also warns officials traveling to Cambodia, “Embassy employees are also prohibited from ordering food items from local restaurants that contain marijuana or other illicit ingredients that are usually marketed under the term “happy,” particularly “happy pizza.”

The Clinton Foundation is in a position to have access to more vulnerable children through their Cambodia operations.

Someone has to keep these stories alive. Why hasn’t the autopsy been made public? Why hasn’t there been any update in the news since Smolek’s death?

it's not that we don't care it's that we know the clintons will never go to prison. our entire government is corrupt and Trump didn't DRAIN THE SWAMP as promised but instead invites 9/11 psychopaths into his administration.

The ONLY justice we'll see is when she's cast into hell.

No surprises here... just move on. It wouldn’t matter if he was found “under” the water with a ROCK tied to his body... if it’s a Clinton murder it’s gonna be covered up and not investigated properly ! 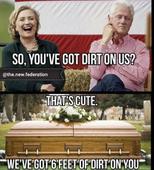 Best series. You are so right. You cannot find this information easily. The MSM and liberal Social Media do everything they can to re-write history. Thank you for bringing this information to us.

Maybe we can't find anything bc they are being investigated?

Anyone in the Diplomatic Corps that was close to Hillary had a statistically verifiable reduced life expectancy! Chris Stevens can elaborate!

Hey tab No. 92815 - Trump has done a great job at draining the swamp. He’s gotten rid of far more than I’d expected him to. He thought he could get rid of people but didn't grasp the complexity of it. Even seasoned politicians don't fully understand it until they are in office. If elected for another term he gets rid of at least 1,500 id bet, and they won't be retirement age!

I wish this could be put out there in a more opportune place. But understand its hard to get through to so many people. If they only knew and got it! Also, i just read where Obama has a location in Ohio with thousands of people for trafficking. They are out there living in tent type shelters. Stated they have them working in chicken houses too. Way out in bare land area. They have to be in with the Clintons. (Also, read up on the Latest on Chelsea) shes nuts too!!!

Sure admire for sticking to this
While Dems scream about lawlessness and all this goes uninvestigated
Are they waiting for a Global investigation team which Hillary will head?

Everyone will stand in front of their Creator on Judgement Day and the Clintons(ALL OF THEM) are no exception to the rule of our One and Only Almighty GOD!

The story repeats Thinking about the case of "Marc Dutroux" where the head prosecutor blows his head off and nothing unnerving 27 witnesses before you can testify. Such monsters do not go to jail, there is once swept clean and then tapped another source, there are several private island or manor houses.