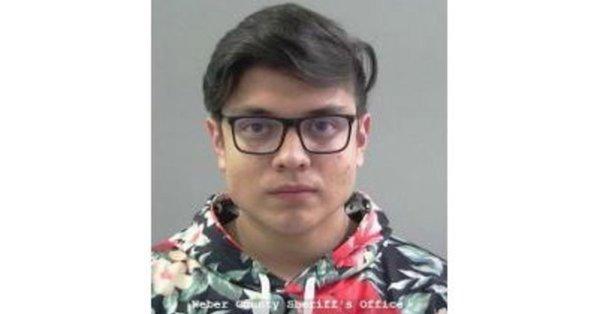 An 18-year-old Weber County man is accused of taking advantage of a then 13-year-old girl when he was caught in a state of undress with the teen and later confessed to performing sex acts with the minor in two incidents. Now, he has been sent to prison for the alleged sex-related crime.

The man has been identified as Robert Nathaniel Alvizo. He was charged in the 2nd District Court on Friday with unlawful sexual activity with a minor, which is regarded as a third-degree felony. Alvizo was likewise charged with rape of a child and sodomy on a child, considered to be both first degree felonies.

Court documents state that deputies with the Weber County Sheriff’s Office responded to a report of a suspicious vehicle in Hooper. Officers then found Alvizo in a 2004 gray Honda Civic with a teenage girl.

The affidavit further says that the now 14-year-old girl admitted to investigators that she and Alvizo engaged in oral sex, and had engaged in other sexual activities on other occasions.

Alvizo, for his part, was interviewed by police on December 14 and allegedly admitted to three separate incidents of sexual activity with the girl, dating back to last October.

Alvizo was being held without bail. Court documents reveal that the court found that the suspect would “constitute a substantial danger to other persons or to the community or is likely to flee the jurisdiction of the court if released on bail.

While still Seriously Wrong, depending on the math, it is either a juvenile offense or an adult offense?

Prosecutorial prerogative to charge as an adult since the encounters were continuing since then? Maybe if he married her being a Mormon state it all would be kosher then. *shrugs*

Selective enforcement. If they were polygs notHing would have happened