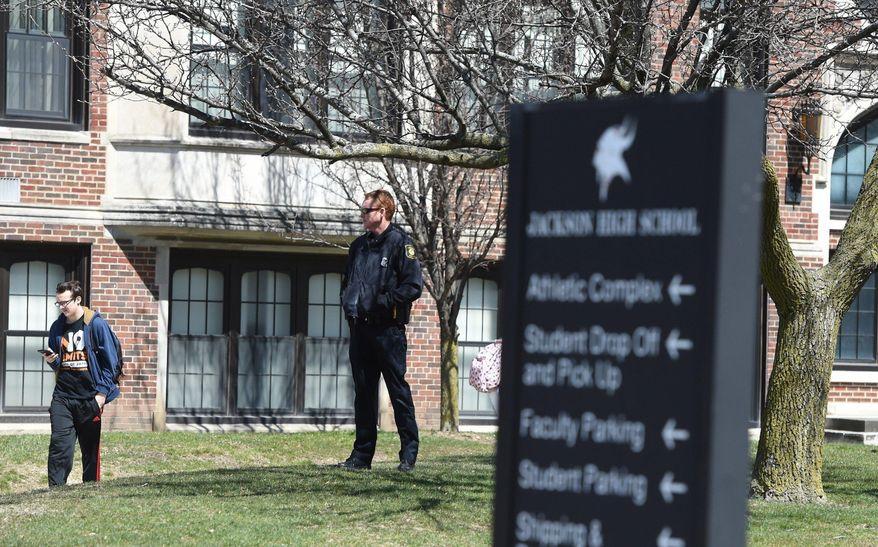 Trump's administration is sending mixed signals when it comes to our Second Amendment rights to firearms, on the one hand he is seeking to arm more teachers at schools, and on the other hand, he is banning bump stocks and declaring legal owners felons if they don't destroy or turn them in within 30 days. So which is it?

Are we allowed to protect ourselves or not? A bump stock makes about .001% of a difference in any situation where you are going to use a firearm in reality. A new proposal announced Tuesday aims to prevent school shootings by arming more school employees and taking guns away from dangerous people.

The President's Commission on school safety was formed after the Marjory Stoneman Douglas High School shooting that claimed the lives of 17 people. Surely that shooter must have had a bump-stock since Trump just banned bump stocks to make people "safer" right? Oh wait, Nikolas Cruz didn't even have a bump stock, so why is Trump banning them and ordering owners to destroy them or face a felony?

It is difficult to believe that the President has Americans' rights to bear arms in mind when he is banning bump stocks and at the same time acting as if more schools should have armed staff. The commission also called on media to stop publicizing the names, photos, and identities of these mass shooters to discourage them from doing it for fame.

The commission chairwoman is Education Secretary Betsy Devos, and she made nearly 100 policy recommendations for state and local governments to consider enacting but does not force them. Devos says the reason they aren't forcing recommendations on states is that there is no "one size fits all" solution to stop mass shootings. So why is a "one size fits all" ban being placed on bump stocks?

Devos told reporters, "Local problems need local solutions." The decision to have more trained adults with firearms at schools will ultimately lie with state and local governments, according to senior administration officials. They said the recommendations are merely options, especially in rural jurisdictions where it may take police many, many minutes to respond to a shooting.

President Trump is supposedly the most powerful man in the world, I'd like to see him use that power to do what he promised.

Amen. Trump needs to do what he promised, he has done a lot of great things so far but eroding our rights to bear arms and chipping away at our guns like a piece of wood being whittled away into sawdust is not what we elected him for.