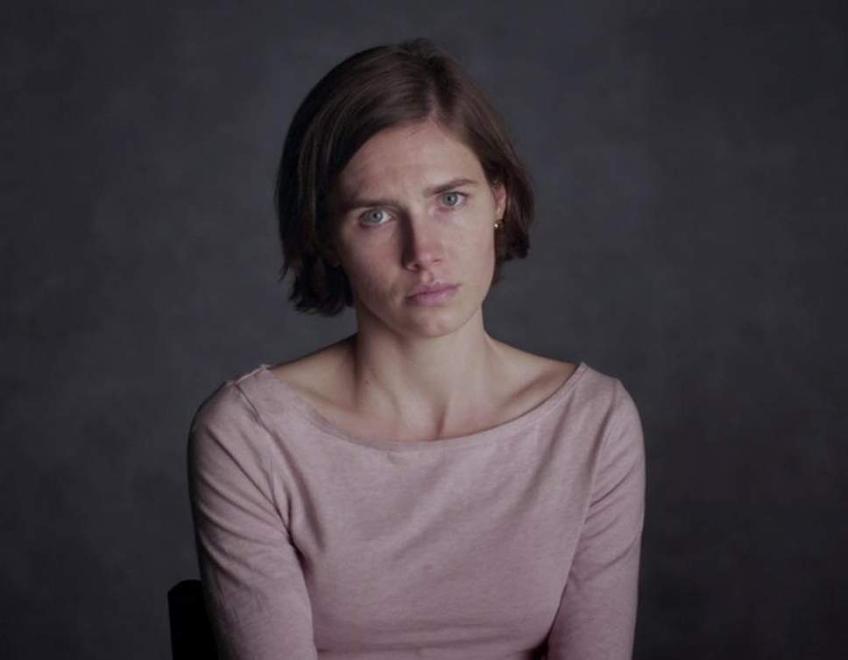 The Netflix documentary details the story of Amanda Knox, the woman wrongly convicted alongside then-boyfriend Raffaele Sollecito for the murder of British student Meredith Kercher in 2007.

Kercher was found murdered in her apartment in Perugia, Italy.

What followed was a media frenzy surrounding Knox, fuelled by Nick Pisa, the lead reporter on the scene.

Most eye-opening quotes featured in the documentary:

Knox in Italy before the murder.

"I was living with these Italian women and a British girl my age who was super sophisticated [Kercher], and we had this beautiful house that overlooked this valley. I was owning it.”

Mignini upon arriving at the crime scene.

“Outside, I saw two young people [Knox and Sollecito]. They were comforting each other with an affection inappropriate for the moment."

Pisa, a freelance journalist for Daily Mail at the time, appears in the documentary providing honest intel on the case which culminated in Knox and Sollecito's acquittal.

The first time directors Rod Blackhurst and Brian McGinn introduce Pisa, in the documentary, is following the announcement of Meredith's death.

Pisa describes the autopsy results and breaking the story.

"To see your name on the front page with a great story that everyone’s talking about - it’s just a fantastic buzz. I'd like to say it’s like having sex or something like that."

Sollecito recounts the time he arrived at the apartment before the discovery of Kercher's body.

“I saw all this mess. It was very weird, and I was a little bit surprised that Amanda took a shower inside her house without having the anxiety of it."

"Amanda had a very unusual way of reasoning. She kept going between dream and reality."

Knox discusses the discovery of the murder weapon with her DNA on it.

“The knife I could not explain. There are no reasons for my DNA to be on the handle and Meredith’s DNA to have been on the blade. It was impossible.”

Sollecito describes his relationship with Knox.

"I was very shy. And I didn’t date girls. So when I was with Amanda, I was so happy to enjoy life and to enjoy my new relationship. Why should I go and murder a girl?"

"Amanda was a girl that was very uninhibited. Hearing Meredith’s friends convinced me if you could imagine a girl different from Amanda in every imaginable way, it would have been Meredith."

Knox upon being found guilty and imprisoned to 26 years in prison.

“Suddenly, I found myself tossed into this dark place. I thought about suicide. I thought about all the ways that I could do it. Me not coming home again until I'm in my 50s until members of my family have died - I was poisoned."

Sollecito speaks about his feelings for Knox following their imprisonment.

“I was thinking about Amanda and I wanted to send her flowers on her birthday to say. "I’m here." But she clearly told me that her feelings were completely changed. Even though I’d known her only for five days, those five days were everything,”

"You could see a lot of coming and going of people without protective suits. In other words, total chaos.”

"You're trying to find the answer in my eyes when the answer is right over there. You're looking at me. Why? These are my eyes - they're not objective evidence

"I get into a line at the grocery store and the person behind me is like 'Woah, it's you. I know you.' And I really want to turn to them and go 'Who the f*ck are you? And you don't know me'."

Mignini on Knox and Sollecito's acquittal.

"If they're guilty and earthly justice didn't get to them, I hope they own their guilt because I know that life ends with a final trial."

Credit: Independent
Pisa explains his thoughts at the time.

"A murder always gets people going; a bit of intrigue, a bit of mystery, a whodunit. And we have here this beautiful picturesque hilltop town in the middle of Italy. It was a particularly gruesome murder: throat slit, semi-naked, blood everywhere. I mean [chuckles], what more do you want in a story?"

In the documentary, he describes getting the world exclusive front cover story of Kercher's autopsy report to "having sex" and says he believes the Italian police force got caught up with some "crazy" ideas that were untrue. Hypocrisy?

Credit: Independent
"But, hey, what are we supposed to do, you know?" he states. "We are journalists and we are reporting what we are being told."

"It's not as if I can say, 'Right, hold on a minute. I just wanna double check that myself in some other way.' I mean, goodness knows how? And then I let my rival get in there first before me, and then, hey, I've lost a scoop."

Credit: Independent
Take a good hard look at how many lives are ruined because if the media. If they were held accountable, things would change. Making up stories about people that simply aren’t true can destroy someone.

Didn't follow that too closely. But from what I saw, I thought she was railroaded.