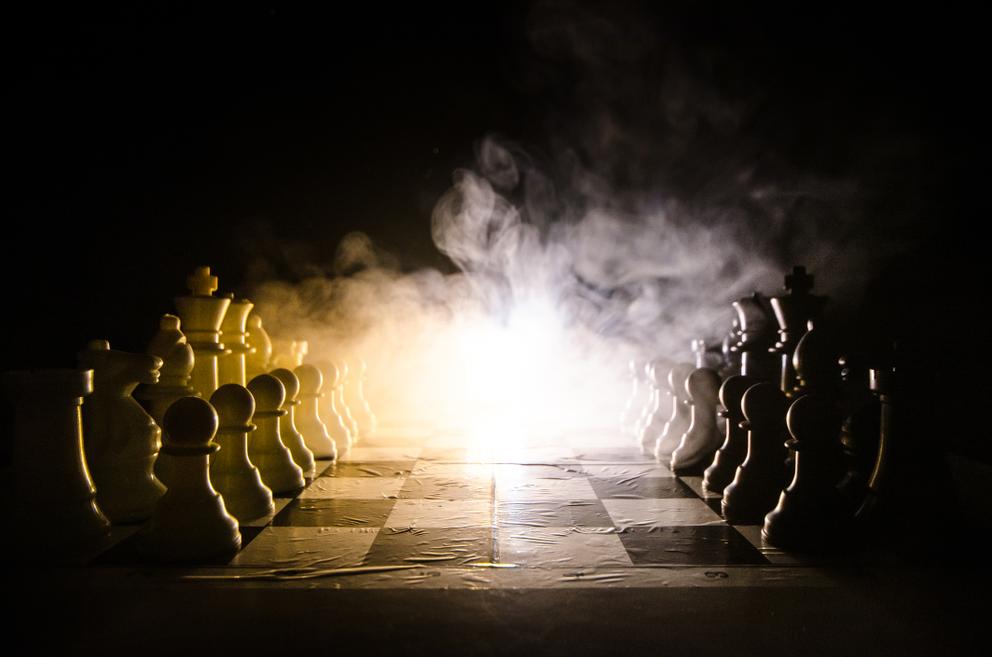 Trump already has the funds to build a wall. He can take five billion from the military budget and pay for it. The problem with that is, the Democrats will tie him up in court for years, and we will never get the wall. Never underestimate President Trump. He has a plan.

The government is partially shutdown. Congress is not in session.

Our troops are returning home to keep peace and aide in mass arrests.

Top brass are resigning to possibly prepare for new roles in military tribunals and Gitmo which has expanded.

The left is in panic mode, as you can see below:

“The Dow is crashing, the deficit is exploding, Mattis and McGurk are leaving, Putin is celebrating, the government is closing, and mister “I alone can fix it” is hiding in his bedroom watching FOX news and rage tweeting. This isn’t just a shutdown - it’s a meltdown.”

The Dow is crashing, the deficit is exploding, Mattis and McGurk are leaving, Putin is celebrating, the government is closing, and mister “I alone can fix it” is hiding in his bedroom watching FOX news and rage tweeting. This isn’t just a shutdown - it’s a meltdown. #TrumpResign

Begin transmission - greetings; this is a message from the anonymous charity also known as the collective

Here are some important dates to note down.

JANUARY 1st 2019. New Executive Order regarding the Uniform Code Of Military Justice (UCMJ) which will enable, for the first time in history, civilians to take part in the US Military court-martial process, thus clearing a path for mass “Deep State” arrests whose trials and sentencing would not impact the normal flow of the US Military justice system. (Barges R ready)

Cause and Effect: Let's Define that further.

Define 'Subversion.'
The act of subverting. The state of being subverted; especially: a systematic attempt to overthrow or undermine a government or political system by persons working secretly from within?

"Section 12. In accordance with Article 33 of the UCMJ, as amended by section 5204 of the MJA, the Secretary of Defense, in consultation with the Secretary of Homeland Security, will issue non-binding guidance regarding factors that commanders, convening authorities, staff judge advocates, and judge advocates should take into account when exercising their duties with respect to the disposition of charges, and specifications in the interest of justice, and discipline under Articles 30 and 34 of the UCMJ. That guidance will take into account, with appropriate consideration of military requirements, the principles contained in official guidance of the Attorney General, to attorneys for the Federal Government with respect to the disposition of Federal criminal cases, in accordance with the principle of fair and even-handed administration of Federal criminal law."

Ask The Question: Why now?

Ask the question: Why Now?

The Democratic Party will cease to exist once it's all exposed.
FAKE NEWS can no longer control and dampen public awareness of the TRUTH.
DARK TO LIGHT.

We have it all. Apache. The Calm has passed. The Storm is Here.

This has been a message from The Anonymous Charity also known as, "The Collective."

Our movement is about replacing a failed and corrupt political establishment with a new government, controlled by you, the American people.

The Washington establishment and the financial and
media corporations that funded, exists for only one reason, to protect and enrich itself.

The establishment has trillions of dollars at stake in this
election - for those who control the levers of power in Washington and for the global special interests.

They partner with these people that don't have your good in mind.

Out campaign represents a true existential threat like they haven't seen before.

This is not another four-year election; this is a crossroads in the history of our civilization that will determine whether or not we the people reclaim control over our government.

The political establishment that is trying to stop us is the same group responsible for our disastrous trade deals, massive illegal immigration, and economic and foreign policies that have bled our country dry.

The political establishment has brought about the destruction of our factories and our jobs, as they flee to Mexico, China, and other countries all around the world.

It’s a global power structure that is responsible for the economic decisions that have robbed our working class, stripped our country of its wealth, and put that money into the pockets of a handful of large corporations and political entities.

This is a struggle for the survival of our nation, and this will be our last chance to save it.

This election will determine whether we're a free nation or whether we have only the illusion of democracy, but are in fact controlled by a small handful of global special interests rigging the system, and our system is rigged.

This is a reality, you know it, they know it, I know it, and pretty much the whole world knows it.

The Clinton machine is at the center of this power structure.

We’ve seen this firsthand in the WikiLeaks documents in which Hillary Clinton meets in secret with international banks to plot the destruction of US sovereignty to enrich these global financial powers, her special interest friends, and her donors.

Honestly, she should be locked up.

The most powerful weapon deployed by the Clintons is the corporate media, the press.

Let’s be clear on one thing, the corporate media in our country is no longer involved in journalism.

They’re a special political interest no different than any lobbyist or other financial entity with a whole political agenda, and the plan is not for you. It's for themselves.

Anyone who challenges their control is deemed a sexist, a racist, a xenophobe.

They will lie lie lie and then again they will do worse than that.

They will do whatever is necessary.

The Clintons are criminals, remember that.

This is well-documented, and the establishment that protects them has engaged in a massive cover-up of widespread criminal activity at the State Department and the Clinton Foundation to keep the Clintons in power.

They knew they would throw every lie they could at me, and my family, and my loved ones.

They knew they would stop at nothing to try to stop me.

Nevertheless, I take all of these slings and arrows gladly for you; I take them for our movement so that we can have our country back.

I knew this day would arrive, it's only a question of when, and I knew the American people would rise above it and vote for the future they deserve.

The only thing that can stop this corrupted machine is you.

The only force strong enough to save our country is us.

The only people brave enough to vote out this corrupt establishment is you, the American people.

Out great civilization has come upon a moment of reckoning.

I didn't need to do this, folks, believe me, I built a great company, and I had a wonderful life.

I could have enjoyed the fruits and benefit of years of successful business deals and businesses for myself and my family, instead of going through this absolute horror show of lies, deceptions, malicious attacks.

Who would have thought? I'm doing it because this country has given me so much and I feel so strongly that it's my turn to give back to the country that I love.

I'm doing this for the people and the movement and we will take back this country for you and we will make America great again.

I’m not worried about this shutdown. Newt Gingrich shut down the government for twenty-one days.

Ted Cruz shut it down for sixteen days. The Affordable Care Act, or Obamacare, was at the center of the nation’s third-longest shutdown.

With the close of the fiscal year drawing near and no spending plan in sight, the Republican-controlled House passed a temporary measure that would keep the government running but would cut funding to implement Obamacare. The Democratic-majority Senate rejected that plan, which was essentially designed to gut Obamacare.

The impasse resulted in a government shutdown in which 800,000 federal employees were indefinitely furloughed, and another 1.3 million were required to report to work without knowing when they would get paid.

I say, don’t concede. Don’t let them win. This will all be for nothing if you do.

Trump made this budget battle about the wall.

Why? He didn’t need too.

Because that’s where he wanted the Dems looking!

I LOVE OUR PRESIDENT AND EVERY SINGLE PATRIOT AT HIS SIDE AND IN HIS SERVICE WITH LOVE AND LOYALTY TO OUR NATION AND WE THE PEOPLE. GOD BLESS AND PROTECT EVERY SINGLE ONE OF THEM AND LIFT THEM TO VICTORY IN JESUS NAME, TO THE GLORY OF GOD ALMIGHTY. AMEN!!!

I stand with my president.
He MUST stand firm & stop this country from total damnation!

Military tribunals -- love that!! It's would seem the only way to get around the corrupt judiciary!!!! Well done Lexy!

I want our country back. PLEASE

I stand with my President. No one ever has the right to sell the American people in exchange for ill gotten personal and sinful financial gain that results in the murder of the United States of America. Mr. President Sir, We The People say,”IT’S TIME TO TAKE OUT THE TRASH AND PUT OUR HOUSE BACK IN ORDER!!!”

Damn right to bring the troops home. Any infantryman knows the enemies are domestic at this point and prays to be unleashed on the same scum that spat on his forebears. Hail Victory!

You can't make this up.
A bunch of loonies believing and commenting on some idiotic, Trump-voter-fantasy, fake "news article."

I can see why you keep following blindly your Dear Leader, the cry-baby, traitor Trump.