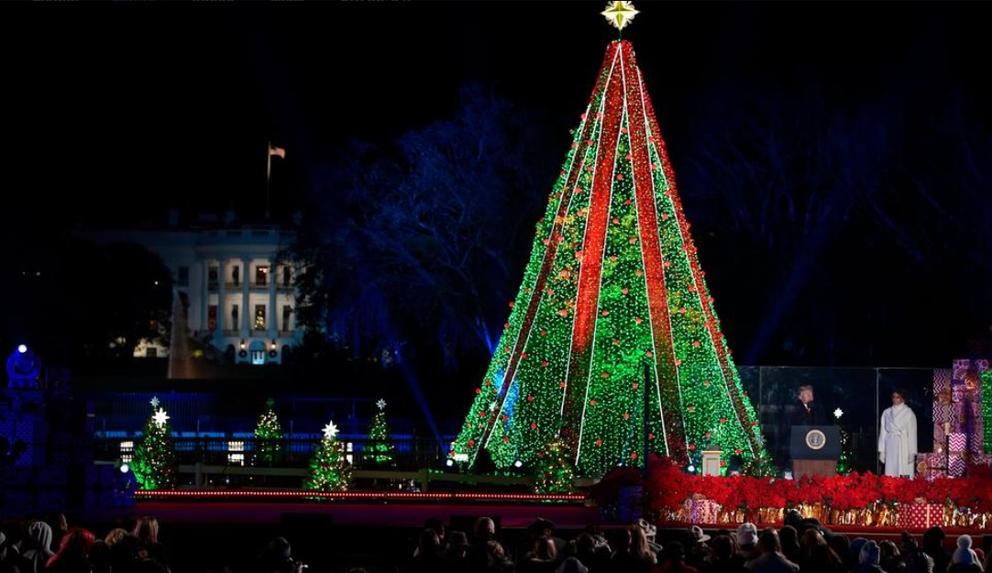 Be Careful Who You Say "Merry Christmas" To, You May Offend Someone

Most Americans grew up with a Christmas tree in their home during the holidays, and perhaps even decorated it with tinsel and ornaments by hand. But the tree isn't truly complete until the Christmas lights are plugged in and the room turns aglow with color as it reflects from the ornaments and the tinsel sparkles. Then there is the caroling, Christmas specials like "Frosty the Snowman", time with family, and gift-giving.

This tradition is carried out by Christians around the world in many countries, some even celebrate where they are the minority or could even face persecution. But in the age of political correctness and SJW outrage mobs, is Christmas under threat? The tradition is set in biblical roots and celebrates the birth of Christ.

You may even remember setting up the nativity each year with the three wise men and Mary and Joseph in a stable with a manger filled with hay and the son of God wrapped in swaddling cloth. With so much Christmas spirit in the air, is it possible that one might become offended by simply being wished a Merry Christmas? According to at least one woman, it is.

Related coverage: In Your Face: Christians Celebrate in Baghdad

Julia Loffe, a correspondent for GQ Magazine writes, "It’s impolite and alienating to assume I follow your religion." She goes on to say, "I like good cheer. But please do not wish me 'Merry Christmas.' It's wonderful if you celebrate it, but I don’t — and I don’t feel like explaining that to you." What could possibly be so offensive about the simple phrase "Merry Christmas"?

People, please stop wishing me a merry Christmas. It’s wonderful if you celebrate it, but I don’t and I don’t feel like explaining that to you either.

Instead of Christmas, followers of the Jewish religion celebrate Hanukkah in December, or from December 2 to December 10 to be exact. Hanukkah is a Jewish festival that commemorates the rededication of the Second Temple in Jerusalem and is also known as the Festival of Lights. Followers of the Jewish religion only make up about 1.4% of the U.S. population with around 5.3 million adherents of Judaism, according to US Census Bureau estimates. Around 90% of all Americans celebrate Christmas each year.

Loffe believes that Christmas is not a secular holiday as some would argue, but rather she believes it is purely representative of Christianity. According to a Pew Research Center survey, around 46% of Americans said they celebrate Christmas as a religious holiday rather than a cultural one. But when someone wishes Loffe a Merry Christmas, she says, "it is alienating and weird". But when the common phrase is spoken to her, she says she responds, "'Thanks. You, too.' But that feels alienating and weird, too, because now I’m pretending to celebrate Christmas."

While she admits that is is not evil or mean-spirited, she is adamant that it is "ill-fitting and uncomfortable" when someone wishes her a Merry Christmas. Loffe expressed her views on Twitter, not the greatest forum for the topic but that's neither here nor there. Needless to say, she was inundated with people wishing her a Merry Christmas!

(no one stop wishing Julia a merry Christmas) https://t.co/KNBa9dmaNV


Aside from the trolls, there was one response I found particularly interesting to Loffe's tweet. Ironically, the comment comes from a fellow Jew and she isn't on Loffe's side.

It's totally easy to just reply "Merry Christmas to you! And Happy Hannukah, Divali, New Year, Kwanzaa, and anything else people are celebrating! Cheers!" Same point as a "yes, and" not a "no, but".
We've already got a rep for being miserable fucks, let's not make it worse.


What do you think? Should we just start now with the trigger warnings for Holiday greetings?

If someone wants to get uppity with me after I try to give them some Christmas Cheer, I tell them "get bent, loser. It's Christmas". For once, I agree with a jew. There is a time and place for everything.

I’m not religious but we celebrate Christmas as it feels good to help people and to give. I am actually waiting for some idiot to give me crap for wishing them a happy holidays, or a merry Christmas so I just give them a dumb look and wish them some more cheer after they sjw-splain thier position.

For years I listened to "Happy Holidays" from every clown that was being programed by big industry. They say Happy Holidays and my response is " Merry Christmas!" Most people laugh and get it. It shouldn't matter what what you say as long as mean to bring good cheer during a special time of the year, no matter what God you serve. If you are offended by me saying Merry Christmas you need to take a close look at what's inside your mind and your soul. We will ALL see how it all plays out in the end. Merry Christ Mass

Oh please! I don't get offended when some says HAPPY HANNAKAH, OR HAPPY DIWALI... GROW UP DUMBASSES!!!

WHATEVER HAPPENED TO LIVE AND LET LIVE? ME ME ME I I I… HATERS!!! WHO GIVES A RATS ASS?!!!