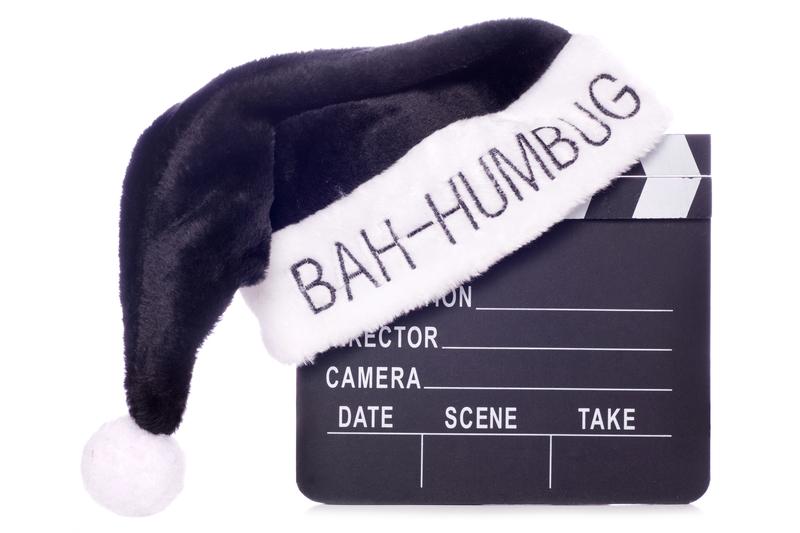 These Unconventional Christmas Movies Are Antidote To "A Christmas Story" Overdose


This year, like every other year in recent memory It's A Wonderful Life will play during prime time and A Christmas Story will take over TBS' programming line up with a 24-hour marathon. Other
Christmas classics like various versions of A Christmas Carol, Home Alone and others will certainly show up again and again as well. This article is a short and by no means exhaustive look at some alternative, non-traditional Christmas favorites of mine.

When I saw Melania get some guff about the red trees in the White House, I completely understood. During the dark time of year near the Solstice, I tend to watch a lot of thrillers and horror movies as the days get shorter and the dark gets longer, to each his own.

Everything Is Problematic: Christmas Music Edition

Speaking of horror movies, though it's not a traditional horror film and doesn't overtly scream "Merry Christmas" Eyes Wide Shut by Stanley Kubrick I think deserves a spot near the top. It's a dark, paranoid thriller that some have claimed is a metaphor for Illuminati mind control and human trafficking.

If you're looking for a dark double feature for Christmas chase Eyes with American Psycho. American Psycho is another one that uses the juxtaposition of Advent to bring to light contrast between the spirit of the season and the rampant materialism of 80's yuppie culture. Both movies feature several scenes with Christmas decorations in the background you may not have noticed the first time.

Other subliminally Christmas movies from the action genre like Die Hard, Die Hard II, Lethal Weapon and Rocky IV could lend themselves to a Christmas marathon. Some have argued that even Rambo can be considered a Christmas flick, so feel free to include it.

If you're leaning towards fantasy flavored action, there's always Tim Burton's Batman Returns. You could mention Gremlins in this category as well, I suppose, though I'm not a huge fan personally. Instead of Gremlins, I'd throw in the Norwegian film Rare Exports which uses the original pre-St. Nick Santa Claus myth of Krampus to build a holiday horror around. Krampus, in case you didn't know, was a scary sort of monster dude who used to club kids and put them in a sack around Yule season if they hadn't behaved all year.

Another movie you can add is Steve Martin's Mixed Nuts (which is mentioned as being called out for "insensitive" themes in Everything Is Problematic: Christmas Movies) and Ackyroyd and Murphy in Trading Places which are more cheery, than a lot of the rest of the list but still quirky, holiday season comedies. Billy Wilder's The Apartment in case you need a comedy that's also depressing, as it's rife with suicidal depression and alcoholism, all oft-forgotten benchmarks of the season.

Mystery Science Theater 3000 has a few holiday hits. Santa Claus and Santa Claus Conquers the Martians are classics and likely funnier than any of the previously mentioned movies. There are also a few Santa and holiday-themed films from Rifftrax.

If you've got any unconventional holiday movie choices, sound off in the comments section.
Share this article

trying to find snow white and the seven dwarfs in the carrot patch ,, must be not released yet.. eye wide opened to see a few movies .. but rural life here .. no cinema or tv stations .. just real natural events , thank you for some of titles yet sorry but real life is better..

I agree. The world of pretend is way over-rated! Mind control from a little electronic box??? Maybe my New Years resolution will be no electronics for a year. Old style phone in the house I have to lift off of a receiver may be just the answer. And if I don’t pick-up........try again later.
I don’t think I could be more serious.