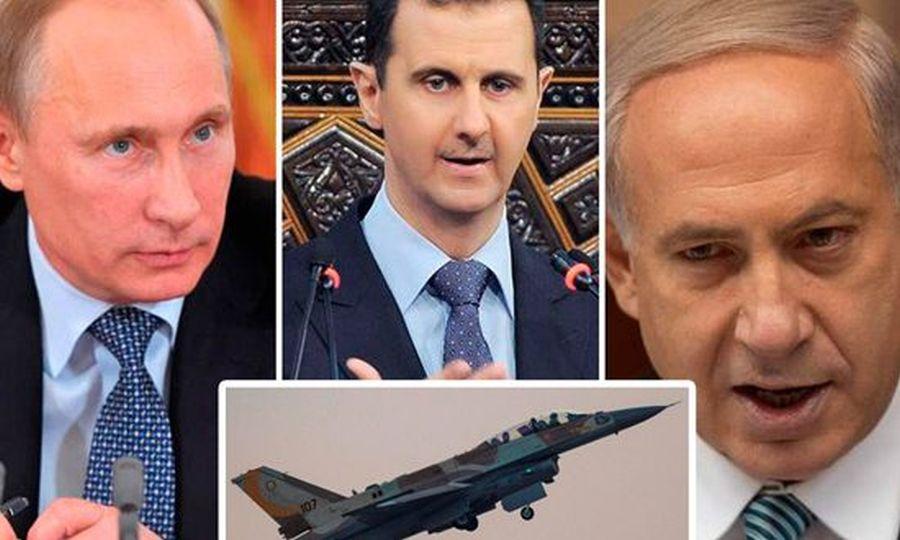 There's breaking news to report on this Christmas day from inside the sovereign nation of Syria, where reports claim that airstrikes have hit near the capital of Damascus. This comes just days after President Trump ordered a US troop withdrawal.

Author's Note: We can neither confirm nor deny the authenticity of any of the allegations, at this time information is insubstantial.

Video has surfaced from inside Syria proclaiming that Syrian Air Defenses have responded to “enemy objects,” alleging that Israeli Forces are responsible for firing on Syria.

Friends in Damascus sent me this video of the alleged Israeli attack in the city.
The Tel Aviv regime have no respect for the thousands of Syrians celebrating a national and religious holiday today. Instead they chose to Terrorise the residents with their military violations pic.twitter.com/37SXb72YYp


The Israeli pundits and social media reports seem to suggest that Israel indeed opened fire, but are alleging that all targets are Iranian inside of Syria.

The Jerusalem Post has confirmed that Israel's air defense systems have opened fire, but are claiming it was in retaliation.

“Israel’s air defense system was launched Tuesday night against a Syrian anti-aircraft missile following an alleged Israeli airstrike over the capital of Damascus,” the report says.

Many of those on the ground inside and around Damascus claim that the Israeli forces have fired missiles on Christmas night, as families were enjoyed the holiday leisure from within their homes.


Others are condemning Israel for their aggressions on the Christmas holiday, saying that it implies a lack of respect for the religious world's most precious holiday.

Ok - #Israel, I understand your issues with #Iran in #Syria but what anout it is #Christmas day!!! No more respect for religious holidays! Just unbelievable!


Despite acknowledging responsibility, Israel reports that the launch was carried out from the northernmost region, near the city of Hadera.

Syrian state media confirmed on Tuesday night that regime’s state of the art air defenses has intercepted “hostile targets,” but declined to give further information.

The Syrian Observatory reports that Israel has bombed what they're alleging are “Iranian” weapons factories inside of Syria, near Damascus.


As of now, all reports are to be considered taken with a grain of salt, from both sides of the conflict.

Concerns among Americans remain in the fact that President Trump has ordered a complete US troop withdrawal from Syria, only for this coincidental series of attacks to occur shortly afterward.


Americans have grown increasingly tired of endless wars, especially those of which seem to offer little to no benefit to America.

Syria's sovereignty has long since been violated, in what would appear to be a feckless war without an end in sight, until Trump's recent withdrawal command.

This is a breaking story; we will update as soon as additional information is provided.

hum main stream media never did care and i blame them and their games over the worlds population... they always need drama to make a $ , perhaps a income could be done another way... ~ has anyone tried that ... to have such extreme control over one country called the usa and norad ies .. is the most sick game to others that got conned... world wide different factions in locations that stir the public and services are in for a different timeline.... stay safe anywhere ... but thanks for posting the huge amount of pedos and the body counts ... that is just a few isn't it.. um the ancient history well all will egg on their faces... take care and do have a better rest of this Christmas Day not sure about Jan 1 and after ... leave that to your site... history is fascinating. not easy just wow .. now go party before it is dec 26 ..

When I first heard this they said it was American , French and British than was firing on Damascus. Around 11:00 est. But nothing on the cable news about it.

Ficking Kews doing what they do best, starting up a shitstorm