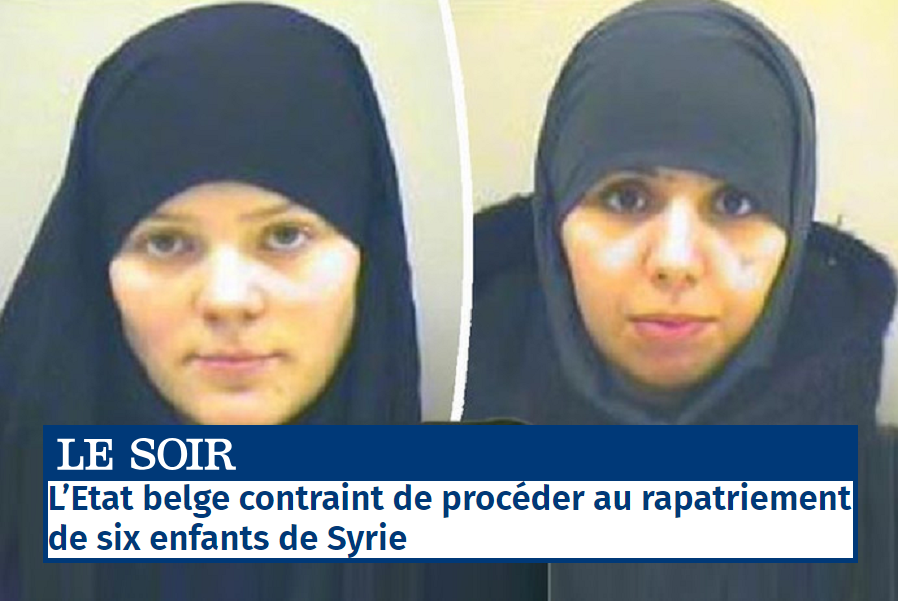 In a verdict that could have severe repercussions for governments across western Europe, a Brussels judge ordered the Belgian state today to start repatriating the 6 children of former IS-fighters who are currently living in a Kurdish refugee camp in Syria.

Germany, the UK, France and Holland all have children of nationals living in those camps and it can be expected that their nationals will now launch a similar court case.

The Brussels judge-judge has decided today that the wives of IS-fighters, Ms Tatiana Wielandt (26) and Ms Bouchra Abouallal (25) and their six children will have to be repatriated to Belgium. The mothers, who hail from the Belgian town of Borgerhout are stuck with their children in the Kurdish camp Al-Hol and had launched court cases via an NGO.

It is the second time that the judge decides on the case. A previous case was dismissed as the judge ruled that the Belgian state has no jurisdiction in war-torn Syria, and that Belgium can therefore not be obliged to repatriate the children from the country.

The judge has now changed his mind and obliges the Belgian State to take all necessary and possible measures to enable the six underage children (and their mothers) to travel to Belgium from Syria.

Belgium is thereby obliged to engage diplomatic staff and make contacts and agreements with the local authorities in order to have the necessary administrative, travel and identity documents delivered to the children and their mothers. Both the children and the mothers must then return to Belgium within a reasonable period.

The ruling states that “the Belgian State must do so within 40 days of service of the decision. If not, she must pay a penalty of 5,000 euros per day of delay and per child, limited to a maximum of one million euros."

Neighboring Holland has as much as 175 such ‘children of the caliphate’: children with one or two Dutch parents who were taken to Syria by people wanting to fight in the war against President Assad’s troops or who were born there during the war. Germany has even more.

Most children are four years or younger. Ever since the collapse of Islamic State caliphate in Syria, most European governments have made it clear they would not be taking steps to repatriate these nationals, leaving it up to the Syrians and Iraqis to do as they please. It is unclear exactly how many children that could claim European nationality are in this position.

Intelligence services fear that some of the children are dead; others are with their mothers in a refugee camp or in prisons set up by the Kurds.

A part of them still remains (sometimes without their, fallen, parents) in the area that is still under the control of IS or other jihadist groups.

Dutch Minister Grapperhaus indicated earlier this year that it is 'too dangerous' to get the children. He wants to help them from the moment they report, with their father or mother, to a Dutch consulate in Syria or Iraq. The Belgian government has not yet reacted to the ruling.