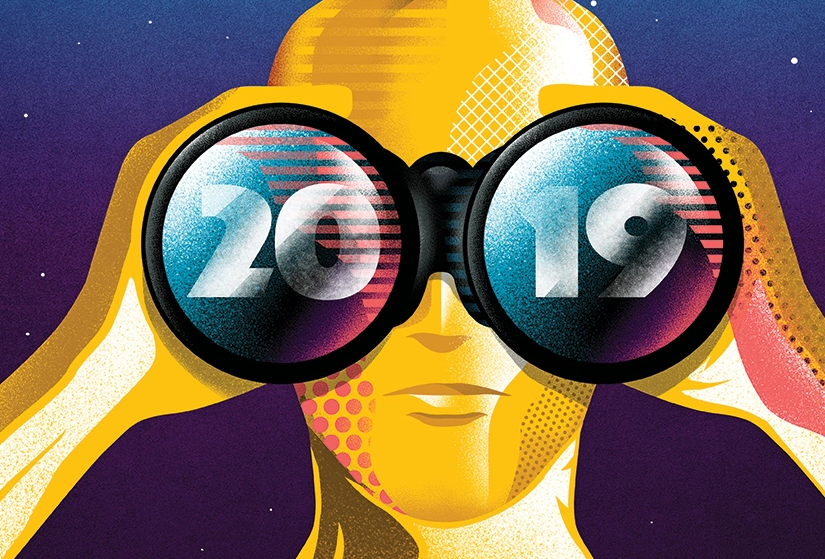 Since it will be a brand new year a few days from now, predictions are in vogue again with many people both excited and anxious about what 2019 has in store, not just for their individual lives but for the political and global scene as well.

Baba Vanga, the famous blind Bulgarian mystic whom some people even refer to as the “Nostradamus of Balkans”, may have died more than twenty years ago, in 1996, but her predictions are said to remain relevant until today.

Trump's going to go deaf, someone will try to kill Putin and Europe will suffer a financial collapse: What blind mystic Baba Vanga says will happen in 2019 after 'predicting' 9/11 and Brexit pic.twitter.com/uN5UWPriG8


Vanga died at the age of 85 and was “credited” for “correctly predicting” about 9/11, Brexit and the rise of ISIS, among others. She has become such a cult figure among conspiracy theorists who claim that she was also proven true in predicting a massive earthquake-tsunami wiping out large parts of disaster-prone Asia.

Baba Vanga predictions for 2019 goes viral. And this time a political crisis is brewing #babavanga #politicshttps://t.co/CJNUdIDfYo


The current biggest world leaders are not “safe” from Baba’s bold predictions. According to her believers, she has predicted 2019 to bring some bad news for political heavyweights, no less than President Donald Trump, and equally controversial world leader, Russian President Vladimir Putin.

It is said that Baba predicted trouble for both leaders in 2019. Her prediction has been read as that of Putin facing an assassination attempt from somebody inside his own security team.

It is not exactly a shocking and far-fetched prediction as Putin already survived at least one major assassination attempt in 2012.

Baba also predicted that a “meteorite” will land in Russia.

As for America’s own President, it is said that Baba predicted that Trump will lose his hearing due to a mysterious illness, and worse than that, the American President will also suffer “brain trauma.” Such prediction has some similarities with what happened to American diplomats in Cuba and China who suffered a puzzling illness that causing hearing loss.

Such is believed to have been caused by “overexposure to pulsed radiofrequency/microwave electromagnetic radiation from bugging or surveillance.”

Baba may have her own loyal and “blind” supporters, but she is not without her share of critics and doubters who dismiss her predictions as nothing but “garbage.”

Those prophecies of Baba Vanga are nonsense, so no need to be worried. Only one person from history seems to have been able to give clues about the future and that was Nostradames, but he did not predict it but was only describing what he saw from his limited understanding!


Of course, both Putin and Trump enjoy stringent security measures to ensure their safety and protection, not to mention the great medical attention Trump has easy access to.

They may be in vogue these days until the first few weeks of the incoming new year, but predictions need to be taken with a healthy dose of cynicism, if not humor because they can get really funny in their wild imaginations.

Hillary goes deaf not trump, as in hears no advice.

Whether you believe or not is up to the individual. When it comes to attacks or assassination attempts, I tend to take notice and pay attention more.

Pelosi,Schumer and McConnel will going deaf because the three are deaf , dumb and blind anyway. as for Trump he will call for Martial law and many of our leaders will be jailed for treason and sedition at all levels of government including local and state. It is going to be a very tough year for all democrats including rinos but most of al federal judges will be locked up for high crimes against the nation.