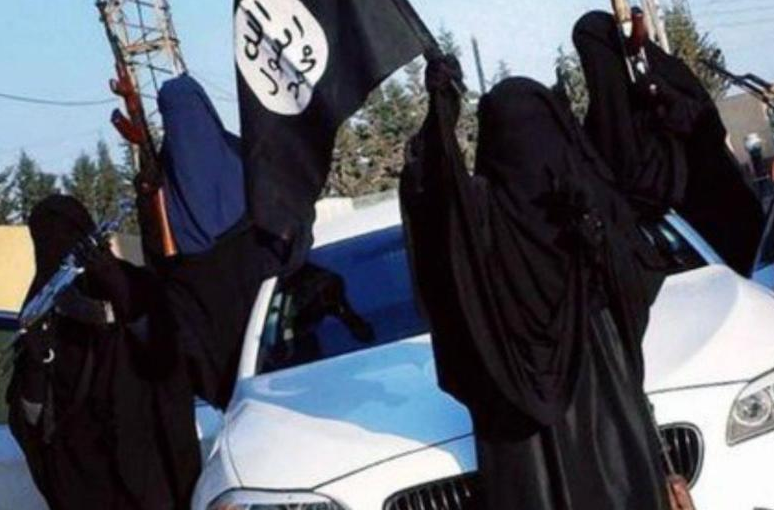 A Munich prosecutor has declared the details of his case against Jennifer W, a German 27-year-old who was arrested this year in Schwaben for fighting alongside IS. She had first left Germany in August 2014 and travelled via Turkey and Syria to Iraq where she joined IS the following month.

In January 2016, Ms. W. visited the German embassy in Ankara to apply for new identity papers. When she left the mission, she was arrested by Turkish security services and extradited several days later to Germany. While building the case against, German prosecutors initially allowed to return to her home in the state of Lower Saxony.

“A 27-year-old #German female citizen identified as Jennifer W. has been charged for murder by a court in #Munich.” https://t.co/aX6w8bTRg0

When she tried to travel back to Syria in June 2018, she was arrested.

Now that they have made the details of the case against her known, the German public is outraged.
According to the statement of the public prosecutor, Jennifer W was part of the so-called "morality police" and patrolled the parks of the occupied cities of Fallujah and Mosul.

"Her task was to ensure that women comply with the behavioral and clothing regulations established by the terrorist organization."

"Jennifer W", a westerner from Germany who joined ISIS, allegedly aided her husband in purchasing a "slave"; the 5 year old girl was later chained outside the property that the westerner colonized in Iraq, #ISIScrimes ; reminds me of the Shoah. #AfterISS https://t.co/HC2S8Djsig

"For intimidation, the accused carried a Kalashnikov assault rifle, a pistol, and an explosives vest."

When IS captured the Yazidi minority, Jennifer W. and her husband, also a jihadi, bought a 5-year-old girl as a household slave in 2015.

"After the girl fell ill and wet her mattress, the husband of the accused chained her up outside as punishment and let the child die of thirst in the scorching heat."

"The accused allowed her husband to do so and did nothing to save the girl."

After her return to Germany Jennifer W. acted as an administrator in Jihadi Telegram chat groups including one named „FreeOurSisters“: https://t.co/HHUSGAc6V4 /3 #terrorism #ISIS #daesh #justice

Ms Jennifer W, a German national, also faces murder and weapons offences charges. If she is found guilty in the terrorism court in the city of Munich she faces a maximum sentence of life in jail. The German Ministry of Justice is yet to set a date for her trial.