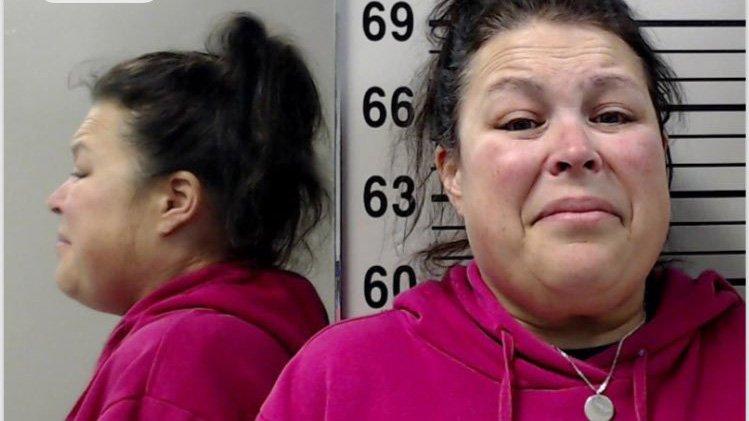 A mother from Illinois knew all along that her young daughter had diabetes, but for some strange reasons, she hid the important health information from her daughter’s doctors, friends, and family including her child’s father for five years. Tragically, the 14-year-old daughter died of complications of untreated diabetes.


The mother will not go scot-free as she has been charged with involuntary manslaughter for her own child’s death. 39-year-old Amber Hampshire is also charged with endangering the life and health of a child.

Hampshire was charged on Thursday after she turned herself to authorities. Her daughter died on November 3 from diabetic ketoacidosis.

Alton mom Amber Hampshire charged with involuntary manslaughter and Endangering the Life or Health of a Child. Her daughter Emily Hampshire died Nov 3, 2018 after falling into a diabetic coma. Prosecutors say Amber hid her daughters diabetes diagnosis for 5yrs pic.twitter.com/nZXkF8OwjK


Prosecutors argue that Hampshire has contributed to her daughter’s death as they alleged that the child, Emily Hampshire, developed ketoacidosis because of the mom’s failure to provide the medical treatment she needed for her diabetes when she opted to conceal the crucial condition even to Emily’s doctors and her own father.

The American Diabetes Association says ketoacidosis happens when a person’s body does not have enough insulin to burn glucose, which serves as the body’s normal source of energy and instead starts to break down fat. Had the doctors known this crucial information, they would have advised the patient what to do since she faced real danger as high levels of ketones act as a poison in the body.

Emily suffered a medical emergency on November 1 when she became unresponsive, prompting her family to call 911. She was brought to St. Anthony’s Medical Center in Alton and then was moved to Cardinal Glennon Children’s Hospital.

Emily’s parents including dad Zachary told police officers and medical staff that she had been sick for the past couple of days already and suffered from vomiting, diarrhea, and nausea before she became unresponsive on the morning of November 1 this year. The child died two days after being admitted to the hospital.

Medical records later revealed that Emily was diagnosed with diabetes in November 2013. She was prescribed with insulin as “’routine medicine”, while the mother and daughter were both given guidelines on the girl’s dietary and medical requirements. The child was also scheduled for three follow-up medical appointments to check on her progress.

Sadly, Emily was never brought to the hospital for any follow-up checkup. It is not clear as to exactly why the mother kept the crucial health information to herself and did not adequately attend to her child’s medical needs- something that could have saved the girl’s young life.

There is, however, some disturbing information that says Hampshire once told the administrators of her daughter’s school where she also once worked, that the diabetes diagnosis on Emily was “wrong” and that they should just ignore any medical notification about it.

Sounds like mother was too ashamed of her genes and the fact she passed on the condition to her daughter. Combine that with dangerous stupidityon the level of the inability to administer her prescribed insulin and take her daughter to follow-up appointments.

That SHAME obviously led to her secret keeping and lying to herself and her husband and probably her daughter too, all because she was overwhelmed, incapable, and ashamed. So believing she was in her own lie that she asserted to her daughter's school admin that the diagnosis was WRONG? wow...

On the other hand, it's entirely unacceptable that Emily spent TWO DAYS in the hospital before she died. During those two days, surely any capable team of doctors would be able to determine the condition of the patient and administer necessary life-saving medication which was ON SITE. Especially considering they were supposedly provided with all of Emily's previous medical history and condition/symptoms over the past two days before the hospital, then two days at the hospital.

Amber and Zach better get a damn good lawyer and sue the crap outta that negligent hospital. Or perhaps just Zach should sue....

Alton Il hospitals ERs are shitty. They were probably worried that she might want pain meds so ignored her. I will check around and see if anyone I know has any information about the family.