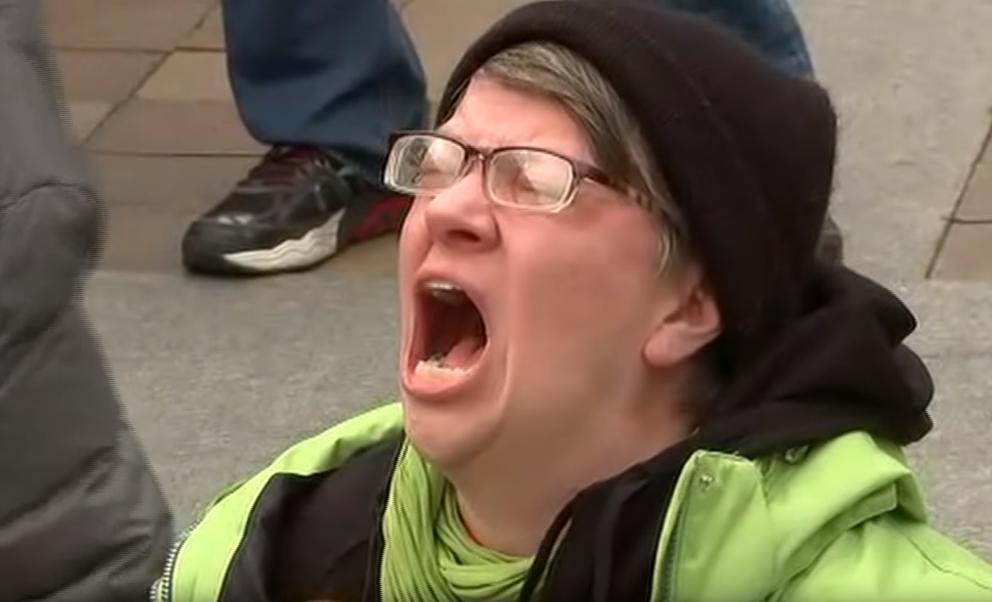 Everyone knows that there are more and more cameras recording our every move, but one underrated benefit of this is getting to see all of the liberal meltdowns caught on camera! There are so many examples of far left loonies going bonkers; let's take a look at a few of the best meltdowns of 2018.

Our first video shows a soyboy in his natural habitat having a mental breakdown in front of a conservative student. Why is this grown man who is screaming at the top of his lungs calling the quiet and composed conservative student an "Entitled white piece of shit"?

Next up we have yet another triggered liberal student losing her mind because.. Trump? Oh, and this lovely piece of work assaults the guy filming, that's always nice.

Watch this woman try to claw her way into the Supreme Court's heavy wooden doors. This is what happens when you grow up being taught that you can do anything. I mean, if Superman can do it why can't she?

Here we have an Obama voter attempting to make an illegal withdrawal from a bank by shouting "I'm gonna blow this bitch up and everybody in this mother fucker!" Yeah, that's a great idea.

Let's wrap up this shit show with a short compilation of some of the most low-life liberals out there losing their minds. Don't forget about comedian Kathy Griffin holding a decapitated Trump head, Maxine Waters openly calling for attacks on Trump supporters, or Samantha Bee calling the daughter of the President of the United States a "Feckless C*nt." Ivanka has more class in her pinky finger than all these women combined!