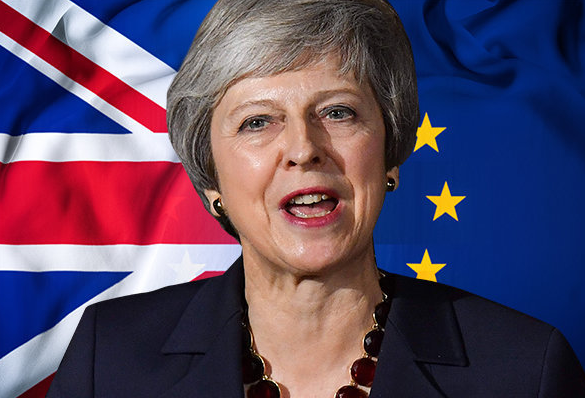 Questions have once again been raised over the Tory Government's preparations for a so-called no-deal Brexit (which would happen if the EU and the UK fail to reach a deal by 29 March 2019), after it emerged a £13.8 million contract to operate extra ferries on the British Channel was awarded to a company with no ships.

Three companies were awarded government contracts totalling £108 million last week in order to ensure that goods could be crossed on the British channel in case of a hard Brexit and subsequently expected long delays at customs and EU borders. To make sure that the pressure could be taken off the main port of Dover, the government of PM Theresa May instructed British companies to plan for other routes and foresee extra ships.

The contracts had already been criticized because the usual procedure of public tender offering had not been followed due to time constraint. According to the British Ministry of Transport that was due to the 'urgency of the situation.'

However, it now appears that one of the contracted companies, shipping company Seaborne Freight, which has to sail between Ostend and Ramsgate, has no previous experience with ferry connections. In fact, the company does not even own ships.

Seaborne Freight would only plan to buy ships and deploy between Ostend and Ramsgate just before 29 March, the day the United Kingdom leaves the European Union. The shipping company wants to start with two vessels, and in the summer expand with two more ships.

Jean-Michel Copyans is the director of Seaborne Freight. Previously, a director of MyFerryLink, a company that went into liquidation, he has been given the contract of shipping medicine and food to the UK; although the company has never done this before.

Nothing to worry about. pic.twitter.com/Be6SDJN4wh

The question now arises as to how a shipping company without ships could win a government contract worth millions, for an operation that should start within a few months.

“Has the British government investigated which company it has done a deal with?” conservative councillor Paul Messenger from the city of Ramsgate asks.

"Why choose a company that never moved a single truck in their entire history and give them £14m? I don't understand the logic of that."

Seaborne Freight admitted in a press statement that the start-up of its ferry connection has been delayed by a month and a half.

As a result, it is not possible to start until the end of March, instead of the foreseen date somewhere mid-February. Furthermore, the company says it has been working since 2017 to revitalize the ferry connection between Ostend and Ramsgate. It ceased to exist in 2013, after the bankruptcy of TransEuropa shipping company. “During this development phase, suitable vessels were searched, agreements were made with the ports of Ramsgate and Ostend and staff was hired,” the company claims.

Utter shambles. #SeaborneFreight is not prepared for ANYTHING. No ships. No plans. No staff. Already experiencing a delay of 2 months.. How could they be working on a plan for 2 years if they were not given advance warning that this was happening? https://t.co/GueyC4e8nw

The British government meanwhile said it was aware that Seaborne Freight does not have any ships yet. It’s statement read: “We knew that it was a new shipping company that would provide ships as part of its services. As with all contracts, we carefully reviewed the commercial, technical and financial position of the company before anything was signed.”

"why choose a company that never moved a single truck in their entire history and give them £14m?" Call me a cynic but I suspect corruption.