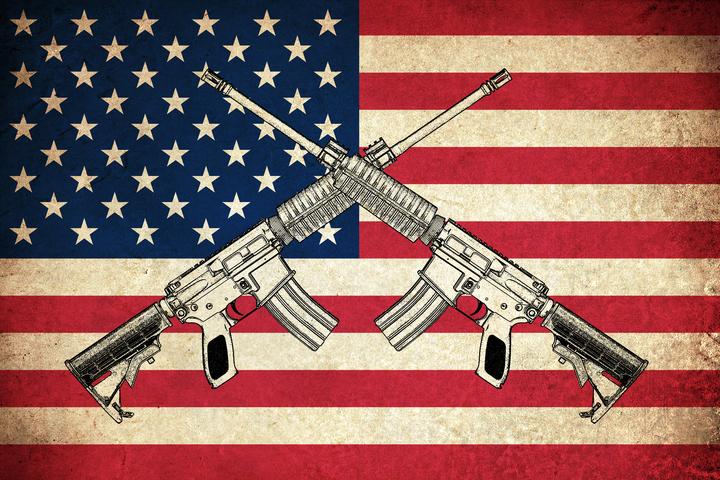 Back in March 2018, Youtube declared another war on guns. They banned anyone selling guns or accessories via direct sales or even having links to sites that sell them. Also banned was any instruction on manufacturing firearms or associated items like magazines or suppressors.

Youtube took down, threatened and demonetized thousands of channels. Many of these channels were in no way close to violating this new policy. Peruse the videos in the channels below posted during that period. Honest, talented, hard-working folks like 22Plinkster were targeted. Check out his channel. This guy isn't doing anything sinister. He shoots playing cards.

With over a half million subscribers and close to eighty million views, 22plinkster should be getting a fat Youtube check every month. Not so. The company demonetized him.

All of the informative and entertaining channels that follow have had the same experience. Many of them, such as Demolition Ranch, spawned new businesses as a result of Youtube's hatred of guns. The Goldwater will be doing a profile article on Matt Carriker and Bunker Branding later this month.

Matt Carriker is a practicing veterinarian in Boerne, Texas who loves shooting things. All kinds of things. His loyal following, known as The Demolitia, are also fans of his two other youtube channels Off the Ranch and Vet Ranch. Carriker founded merchandizing company Bunker Branding and has recently asked The Demolitia to help plan a gun-themed resort.

According to their profile on Full30.com: "We are a very unique gun channel that covers a wide variety of subjects. Your source for shooting, gunsmithing, handloading, and gun tests, as well as redneck science experiments, gun torture tests, and other interesting hijinks." Eric Blandford is known for his "meltdown" videos in which he tests select-fire guns until they fail, and often combust.

Shut down by Youtube in 2016 and again April 2018 for questionable reasons, Greg Kinman, AKA Hickok45, is a retired middle-school English teacher and former police officer. From his property in Tennessee, he demonstrates firearms, both historic and modern with an emphasis on their history and function. Hickok45 is known for his pumpkin carving skills and was promoted by Jay Leno back in 2010 on The Tonight Show.

According to their Full30.com profile: "Military style small arms are an important part of our culture and freedom. We celebrate military history and our 2nd Amendment rights." Former Marine, Tim Harmsen hosts an all-encompassing show about firearms. He has, on rare occasions, discussed politics surrounding the Second Amendment, but focuses on thoughtful analysis and practical reviews.

22plinkster debuted on Youtube after a challenge from a friend to shoot a golf ball at 100 yards with a pistol. He's sponsored by Federal Firearms and quoting from their site: “Trick shots are cool, but people also really like videos on other fun aspects of shooting, like how many cans of silly string a .22 long rifle will go through,” he said. “If you split a playing card through a Girl Scout cookie, you probably won’t get more than 50,000 views. But shoot a hole in a steel-toed boot and you might get 200,000 the first month.” Plinkster (whose name we'll keep private) is known for some spectacular shots including "Drug Abuse" where he shoots an aspirin off a balloon and hitting a falling drop of water.

According to his Youtube profile: "I am an Attorney and Owner of N.O.I.R. Inc. A production company dedicated to the Modern Firearms Industry and Lifestyle. I am the Host of the show 'NOIR' on www.nrafreestly.net. I'm an NRA News Commentator, 2nd Amendment Advocate, Reviewer of All things Gun, an Urban (City) Gun Enthusiast and One of Many who personifies "The Pew Pew Lifestyle." Most People just Call me COLION NOIR." He does not shy away from politics and was recently a guest on Fox News' Tucker Carlson Tonight.

All of the above gentlemen (and quite a few ladies who we'll get to in our next listing) have been treated unfairly by Youtube. Whether their channels are educational, political or just plain fun, all promote gun safety and deep respect for the Second Amendment. Draconian Youtube is now starting a fresh round of bans in the wake of the recent bumpstock legislation. Their policies and actions have no place in The United States of America.

they can now join the long list of constitution lovers who've been banned from GoogleTube.

AND WHEN THE TIME COMES THE CENSORING CONSTITUTION HATERS CAN JOIN THEIR FATHER OF LIES AND ABOMINATION IN THE PITS OF ETERNAL HELL FIRE!!!

That's insane that Hickok45 is at a BILLION views. They should be treating that guy like royalty.

This's outrageous and I hope these men & women don't take it lying down! YouTube has violated their–OUR Constitutional Rights–Both 1A and 2A. They even violated their own rules at that time. I would hope these people file a Class Action Lawsuit, and if they can't I'd like to know why. Democrats are attempting to destroy our Constitution–The Law of the land they've been threatening to change. They must be stopped!

We should all file a class action law suit because they are not just violating the rights of the speakers but also the rights of the listeners!!! Free speech is a two way communication. Those who speak and those being spoke to. WE ALL QUALIFY AS VICTIMS!!!

NOT ONLY THAT BUT THEY ARE GUILTY OF TREASON BY TRYING TO DESTROY OUR CONSTITUTION AND TAKE DOWN A DULY ELECTED PRESIDENT. BECAUSE THEY CANT WIN ELECTIONS WITHOUT CHEATING THEY ARE NOW CALLING FOR THE DEMISE OF ELECTORAL COLLEGE. THE PENALTY FOR TREASON IS DEATH! AMERICA IS UNDER STATE OF EMERGENCY. MILITARY TRIBUNALS SHOULD TAKE DOWN THE TERRORIST TREASONOUS LOT. ESPECIALLY LOW CLASS GUTTER MAGGOTS SERVING IN OUR GOVERNMENT AS REPS THAT SAY OF OUR DULY ELECTED PRESIDENT "WE ARE GOING TO IMPEACH THAT MOTHERF******". AND >>>
Nancy Pelosi on Rep. Rashida Tlaib 'impeach the motherfucker' comment: 'I don't think we should make a big deal of it. I really don't. I really don't.'

MEANWHILE OCASIO KUMQUAT IS CALLING FOR AN 82% TAX.

THE DEMOCRATIC PARTY HAS DEVOLVED INTO NOTHING LESS THAN A TERRORISTIC MAFIA THREAT TO OUR GREAT NATION AND ITS CONSTITUTION AND LIBERTY OF ITS PEOPLES. TIME FOR COURTS MARTIAL AND MILITARY TRIBUNALS!!!

Google is such a faggot factory, all they promote is degenerate scum puking out their hatred of science and nature. They lose constantly and try to manipulate reality to suit their needs but the truth just can't be stopped.

This could maybe solve the situation but its outside of the box. Have the government break up the monopoly with antitrust laws like they did to ATT or simply de-regulate the environment(internet). Turn the computers off and actually get out and enjoy the world around you. Let the advertisers figure out that they are wasting billions on a platform we refuse to use. No more telling on each other through social media and "posts". Literally have a hard line phone in your home that if someone wants to reach you and your not there......you will get back to them at your convenience.