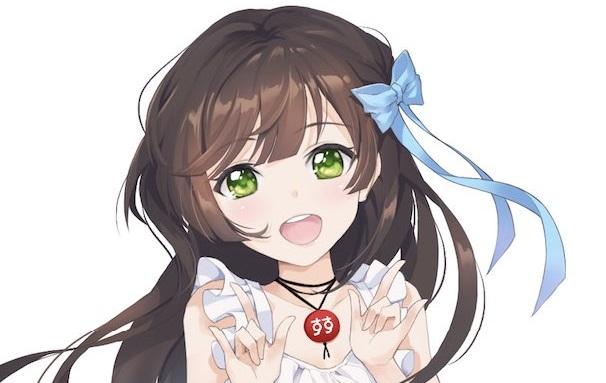 Can Blockchain Save Anonymity And Free Speech Online?

According to Freedom House, Internet freedom in 2017 dropped for the seventh year in a row. Government-sponsored censorship, web scraping, invasive marketing and the growing prominence of Big Data all represent just a few growing threats to free speech, privacy and anonymity online.

What's worse, it appears that in the past several months some of the most vaunted and supposedly "tried and true" solutions applied by many a privacy freak aren't quite as impregnable as was long assumed.

Free speech activists, privacy advocates, whistleblowers, journalists and those fighting oppressive totalitarian regimes for some time were able to use various platforms, apps and software but 2018 saw many means of circumventing surveillance patched up, outlawed or proven not to be fully functional.

Previously, a process called domain fronting could be used to mask traffic by routing it through Amazon or Google by use of a proxy, but in May of last year, both Amazon and Google closed this loophole.

Then, of course, there's The The Onion Router Project (Tor) which, according to recently released Freedom of Information Act (FOIA) documents is funded in part by the Navy, the State Department and the Broadcasting Board of Governors (BBG) the CIA-connected group that operates propaganda networks like Radio Free Asia and Radio Free Europe.


Even Signal, the privacy and anonymity based messenger that Edward Snowden swore by has proven flawed. Backdoors existed that are fairly easily exploited as was the case in the investigations of Paul Manafort and Michael Cohen. Despite the promise of security, the FBI gathered hundreds of pages of messages from WhatsApp and Signal.

So what's a freedom lover to do in these dire times? At the moment, decentralization and blockchain seem to be one of the most viable solutions. Use of a decentralized ledger that can't be altered or erased by third parties and is free from surveillance could be the best chance for free speech, privacy and anonymity in an age of ubiquitous scrutiny from every direction.

Crypto – Bitcoin Founder Back From The Dead?

THE BLOCKCHAIN SOLUTION FOR THE PRIVACY AND ANONYMITY CRISIS

Last year, the Chinese government tried to clamp down on activists blogging about #MeToo but by sending tiny amounts of the Ethereum cryptocurrency and posting their messages within the information was able to be permanently stored on the blockchain. As a Chinese student put it, "There is no 404 on blockchain."

In addition to this example, the idea of a marriage between cryptocurrency, blockchain technology and communication is being explored in multiple ways. For blogging there's Steemit, DTube (also powered by the STEEM coin) offers a YouTube alternative, memo.cash is a Bitcoin Cash-based social media network, Minds.com is another social media network committed to privacy and censorship.

Last June Fortune magazine considered the possibility that blockchain "could be the savior of free speech." In that same month, the Susucoin cryptocurrency project went live.

Like the aforementioned projects, Susucoin melds blockchain and communication technology, but unlike Ether, Bitcoin Cash or STEEM, Susucoin was developed from scratch specifically with free speech, privacy and anonymity in mind.

Other differences in design involve allowing far more data to be uploaded to the blockchain via a 512-byte OP_RETURN field. Integration with the SUMO protocol has resulted in the birth of a blockchain based, anonymous text board, the first of its kind. While still in its infancy at the moment, developers are aiming to build it into "an impregnable castle which will stand tall and defend free speech forever from all detractors."

Susucoin has been adopted by some of the largest anonymous imageboards as well. Loki Technology, which is responsible for managing and maintaining 5chan, the largest and most well known Japanese imageboard site, has partnered with Susucoin. 2chan and 8chan are also connected to the project and, in the interest of full disclosure, The Goldwater is sister site to 8chan.

5ch will be fully integrating Susucoin allowing users to use an "Archive post" button to preserve messages in addition to the VIP Sumo text board and viewing data through the Susuchain explorer. Susucoin can also be used to purchase Ronin access at 5ch

By starting our own chain, we can pick and design algorithms in the best interest of the application and mission statement of susucoin. BCH is great, but we will end up doing things different to what BCH has planned.


Data uploaded and archived will not be removed from the Susuchain, however, in the instance that illegal material is uploaded, the SusuKINO viewer may filter it. Developers urge anyone who notices any illegal material to use the Report button in the Susukino viewer for the data to be filtered.

Susucoin currently allows text-only posts (ASCII and Shift_JIS). Though technically feasible, there are no plans to offer file upload capability.

For now, in addition to mining and purchase, it is possible to earn Susucoins by using the Susucoin Onsen ("The Fountain"). After you've generated a Susucoin address, copy that, go to the 5ch Susucoin board enter the Susucoin address in the Email field and type your message in the Comment field and a small, randomized amount of Susucoins will be delivered to your Susukey Holder.

For the moment, CoinExchange.io is the only place to purchase Susucoin, but the team is in talks with other exchanges currently. If you visit the CoinExchange Susucoin page you can chart Susucoin's value as well as access links to the Discord forum, Github, Twitter and the proprietary Susucoin wallet.

AND THEIR FOOT WAS ENSNARED IN THE NET THEY HAD SET FOR OTHERS AND THEY THEMSELVES FELL INTO THEIR OWN PITS FOR IT IS WRITTEN THEIR OWN WEAPONS SHALL BE TURNED AND USED UPON THEM AND THEY SHALL SUFFER WHAT THEY SOUGHT TO INFLICT UPON THE CHILDREN OF GOD.

GOD HAS A BEAUTIFUL SENSE OF IRONIC HUMOR. PRAISE HIM AD MAY HE BLESS PATRIOTS WORLDWIDE!!!

Some people are here on daca, other men are here on faggot male papers, a man once married another man, in new york, to keep him from getting deported, and then he was arrested, this was adam sandler movie, they were fire fighters and pretended to both be faggot men when in reality they were both straight.

If JEW Adam Sandler tried to release that movie TODAY, in this political landscape, he would be crucified on the cross.

I have no idea of that which you speak.