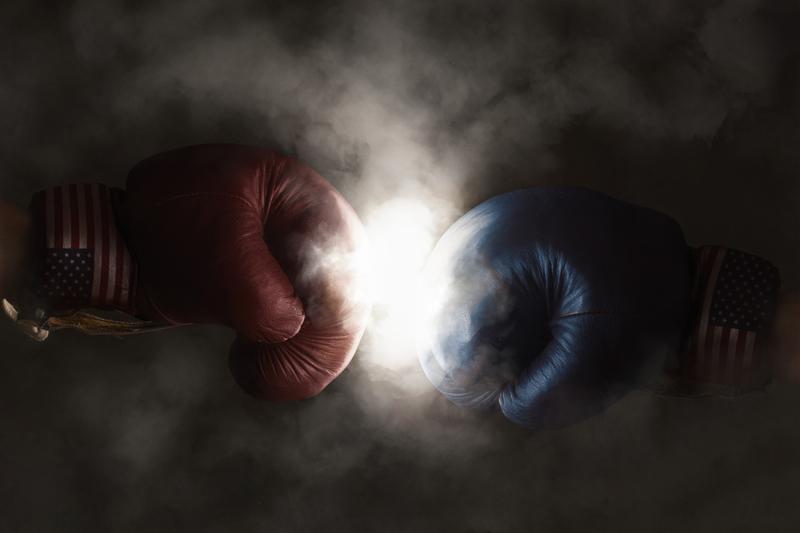 They're Not Sending Their Best: Danger Of Diversity For DNC In 2020 Run

CNN just referred to the lead up to the 2020 Democratic primary as the "most diverse in modern political history." With 4 women (a record) an Asian (Andrew Yang), a Hispanic man (Julian Castro) and a gay man (Pete Buttigieg) in the running that leaves only one on the list of stereotypical "old, straight, white cis men" candidates that both parties generally tend to trot out when the time comes. 1972, '76 and '08 saw 3 major Democratic candidates who were female, LGBT or non-white. All other election years in recent history the number was between 0 and 2. So an event worth remarking on even if, likely, not all that remarkable in the end. But even if it is just so much window dressing, the DNC is attempting to appear more diverse in fitting with their purported ideals.

Back in June 2018, Washinton Post created a "top 15" list of likely Democratic candidates for 2020. Oprah, NY Gov. Andrew Cuomo, former NYC mayor Michael Bloomberg and even former US Attorney General Eric Holder who you may remember from the "Fast and Furious" gunrunning scandal helped fill out the bottom half of that list. Topping the top 10 were Kirsten Gillibrand, Cory Booker, Joe Biden, Kamala Harris, Liz Warren and Bernie Sanders in the number 1 spot.

Is this new crop of political fresh meat really all that different? Apart, that is, from the "packaging" they're wrapped in?

Are these candidates any different from what the Dems have been pushing for years though? Bernie, as an example, touts himself as a Democratic socialist and a peacenik, but he was more than happy to sign off on multi-trillion dollar F-35's so long as it benefited his home district. This said Bernie is still by far one of the most progressive in the running and with the cleanest record. You can likely count on a similar backlash to the organic "Bernie Fever" from the business-as-usual DNC though. The media and much of the blue-checkmark set at Twitter have already begun bemoaning how "Bernie Bros" (several of which happen to be female, I've found in experience) are already causing trouble for the Dems with 2020 on the line.

But there's plenty more "more o' the same" to choose from like Tulsi Gabbard. Now, Gabbard may turn off some progressives and even centrist Democrats considering she is about as pro-gay as Mike Pence. Come to think of it, they've both been connected to organizations that supported conversion shock therapy for homosexuals. Gabbard's opinion on whistleblowers, Palestine and torture don't quite gel with the "image" of liberalism and progressivism the DNC likes to project.

To be fair, Gabbard may be harder on Israel than Liz Warren who was described as a "hawkish" supporter of Israel by Middle East Eye. She's even defended Israeli shelling of Gaza schools. Part of her 2012 Senate platform had Warren promising she would "work to ensure Israel's security and success." Very nice of her, maybe she could consider taking some time out of tirelessly working for Israel to support the US's success as well? So Warren is more of the hardcore Zionist, but genuine Progressives will likely be turned off by Gabbard's views on torture.

In addition, (and to the detriment of the less than one percent of her that is supposedly indigenous)
Warren supported the Dakota Access Pipeline. To her credit, she publicly admitted in Iowa she does not merit the monicker "person of color."

Ironically, it will likely be the Jewish runner, Bernie Sanders, who would be most likely to be critical of Israel's overreach and oppression in the region. It is still quite possible that he won't escape getting called an "anti-Semite" for it though. Kirsten Gillibrand has also spoken out in defense of Palestine, earning a headline from Jerusalem Post decrying the fact that she's "not pro-Israel."

Another Israel related issue that could split liberals and progressives during the DNC primary will be the Israel Anti-Boycott Bill which was proposed shortly after the United Nations proposed "blacklisting" companies that operated in occupied Palestinian territory within Gaza. Jerusalem Post pointed out that the controversial bill will likely prove radioactive to many potential Dem candidates. So far, Harris, Sanders and Warren refused to co-sponsor the bill. Gillibrand initially did but pulled her support in August of 2017. On the other hand, Cory Booker did stand up firmly for the bill during a meeting at Chabad House at Rutgers:

“I have long and staunchly opposed the BDS movement, and support this bill which will prevent international entities from imposing their will on U.S. businesses with regards to their decisions, consistent with U.S. law, to conduct commerce with our close ally Israel and its citizens."

Either I am a bit confused, or Sen. Booker is very confused. US businesses and citizens do have the right to support or not support countries or companies as they see fit. In fact, a boycott has been ruled a form of free speech, so denying the right to boycott is effectively curtailing the first amendment. Booker makes it sound like US citizens weren't allowed to choose whether or not to support a country or company financially, and now with a law that criminally penalizes a form of free speech they are newly and suddenly imbued with the ability to chase that age-old American dream... of supporting Israel.

In addition, (and to the detriment of the less than one percent of her that is supposedly indigenous) Warren supported the Dakota Access Pipeline. To be fair, she's at least a bit less gung ho on Tulsi Gabbard. Also, of note, apparently Gabbard no longer wants to "shock the gay" out of homosexuals either, so in that way, I guess you could say she's "progressed" somewhat though far from progressive.

Kamala Harris is getting a good bit of buzz, enough so the occasional Willie Brown story will certainly not prove to be her Waterloo or Wilie Horton. Absence of that negative may not be enough to win popular support from minorities concerned with her personal history and record. The fact is, to many of her base Kamala Harris "is a cop" and imperialist. Factor in how she is apparently more than willing to go to bat for the military-industrial and prison-industrial complexes, both of which tend to feed on the very "people of color" she would be charged with representing is also "a deal-breaker" for a lot of people.

JPost warns of the potential "dangers in diversity" from the Democratic starting lineup. Kamala Harris is being billed as "the female Obama" and "hoping to get the vote from people of color, young voters and educated white liberals." JPost goes on, "[s]imilar ideas are also being looked at for other candidates, such as Beto O'Rourke and Julian Castro."

I don't know how "white guy with a Hispanic nickname" O'Rourke is planning on running with the POC bump unless he's willing to play up the "oppressed Irish" line which has fallen out of fashion in the past 60-70 years as the Irish slowly but surely work their way towards eventual assimilation.

Well, sure, especially when any female, LGBT and/or POC candidates are, after all politicians in the first place. MSNBC recently released a headline chyron asking "Who runs the world?" This rhetorical question was immediately answered by a panegyric upon gynocracy as MSNBC (parent company, General Motors, one of the largest military arms manufacturers in the world) praised the fact that "the military-industrial complex is now run by women!" Well, hurrah. For far too long, war, oppression, torture, unlawful detention and making a mockery of the Constitution have too long been considered "a man's game" anyway. Nice to see an equal, but luckily for the powers that be, a virtually identical playing field for once.

When my kind comes to power, routine skinning alive, crucifixion and torture of regime criminals and any supporting whiggers will be the order of the day. Their male spawn are to be castrated by their regime criminal parents biting off and swallowing their penis and testicles. Their female children are to be spayed and raped and forced to breed a new Neo-Aristocracy for the Master Race.