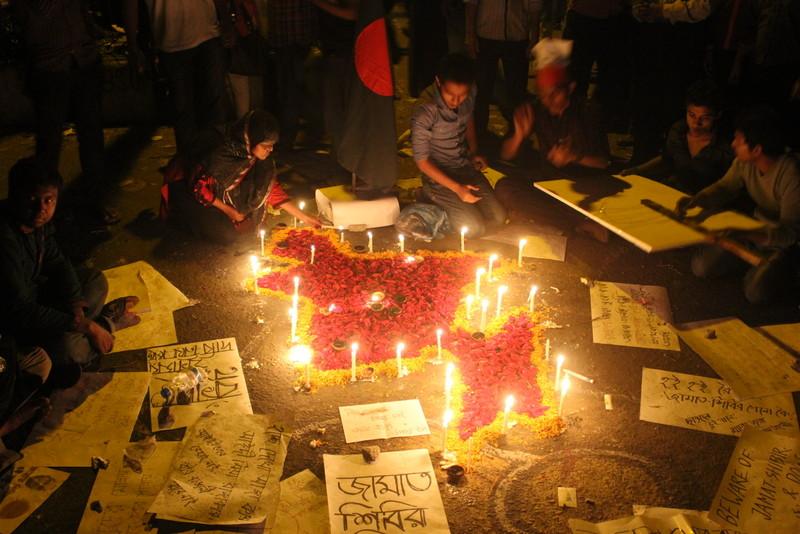 He calls himself 'Hercules,' and in notes left hanging around the necks of bodies in the Jhalakathi and Dhaka districts in Bangladesh, he's warning rapists of potential consequences to their actions.

Rape by Indian police is common throughout India; the victims are generally poor women and those from vulnerable low-caste and tribal minority groups. #FreedomForKashmir#کشمیر_کو_آزادی_دو


1 In 2 Boys In India A Victim Of Sexual Assault

February 1, a note in Bengali was found around the neck of a suspected rapist, 20-year-old Rakib of Rajapur, Jhalakathi: "I am Rakib. I am the rapist of a madressah girl ... of Bhandaria. This is the consequence of a rapist. Be wary rapists."

Rakib died from bullet wounds to the head where he had been murdered execution-style. The young man, who was a law student, was shot early in the morning according to Rajapur police officer-in-charge M. Jahidul Islam.

Before Rakib was Sajal, also shot dead, also found with a note around his neck. The body was found this time in the Kathalia sub-district of Jhalakathi. Before that was the discovery of the body of Ripon on January 17, in the Savar area near Ashulia, once again with the tell-tale note hanging around his neck.

Jahidul Islam says the murders are being investigated but that they currently have no clue as to the possible identity of "Hercules."

Sheepa Hafiza, Executive Director of the human rights group Ain-o-Salish, said that killing these men "extrajudicially" and leaving the notes was not appropriate and, in general, I agree that vigilantism easily leads to mob mentality and even when it doesn't circumvent due process which is the foundation of the rule of law. That said, India is and has been in the midst of an epidemic of rapes and gang rapes for years, and the situation does not seem to be showing any signs of being assuaged any time soon.

Even Hafiza told The Daily Star that, "We have to look very carefully into why such incidents are taking place."


India and Bangladesh have been facing an incredible epidemic of rapes and gang rapes for years. The rape and murder of an eight-year-old girl in Kashmir last year (which was shockingly defended by some) in the same month as the brutal rape of an eight-month-old baby in New Delhi along with two other girls who were sexually assaulted and mutilated in Haryana reignited the global conversation about India's rape crisis.

In 2012 a student was gang-raped then murdered on a bus in New Delhi. After that incident protests led to talk of increasing reforms to curb the tide of sexual assaults in the Indian subcontinent.

India
The rape capital of the world. pic.twitter.com/NghgJMyVoY

Nearly 100 women in India are raped every single day. Hindustan times reported some 110,333 reported cases of rape in India between 2014 and 2016, but due to the culture there, rape victims are treated as "damaged goods" and may not always report the event. India even had plans to force rapists to marry their victims as a "solution" to the issue of creating an unmarriageable woman. In fact, the rapists were often let go without charges if they agreed to marry their victims. A nearly identical law shielding rapists to protect the family of victims from embarrassment exists in Bangladesh.

Despite the prevalence of rape in India, statistics show five times as many rapes per capita occur in Bangladesh.

India What? - Pregnant Goat Dies After Being Gang-Raped By 8 Men

There are even activists who believe the only solution is an automatic death penalty for rapists. In a sense, it looks like that's just what "Hercules" is trying to enact, albeit on a provisional and totally unsanctioned method.
Share this article

Good for India to speak out , there is an epidemic of rapes, to males many males young to older .. not wanting that harm nor that sexual choice forced on them.. males do have rage at cruel males. many children are missing , many never found. that file up in your header bar , stunning amount of sick leaches on the loose.. the pedo gate file or scroll page is helpful to read about the many arrest over the past year.. thanks for posting news ,perhaps others will see the lowlife does get caught. and not released...in some countries..

Makes you wonder why Bill, Hillary and other Liberal Democrats have been having Political Planning and Global Gov. agenda meetings in India the last few years?

As a kid I noticed that after a short time birds no longer landed on my roof top, then they stopped landing on roof tops nearby... Why? Because I honed my air gun marksmanship on them thar pigeons & in little time the tweet tweets knew that to land anywhere near meant death.

The same holds true for criminals, if they think they may get shot & killed they will stop the behavior or move on elsewhere, in hopes of eluding deadly consequences.

If the authorities do little or nothing to stop the criminals &/or are involved in the crimes themselves, then the birth of vigilantism is assured & even welcomed by the populace being preyed upon.

Common sense really. Be prepared at all times to defend against the wicked. For they have no remorse in what they do & will not listen to any plea for mercy in the midst of criminal behavior. Be it larceny, murder or rape!