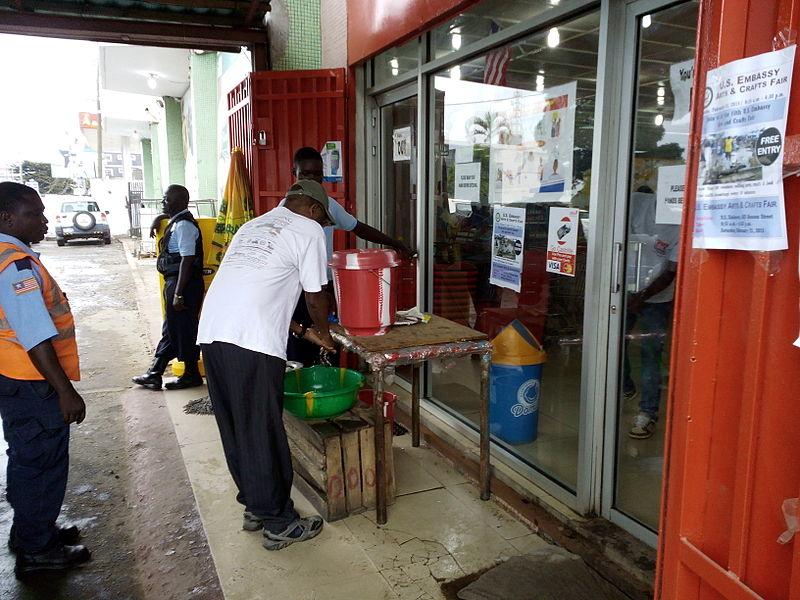 The latest outbreak of Ebola in the Democratic Republic of the Congo has led to allegations that those running the vaccination program are asking women to exchange sexual favors in exchange for treatment. The Guardian has reported on subsequent a "deep mistrust of health workers" in DRC which is likely related in part to the sexual assaults and impropriety connected to vaccinations in the country.


Oxfam – The NGO That Hires Prostitutes In Haiti With Your Money

Trina Helderman, a senior health and nutrition adviser, noted that this was not entirely surprising given the history of the region:

“This region of DRC has a long history of sexual violence and exploitation of women and girls. Though shocking, this is an issue that could have been anticipated. Humanitarian actors should have been more prepared to put safety measures in place to prevent this from happening.”

After Oxfam and Red Cross, Now UN Staff Are Accused of Paying for Prostitutes

With 811 cases of Ebola and 510 resultant deaths since August, the issue is only complicated by scandalous behavior by supposed "humanitarian" groups involved in exploiting those in the areas being hit by the epidemic.

What's even more tragic is how prevalent this kind of behavior is and has been in the continent of Africa. Foreign Policy covered "The Ebola Rape Epidemic No One's Talking About" in 2016. In the article, they mention a 14-year-old girl, five months pregnant and a victim of the rape epidemic that had spread across West Africa targeting women and young girls.

Liberia, Sierra Leone, and Guinea all experienced a correlation in Ebola epidemics and an uptick in teenage pregnancies likely connected to a surge in rape.

Monica Onyango, an assistant professor of global health at Boston University is not surprised at the connection, "Epidemics are just like a conflict situation. You have a loss of governance; you have chaos and instability, and all of that leaves women vulnerable to gender-based violence."

EBOLA OUTBREAK IN THE CONGO
The Congo is rich in resources, & there are many industries vying for control of them that will resort to extreme measures, even immoral ones. Murder & weaponized rape are not uncommon.
(health)https://t.co/HC8dxAmW98 …

One of the girls aged 15-18 who were surveyed by the Save The Children organization brings home the impact of the viral epidemic and how it affected the risk of being raped:

"Before Ebola, I concentrated on my schoolwork, but now men are sexually harassing me because I am always at home."

A boy, aged 7-10, interviewed by STC reported how, "Some of our friends are raped when they go far to get water, some are drowned in the streams."

The Thomsons Reuters Foundations reported how in Liberia girls, some as young as 13, were being raped and often impregnated after the Ebola outbreak began.


Quarantine situations were often connected to rape, and young girls who had lost parents were often forced into trading sex for food and housing according to a Plan International study of Liberia.

Early 2015, the death of a 12-year-old girl raped by a 40-year-old man who worked as a caretaker for a lawyer during the Ebola outbreak in Liberia was reported. So many isolated incidents connected that it would be difficult to quantify exactly how widespread the issue is, but especially when often even UN troops or charities are involved, it is likely that such cases are far more prevalent than is even imagined.
Share this article

Man nothing like an Ebola outbreak to turn on the niggers huh... 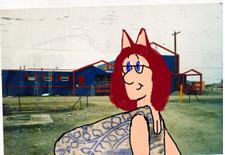 I remember a young norwegian doctor receiving the"last cure for ebola" after getting infected. Yes i believe that statement about just as much as you do. The powerfull democrats sure likes to virtue signal about wellfare of the black people. but for some reason never give out the cure for their pesky ebola back in africa... really makes you think.

I wonder if this would happen in Wakanda?

Why are they not afraid they themselves will get ebola by having sex with someone that has it?

Nig Nogs will use any excuse and opportunity to exploit and abuse anything weaker than themselves. They are predators and parasites on every level.