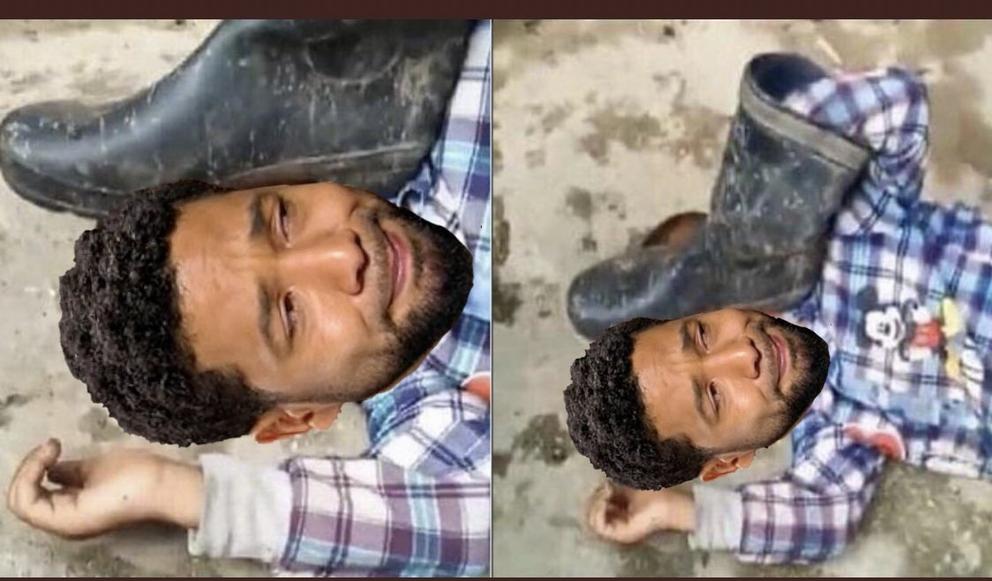 Here's a man who needs no introduction. He didn't see this coming, but the internet certainly did.

This explains the #Clothesline and #Bleach! pic.twitter.com/1qGcfiYoCp

The Internet wins again. Courtesy of @sdutBreen at the San Diego Union-Tribune. pic.twitter.com/LS96fmaZs1

My name is Rod Mann. I've posted previously about my recent experiences as a targeted individual in the Villa Bordeaux Apartment Complex. I've recently had an experience with radiation of some sort. Knowing that my every move in person & online is monitored, I've kept these particular concerns to myself until I gained more clarity. This morning things came to a head.

On either May 13th or 14th during the day, several threats from "neighbors" were made outside of my door & windows. "He better not bring his ass out that apartment tonight", etc. I found this odd, as I do not know these individuals & had never had any interactions of any kind with them beforehand. Having survived a tough neighborhood previously, I simply chalked these threats up to a combination of gangstalking & drug activity, which I wanted no part of anyway. Sure enough, that night consisted of the sound of people running through the hallway & lugging heavy objects of some sort through doors & up stairs. I did not come out of my apartment or even bother to look.

Fast forward to the morning of Friday, May 18th between 4 am to 6 am, I was awaken from my sleep in my studio apartment with what felt like a strong sinus headache & eye burning so severe that it seemed as if they were frying inside out. Keep in mind that being a new tenant I had no objects (like a refrigerator, TV, etc) in my apartment to create noise of any sort. I've previously expressed concerns about possibly being contaminated through the h/c vent, so that wasn't on either. So I could easily detect exactly where the sensation was coming from. Within a few minutes of laying there I noticed that the sensation was radiating directly from the apartment above me with a slight humming noise. Having read a little about humming sensations in the homes if T.I.s I immediately jumped up, inserted a layer of foil inside of a ball cap & laid down in a different area. I awoke a few hours later to overhear an exchange between 2 men upstairs (one of which being the perp who had made most of the threats & the other referred to as "Art"). "You see he jumped his ass up, don't you? Tehehehehe.".

Every night since then has consisted of hearing a clicking sound across the floor which seems to find my location in the apartment, followed by the hum & warm radiation through the ceiling. I'll quickly jump up if I'm not asleep, change my location & the clicking starts all over. If I remain in the same spot long enough, the radiation hits me again. Cat & mouse all night for several days.

Yesterday morning my brother Sygmond Omar Thomas (who was placed in the position of "Good Cop") suggested that we go to Walmart to pick up some things for my place. When he inquired about why I hadn't utilized my apartment provided refrigerator, I informed him that it was filled with mold, roach & maggot residue and that I didn't feel it would even be safe to use after a good scrubbing. Uncharacteristically he offered to come by & scrub it out himself! He arrived with a microwave for the apartment & whisked me off to Walmart, where I was met with the usual street theater & hand signs. He purchased me a slew of microwave meals & black curtains, among other things. We headed back to my place & brought the items in. Once inside, he even offered to get me a TV ASAP. Before he left he received a phone call & oddly excused himself to the other room, where I overheard him whispering to someone "I'm just making sure you have everything you need".

Once he left, it didn't take long to figure out that what my brother was doing was attempting to create as much white noise as possible to drown out the overnight radiation going on above my head. Before going to bed I unplugged the loud refrigerator & new microwave. Instead of sleeping on my fold out bed, I wisely created a pallet on the floor of my closet, hoping to escape the radiation for a few hours. I quickly fell asleep.

I was awaken at around 2:30 am this morning by the sound of the 2 men upstairs again. They were throwing items & cursing the fact that I had escaped a night's worth of radiation. They correctly realized that I could hear the clicking of their locating device through the ceiling & correctly determined that I must be hiding in the closet area. Next they somehow determined that I was awake. Before these men could remove any of the equipment from the room, I quickly dialed 911 at around 2:40 am. The men cursed & scrambled above my head.

3 men in uniform (who looked like cops from the Peoria Police Department, but who knows) arrived at my door at around 2:50 am. I told them that I think I've been exposed to radiation nightly and that I did not care if they particularly believed me, but could they please check the apartment directly above me & then make a determination if the equipment located there was "normal". They took my name, DOB, phone number, and then I was told to "Calm down & try to get a good night's sleep"!!!! 2 cops immediately walked out the door & back to their car without even going upstairs to the apartment. One cop went upstairs, knocked on the door & promptly left within a few minutes.

For the next several hours (3:30 am to the present) I've suffered the indignity of hearing/seeing the perp neighbors smuggle the heavy objects down stairs, into separate apartments, through the front door, in baby carriages, through the laundry room in baskets to their cars & away. I even got a little more radiation briefly after I plugged the fridge back up & sat in disgust. The 2 perps above me did leave me with "Well, that faggot's going to jail now. He'll have lots of friends there. Tehehehe".

The cops' reaction pretty much confirms that gangstalking is a government program of some sort and that they are heavily involved. Again, my name is Rod Mann aka Roderick Mann II of Peoria, IL & I am completely afraid for my well-being after having the audacity of not wanting my brain fried to a crisp.

Hey ROD MANN, did you go to www.stop007.org and fill out your affidavit form yet?? If not, I suggest you do so immediately.

I'm looking forward to our ANTIFA supersoldiers forcing Donny Dump to watch as we guillotine his family. I can't wait to see the look on his orange face when we drop Barron's head in his lap.