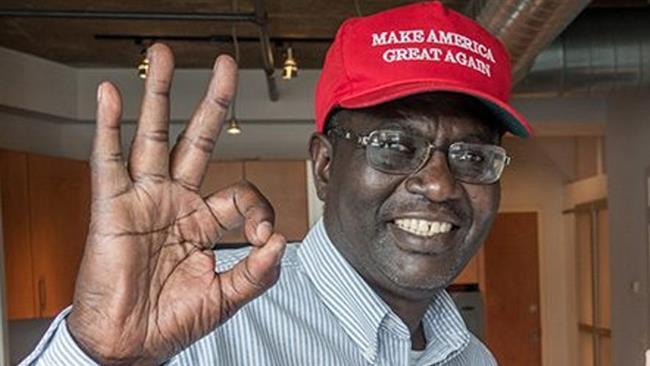 Phil and Major Burdock catch up with Malik Obama. We'll address some of the fascinating past and dig into what the former president's brother thinks about current events and the changing political landscape. In this exclusive interview, Mr. Obama covers his suspicions of the Deep State being involved in his brother's rise to power as well as the fall of Muammar Gaddafi and the pillaging of Lybia.

We cover quite a bit of ground in this exclusive interview touching on questions related to Barack Obama's religion, Frank Marshall Davis, who wears the pants in the Obama household, what Malik thinks of Hillary Clinton and SJW culture plus much more. Tune in for an unprecedented peek into the mind of one of one of the premier foot soldiers in the Meme War of 2016.

Stay tuned to The Goldwater for Mr. Obama's feature article which details his family's experience being introduced to Barack.

I wonder if its part of Kenyan Culture where you dont help your brother when hes in need? It seems unthinkable to me.

If I were an millionaire high society elite like Barack, I would look after my brother. Its worth it just to avoid embarassing interviews like this one.

Biblical Passage "I AM MY BROTHERS KEEPER"

I really like that Malik Obama is very transparent and speaks his mind . Thank you for telling your story maybe you should Write a book My Fathers Keeper?!

Lets get the government involved as much as we can in our lives. If we can get people to agree to let us Modify redefine or change just "some" of the constitution, then we can keep chipping away little by little until its gone. Sex dolls of any kind make men think about rape so we must ban them. After we bend the constitution just a little it will eventually become pointless. Then we can eventually police video games for causing violence, we can also police rock music because its proven to promote satanism. We can also eventually police all religions because they are proven to cause war and Genocide. We can also start taking guns away from Americans after we get rid of that silly coma, because owning a gun guarantees that someone will walk into a school and massacre children. And buying a rubber sex doll that "might" look to young guarantees that someone will rape a child. Yes we need thought police laws because long live Mao, Our glorious uncle Joe Stalin, fuck America, & Heil Hitler,