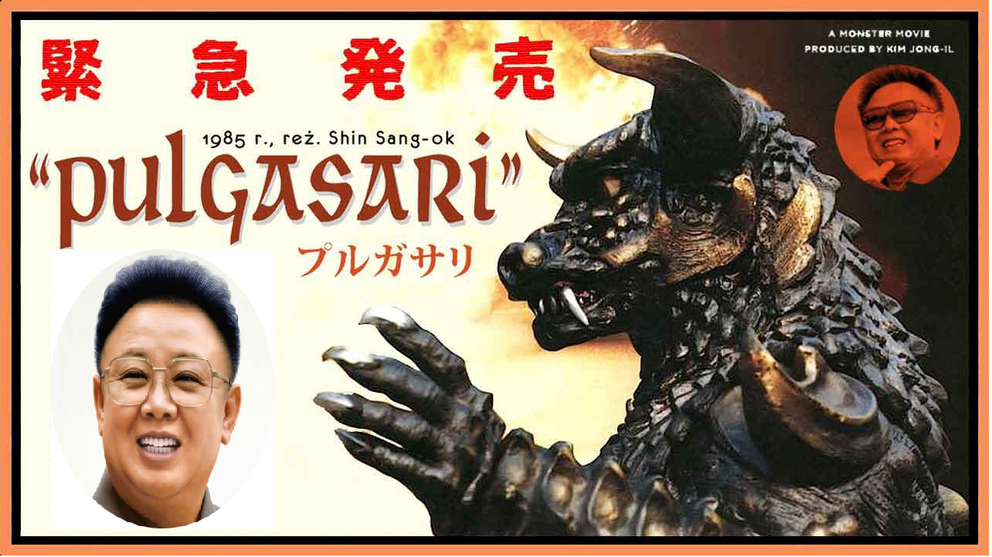 Pulgasari is a bizarre and outlandish story of a tiny figure made from rice brought to life by the blood of a blacksmith's daughter. The tiny monster awakens to a hunger that only grows as it continues to consume iron. Eventually the monster even leads the villagers to revolt against the tyrant who has been forcing them to give them their iron for creation of implements of war. Once the tyrant is out of the way, however, Pulgasari proves as much or more of a threat, also demanding increasing amounts of iron from the poor villagers.

As wild and strange as the story of the movie is, what's far odder is the true life story of the South Korean director and actress kidnapped to help make it and the Japanese studio who made Godzilla even being tricked into becoming unwitting conscripts in North Korea's film propaganda war.

This is the story of Shin Sang-ok and Choi Eun Hee, General Kim & the creation of the Pulgasari movie.

Pedogate Primer: the politics of pedophilia just went on sale for Kindle and Kindle Unlimited. Paperback should be available by the weekend. You can find the sales link and links to interviews about the book with author William Ramsey on his podcast and PI Ed Opperman on his radio show at philfairbanks.com.

Also be sure to check out Tora3 for great videos and livestreams from The Goldwater and other users.