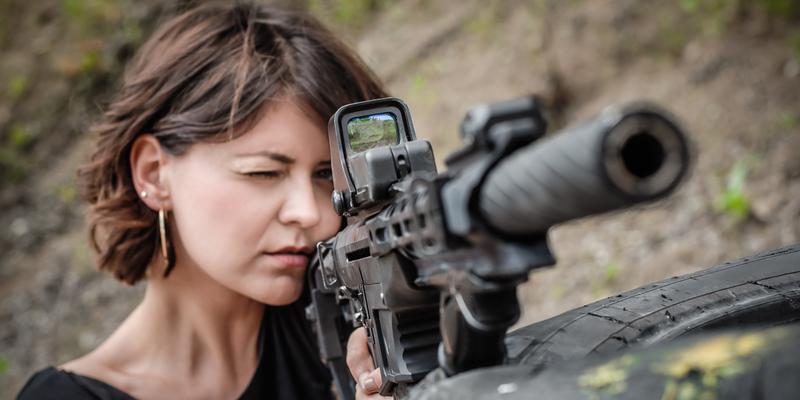 The people assuming power over The United States of America on January 20th are not known for their honesty. They also have a serious disdain for patriots and The Constitution. Big Tech has already waged war on the First Amendment and, to a certain degree, the second. Youtube demonetized all gun-related channels but it will take the government to confiscate our guns.

Given how they came into power, we can expect only the most dishonest and egregious efforts sanctified by an adoring and obedient media to achieve their objective. Many people will think a line is being crossed with the following suggestion. This does not come from a place of paranoia. Plans are in place to capitalize on the next US shooting and if it doesn't come soon enough, one will be orchestrated.

Please hear me out. For the last four years I have co-hosted "The Story Behind the Story" with Dr. A. True Ott on Revolution Radio. It's never dull. We explore everything from Flat Earth (I'm a baller) to chem trails, weather manipulation to Reptilians living beneath us. I'm what could be described as a critic and a voice of reason. We engage in healthy debate and all are wiser at the end of the show.

Claims of false flags from Sandy Hook to Orlando to Las Vegas have all been explored in great detail. I use a heavy layer of logic when considering things of this nature. Being a Constitutionalist and strong proponent of The Second Amendment, deep thought and worry has consumed me with the approaching administration. My conclusion is the powers soon-to-be will have no moral compunction over staging a shooting and probably already have one planned.

In this event, Biden's numbers will soar (especially if he is nearby), he will declare a state of emergency, have an excuse to surveil and round up whatever group they blame and immediately gain massive momentum to ban guns on a Federal level. The legislation will be extreme and unconstitutional. It will be rammed through with frightening speed and the ATF will start selling a "buy-back" program. And, yes, it will be mandatory.

In the meantime, gun and ammunition sales will be prohibited. They want to get this done inside of 2 years.

So What Can be Done?

Get to know your local gun associations and Sheriffs support them. We can't always count on the NRA and much of this fight is going to be local. We must delay and fight all legislation infringing on our Second Amendment rights at every level. Naturally, these Draconian laws will force otherwise law abiding citizens to break the law. The bump stock ban made felons out of thousands of unwitting people. This will be much worse. Expect them to go after "assault weapons" and "weapons of war" first. Keep in mind they may not be able to confiscate gun parts, only assembled weapons. I am in no way encouraging anyone to break the law, just examine and consider it closely.

Have a plan if you live in a jurisdiction being targeted for mandatory "buy-backs." There are many options and consulting an attorney is always a wise idea. Many people have a "from my cold, dead hands mentality," and while I agree in spirit, thousands of Ruby Ridges are not the solution. Authorities coming to confiscate guns must be shamed out of our communities and blocked by the local Sheriffs and all other non-violent means at our disposal.

Choose wisely who you associate yourself with online. Find the right groups after thorough research and give all you've got. There is much work to be done, petitions to be signed, demonstrations and calls to Congress. Keep in mind the incoming oligarchy thrives on rewarding snitches. Caution is a must when discussing possession of firearms both in person and online. Breaks my heart to say that, but it's especially true for people living in urban areas.

We are assembling a list of reputable groups and advocates who will prove to be great resources during the battle ahead of us.

Never trust a politician that doesn't trust you to own a gun. 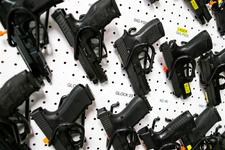 We Are Now Facing the Three D's