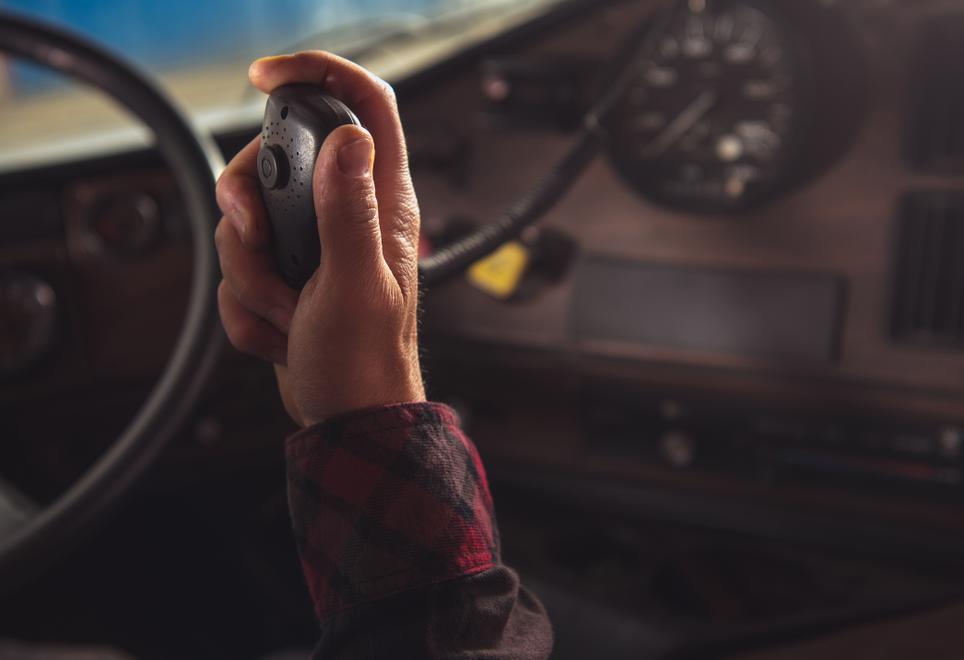 GoFundMe has paused the freedom convoy GoFundMe account and currently a warning lists that the fundraiser is "under review." Both the donation button and list of previous donors has been removed as well.

“This fundraiser is currently paused and under review to ensure it complies with our terms of service and applicable laws and regulations. Our team is working 24/7 and doing all we can to protect both organizers and donors"

Convoy! Truckers for Freedom Protest Picks Up Steam in Canada

Prime Minister Justin Trudeau has tried to imply that the truckers are racist, possible terrorists and the appearance of a Nazi flag in a couple pictures also raised eyebrows. However, considering the "tiki torch hoax" that the pedophile shielding Lincoln Project set up to make Glenn Youngkin appear to be supported by white nationalists, the idea of it being a "false flag" of sorts is possible.

Tamara Lich was the organizer and had raised just over $10.1M to support truckers protesting Covid-19 mandates and restrictions. The protest has been going strong since January 29 and plans for similar "freedom convoy" protests have occurred in other countries such as the Netherlands and are planned for Belgium, New Zealand, Australia, the United States and elsewhere this February.

GoFundMe published a post on the blogging site Medium explaining they had requested more information from the organizers related to how the funds would be used so that they could "ensure the fundraiser is still compliant with our Terms of Service." They claim that having not received a response yet, their protocol is to pause a fundraiser which they did in this case.

$1 million was already released before distribution of funds and donations was suspended however. The concern from GoFundMe is that the funds will be used in any way to violate the law or support hate, violence, harassment, bullying or "intolerance of any kind relating to race, ethnicity, national origin." Likely this is one reason why the freedom convoy has repeatedly been baselessly smeared as a racist protest.

This is not to say there aren't "fringe elements" to use the term that's popular at the moment. One trucker was found to be flying the symbol of the Sons of Odin, a group that has been known for street brawls and once teamed up with another group known for partisan and sectarian violence, the Jewish Defense League (JDL). (Former chief executive officer of the Canadian Jewish Congress called the team-up between JDL and Sons of Odin a "shanda" (Yiddish for disgrace).

Despite JDL and Sons of Odin's history of terror, the Canadian branch of JDL claimed that Sons of Odin Canada "disowned racism and they're against radical Islam."

Shortly before the protest, Vancouver news reported nearly a third of Canadians nationwide supported allowing unvaccinated truckers to cross the border into Canada. The number is higher in Alberta at 35% and 30% in Atlantic Canada.

As for behavior of the protesters, many Ottawans have complained of the incessant honking, but didn't Alexandria Ocasio Cortez say the point of protest is to make people uncomfortable? Wednesday however, Prime Minister Trudeau said the protest is "now becoming illegal" and would work with the police to attempt to bring it to an end.

Once again, the appearance of a Nazi flag was out of left field, a truck with the "stars and bars" Confederate flag has also shown up on social media. Oddly, the truck is always shown by itself, not with the convoy and its a regular pickup truck as opposed to a semi.

Ottawa's Police Chief has said that the protest has become "illegal and unacceptable."

"Residents have been the victims of intense noise, threatening behavior, vitriol and hatred that has no place in our city or anywhere."

I do wonder what the people complaining about this were saying about the over a year of covid-era protests that resulted in many small businesses, often in poorer areas, sometimes even minority-owned businesses, were destroyed, looted, set fire to, or the multiple attacks on federal, state and municipal government property in places like Portland and elsewhere.

Regardless of your partisan standing, however, protest should not be violent or threatening. Our system may be broken, but there's still ways to legally work within it to create change, however at the risk of sounding like a school-marm, I'd encourage anyone who wants to take part to "be on your best behavior." Remember, the world is watching.