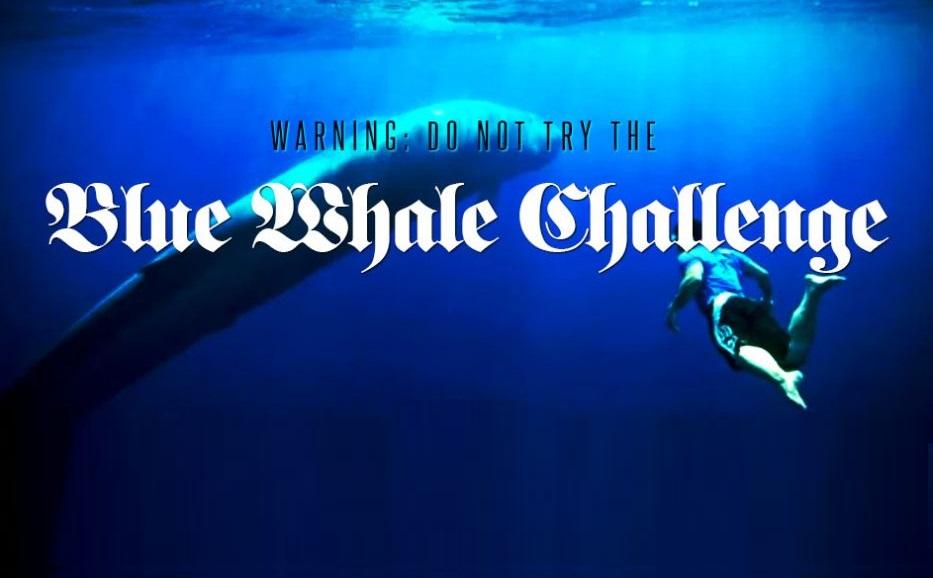 Before you read on, don’t say we didn’t warn you.

A worldwide phenomenon is grabbing teens by the storm and scaring parents to death. It is called the Blue Whale and it involves a series of internet dares, each one more frightening than the last.

The list contains of 50 dares. Starting with random acts and then counting down, the lower the number, the scarier the dare. Number 7 for example is cut your lip. Number 1 is commit suicide.

The trend started in Russia where it is estimated that 150 teens were confirmed to be participating in the sick trend. Europe and even Asia have now reported deaths as well.

Just this morning, a 14-year old in India was reported to have hanged himself, apparently in another spell of the game. According to the Indian daily, the number of teens worldwide is already in the hundreds of deaths.

In Russia the game is widely popular and reported on. Just in February, two young school girls fell to their deaths from the roof of a 14-storey apartment building in Krasnoyarsk, Siberia.

And yesterday a 16-year old girl in Russia jumped to her death from an apartment building. She survived, but will be scarred for life.

It is estimated that so far 150-200 teens have participated in the game in Asia alone and committed suicide. Also in Europe cases are piling up. The USA has, according to the Wikipedia page describing the trend, only known three cases so far.

Mainstream media is not very eager to report on the phenomenon, probably not wanting to scare parents and heighten the eagerness of teens to participate.

The original mastermind of the game, Mr Philipp Budeikin, 22 years old, is in a Siberia (Russia) jail for at least three years due to his “idea” which has spread like wildfire.

The sentencing was a closed trial in order to avoid a wave of teen suicides in response to his imprisonment.

Just this year, Netflix attracted European condemnation for its series ‘13 reasons why’ which also handles with teen suicides.

That's really stupid. You will never get to claim any glory if #1 on the list is to kill yourself

Maybe it is a team sport. If the team wins, then some of the players might sacrifice?