Soros and Clinton Organisations Both Donated 1.75 Million to Antifa

Although previous claims of Hungarian billionaire George Soros sending money to fund to the Alt-left movement known as Antifa have up to this point always been dismissed as speculation, the unredacted 2015 tax forms of The Center for Community Change Action (a Washington DC based non-profit directly linked to Antifa members), show otherwise.

The Center for Community Change is a community group that has been involved in direct action against President Donald Trump and the Republican Party before and after the November 2016 elections. Members of the organisation have direct links to Antifa and sit on boards of various liberal activist groups.

The now seen tax forms show black on white that the Open Society Foundation, run by Mr Soros, gave a whopping 1,75 million dollars to the said Center for Community Change. Open Society Foundation states that it wants to support civil society groups around the world, with an aim of advancing justice, education, public health and independent media.

Another donor that gave 1,75 million dollars to the “social welfare” arm of the Center was a group known as Every Citizen Counts, another nonprofit, this one created by allies of Ms Hillary Clinton in order to mobilize Latino and African-American voters.

The link between Every Citizen Counts and Ms Clinton was first reported by the Washington Post in 2016 during the opening stages of the election campaign. The group aimed at two constituencies key to her now failed presidential bid: Latino and African American voters. It is being headed by Mr Guy Cecil, who previously served as the chief strategist for the pro-Clinton super PAC Priorities USA Action.

Meanwhile Mr Soros is facing further backlash in his native Hungary as the European Commission stepped up legal action against the government of his homeland over restrictions on foreign funding which will likely affect civil society groups funded by the billionaire investor.

Not that those in power didn't know already or had any plans to crack down on these corporations for their support of terrorism.

Your article is very concise and informative. Thankyou!

Thank you for those kind words Paul Taylor

Why is the source link not working in any of these article about this? Where is the document?

For those interested in seeing the Tax Return (broken link) here they are. 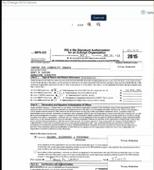 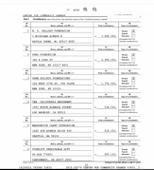 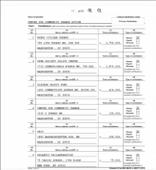