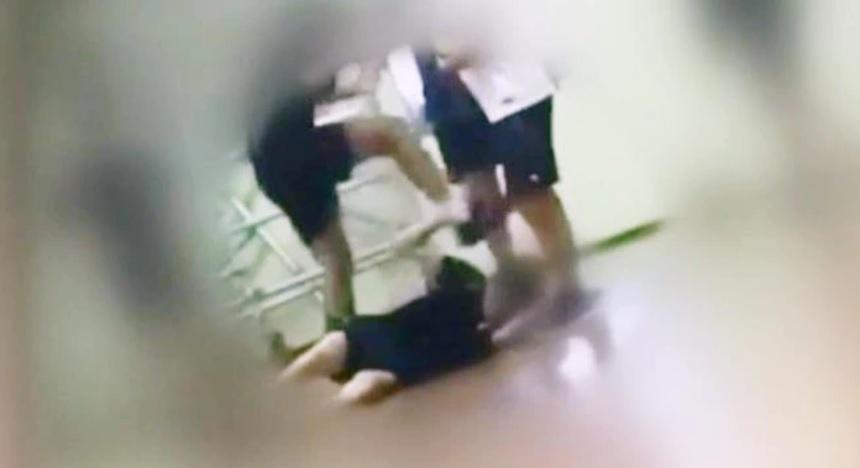 Public school teachers in Australia say they feel helpless to combat the growing rise of school violence between kids. Teachers are asking for the power to break up physical fights between kids and for the most violent children to be automatically expelled. State School Teachers Union WA council conference last month outlined a list of actions it says are vital to addressing the ongoing issue of violence in public schools.

From public school teachers to the country's Education Minister Sue Ellery, everyone agrees that all options need to be "on the table". The public schools of Australia are struggling with pockets of out-of-control violence and aggression resulting in a surge of assaults on teachers. The nation's Education Department launched a review after a Busselton Senior High School student was caught on video punching, kicking, and curb stomping another student last March.

The number of physical assaults by students against teachers tripled from 165 in 2014 to 595 in 2017. Education Union president Pat Byrne proposed changes to the Government as part of a streamlining of the "onerous" process of expelling the most violent students, something which seems like common sense but has become so embroiled in bureaucracy it is nearly impossible.

Pat Byrne said, "Obviously you don’t want expulsions willy-nilly but at the moment, after going through the very onerous process, quite often an application to expel is rejected because of a missed step or insufficient data. Expulsions are not something schools get to practice because they are so rare but the process should be clear and schools should be supported in a way that means they are not likely to get knocked back. We don’t want it to be carte blanche but there is also an argument that if a violent incident is sufficiently bad you might see an automatic exclusion."

Schools have become too fearful of discrimination lawsuits and accusations of racism that these repeat violent offenders are being allowed to remain in schools and children such as the one seen being brutally beaten last march are the ones paying the price for "political correctness". Byrne added, "There is this misguided view among some parents that you have to defend your child’s actions irrespective of circumstances and what that turns into is the child developing a belief they can do whatever they want."

Given the various extreme media and Vid-Games these kids have access to I can see a real version of the movie "Wild In The Streets" in less than 20 years.

The ID Chip Ring only allows the person wearing the ring to discharge the Stun Gun. Because it must have the weapon in that person hand and applied to the stock handle.

This is how diversity works. Resist propaganda of diversity in your country.

More about the "benefits" of diversity here: rationalethoughts . wordpress . com (remove spaces to get the link)