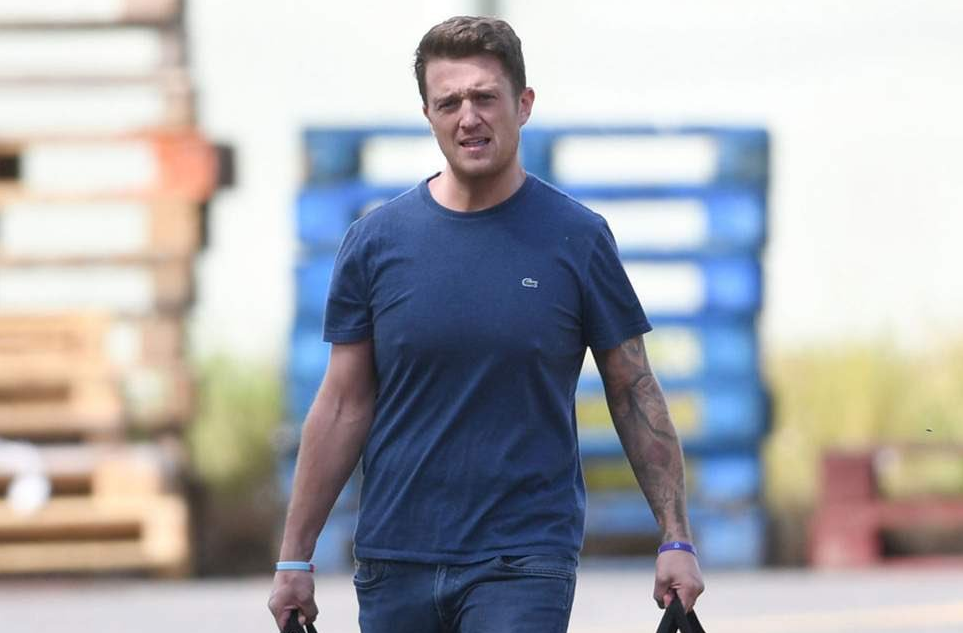 Mr Tommy Robinson, freshly out of a British prison after winning an appeal against his unjustifiable arrest, appeared on Carlson Tucker’s program last night in the US for an exclusive interview.

The former English Defence League leader explained that he was at first taken to a prison with a Muslim population of only 7%, but after his case started getting traction on posting boards and rightwing alternative press (the UK press was still gagged at the time), he was moved to a prison with the largest Muslim population in the country (HMP Onley in Rugby) where has kept for two month in solitary confinement in a cell in front of the building’s mosque.

35-year-old Mr Robinson, real name Stephen Christopher Yaxley-Lennon, looked thinner than in pictures from before his arrest and stated that he had lost “nearly 40lb” in prison after living on a diet of one tin of tuna and a piece of fruit a day.

He added: “I was supposed to be in Her Majesty's Prison Service, not Guantanamo Bay.”

Mr Robinson’s arrest led to major protests in the UK days after he was arrested (on 25 May) and to a, very rare, gagging order for the UK press to discuss the case (though the European continental press did).

Protesters walked outside the gates of Downing Street on May 27th whilst on June 9th, a ‘Free Tommy Robinson’ march was organized in Whitehall.

<blockquote class="twitter-tweet" data-lang="en"><p lang="en" dir="ltr">“The next time the Establishment tells you Putin is a monster, or points the finger at North Korea, or wants you to believe President Assad does terrible things to his people – remember what they did to <a href="https://twitter.com/hashtag/TommyRobinson?src=hash&amp;ref_src=twsrc%5Etfw">#TommyRobinson</a>”<a href="https://t.co/CkqIZe10vR">https://t.co/CkqIZe10vR</a></p>&mdash; Katie Hopkins (@KTHopkins) <a href="https://twitter.com/KTHopkins/status/1025255111872929793?ref_src=twsrc%5Etfw">August 3, 2018</a></blockquote>

Other rightwing political leaders, like Mr Geert Wilders from the Dutch PVV, have repeatedly addressed his supporters at these rallies asking for his immediate release.

Social media was angered and shocked at the clear breach of the supposed ‘freedom of speech’ in the UK whilst a former ambassador of US President Donald Trump is also claimed to have opened diplomatic channels urging Mr Robinson’s release.

the UK and EU are full of traitorous, globalists who should be dragged into the streets and slowly killed.

The revolutionary war was fought against this kind of abject tyranny. Unfiltered and unfettered rule of the elites who believe the right to destroy and disrupt human lives as they please. Whoever has an opinion differing from their agenda, is fodder for their wrath.Shame , a supposed free society? not now not ever. I would love to see Britons have their own TEA PARTY. Shuck the shackles of Royalty!

While not a monarchist, i doubt royalty had any involvement in this. But leftist in the government sure did.

It took them 80 years but the Nazis Arabs have conquered the English world!

Tommy Robinson is the real deal..