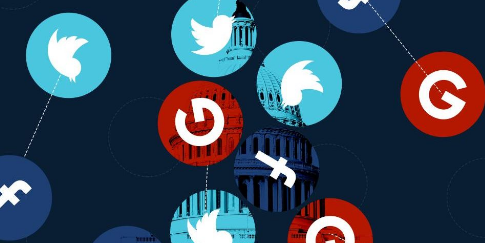 In the same week that the US President urged the tech companies to stop censoring conservative voices and the CEO of Twitter, Mr Jack Dorsey admitted that his company is ‘mostly left-wing’ biased, representatives from tech companies planned for a meeting to streamline their strategy for the 2018 Midterms.

The meeting took place yesterday 24 August in San Francisco and featured representatives from up to a dozen of the US's biggest tech companies. The official aim was to discuss efforts to counter manipulation of their platforms.

The rendez-vous took place at Twitter’s headquarters in downtown San Francisco and featured people from Facebook, Google, Microsoft and Snapchat. The email invite was sent out from Facebook’s head of cybersecurity policy Mr Nathaniel Gleicher. It read:

“As I’ve mentioned to several of you over the last few weeks, we have been looking to schedule a follow-on discussion to our industry conversation about information operations, election protection, and the work we are all doing to tackle these challenges.”

<blockquote class="twitter-tweet" data-lang="en"><p lang="en" dir="ltr">Social Media Giants are silencing millions of people. Can’t do this even if it means we must continue to hear Fake News like CNN, whose ratings have suffered gravely. People have to figure out what is real, and what is not, without censorship!</p>&mdash; Donald J. Trump (@realDonaldTrump) <a href="https://twitter.com/realDonaldTrump/status/1032954224529817600?ref_src=twsrc%5Etfw">August 24, 2018</a></blockquote>

However, Brazilian independent media companies backing conservative candidate Mr Jair Bolsonaro who fear social media platforms will block their preferred electoral outcome and would rather see a continuation of the Worker’s Party, claim that the meeting in San Francisco was mostly aimed at ‘preventing the propagation of right-wing content’ on their site.

According to the Facebook official, the meeting had a three-part agenda: each company presents their plan to tacked counter information operations, a discussion period on how to tackle current problems per company and a discussion round as to whether these meetings should become a regular occurrence.

A representative for Silicon Valley companies admitted to Buzzfeed that yesterday’s meeting highlights tech companies “recent efforts to be more proactive with governments use of their sites to achieve political goals”.

“The official aim was to discuss efforts to counter manipulation of their platforms.” don’t use their “platforms”!!! Funny how these billionaires that got rich selling your info have a hissy fit and suffer ptsd when conservatives are winning, but they can outright censor or ban any voice they disagree with or doesn’t march lock step to their anti white, anti straight male and anti American communist agenda. But hey if you’re a guy that likes to wear a tutu with a strap on on your head and self identify as a cisgender or binary queer unicorn you have a friend in @jack and the rest.