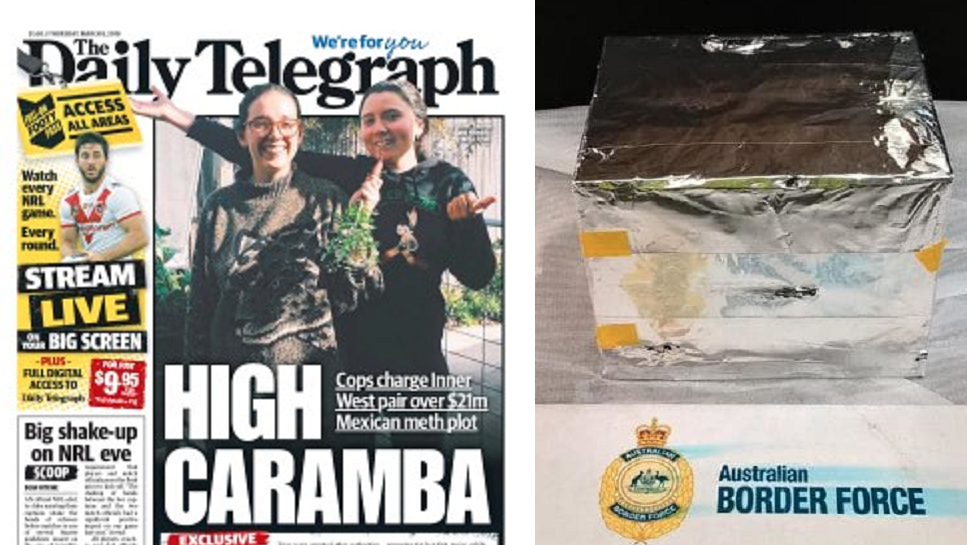 They were charged earlier this year after a police raid on their home in Marrickville in west Sydney. Frias has been jailed at Silverwater Women's Correctional Center since her arrest last March. Both defendants appeared in court, but Frias attended via video from jail offering a brief "Si" to confirm her name was correct. Thomas had bonded out already and sat in court as her lawyer, a prominent Sydney barrister named David Giddy had the matter adjourned until July 11.

Neither one of the pair has entered a plea yet. Magistrate Robert Williams heard that hundreds of pages of evidence and computers seized in a police raid were now being forensically analyzed as part of a "complex" brief. Thomas was wearing all black with a widow's peak in her hair. Their home in western Sydney was raided after Australian Border Force intercepted a shipment of eight audio speakers with 24kg of meth in each. The speakers had come from Mexico and were part of just one plot to get drugs into Australia out of 200 similar busts in the last two years.

Frias moved to Australia in April 2017 from Guadalajara, Mexico and was planning to return for a visit this summer. Frias is an artist who draws provocative images related to gay rights. Thomas along with Frias started a business last year called Chicken Sox, a sock company focused on providing "colorful and fun socks at the perfect length." ABF Superintendent Aviation Goods Brett Totten said the cartels are getting very creative with their attempts to smuggle contraband. "They are certainly becoming more sophisticated in their methods. In the last 12 months, we’ve seen ephedrine concealed in highlighters, methamphetamine in industrial cranes and cocaine in children’s books."