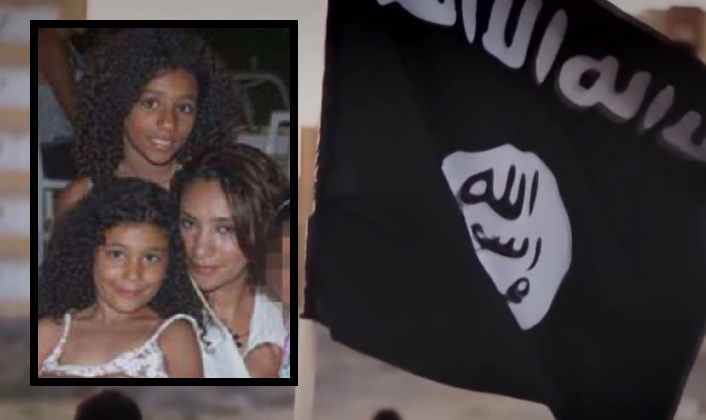 The London courthouse at the Old Bailey today heard how teenager Safaa Boular (now 18 years old) was determined to carry out terrorist attacks in the UK capital after her fiancé, an ISIS militant, was killed in Syria.

Young Miss Boular had written down in great detail how she wanted to wear a suicide belt in Syria with her ISIS-fighter husband and “their plan then was that together they would depart the world holding hands and taking others with them in an act of terrorism.”

As soon as she realized she would need help to carry out her planned gun and grenade attack on the British Museum, she enlisted the help of several family members, namely her sister and mother.

This worked out well as her sister, 21-year-old Rizlaine Boular, was at the same time already planning to attack Westminster with knives with the help of their mother (showing the sheer level of terrorist-related ideas in the family).

Public Prosecutor Mr Duncan Atkinson told the jury in the Old Bailey in great detail how the three females planned the attack meticulously.

“Based on her preparation and discussion, it appears she planned to launch an attack against members of the public, selected largely at random, in the environs of that cultural jewel and most popular of tourist attractions, the British Museum, in central London.”

<blockquote class="twitter-tweet" data-lang="en"><p lang="en" dir="ltr">She received “positive encouragement” from her mother and older sister Rizlaine. They have already admitted their roles. When Safaa Boular was arrested she in turn is alleged to have encouraged Rizlaine to use knives to attack members of public near the Houses of Parliament.</p>&mdash; Angus Crawford (@AngusCrawfordR4) <a href="https://twitter.com/AngusCrawfordR4/status/994553379161550848?ref_src=twsrc%5Etfw">May 10, 2018</a></blockquote>

“This would have been an attack that would, at the very least have caused widespread panic, but was intended to involve the infliction of serious injury and death.”

Mr Atkinson said: “It was clear that Hussain (her ISIS fiancé) had been planning an act of terrorism with Safaa Boular in which she could engage if she remained in this country. Both Hussain and Safaa Boular talked of a planned ambush involving grenades and or firearms.”

What a lovely family. They are the shining example of assimilation to the culture of the country they invaded err ugh immigrated to.

Do you really want these types of people ruining your country? I don't!

The youngest generations of real UK citizens will be the ones that suffer the most. We will go from these current sjw types that think they are saving the world to the children that revolt and wonder what the heck their parents were thinking allowing their cultures and countrys to become gutted.

I'll wager their car even sported a "Coexist" bumper sticker.