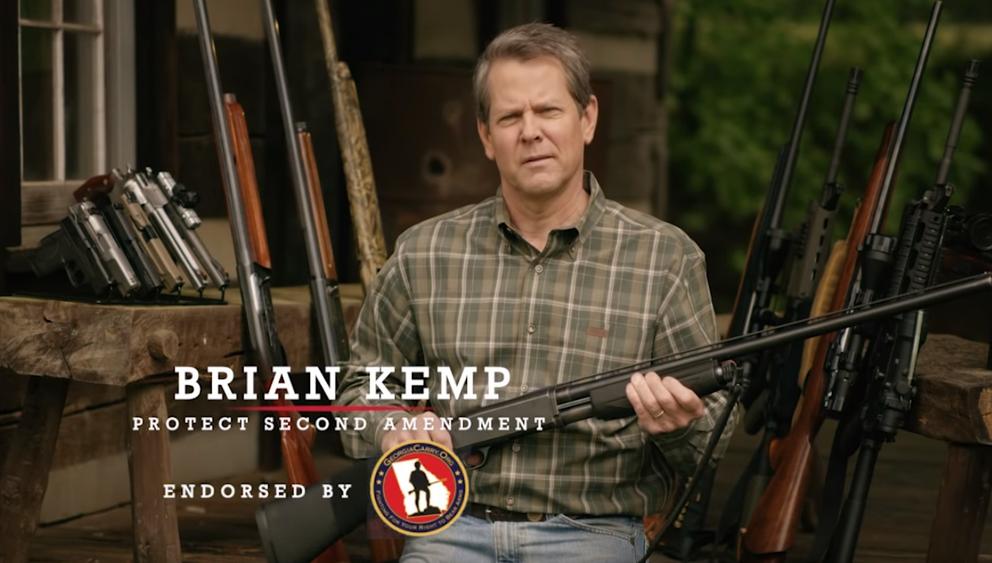 A Republican in Georgia is running for the governor's office and his campaign ad might be one of the greatest campaign ads ever. In the video, conservative Brian Kemp, Georgia's current secretary of state, boasts of owning a pickup truck "in case I need to round up criminal illegals".

Related coverage: <a href="https://thegoldwater.com/news/25465-Georgia-Husband-Tried-to-Decapitate-Wife-Just-Because-She-Wanted-to-Move-to-Florida">Georgia - Husband Tried to Decapitate Wife Just Because She Wanted to Move to Florida</a>

Kemp calls himself a "politically incorrect conservative" and recently stirred up controversy in another commercial featuring a shotgun. The new video ad for his campaign was released Wednesday and Kemp excels at riling up his detractors. His last video prompted strong criticism in which he holds a shotgun and pretends to threaten a young man calling on his daughter.

SJW liberals are fuming at Kemp's latest ad claiming it makes light of gun violence and advocates vigilante action against undocumented immigrants. How is it vigilantism when he is a government official enforcing the law? I really only have two words for those offended by this video: Keep crying. Kemp says in the campaign ad, "I’m so conservative, I blow up government spending," as an explosion fills the screen behind him.

The next scene shows him holding up a gun and saying "that no one is taking away". He then revs up a chainsaw to "rip up some regulations." Kemp's video is more reminiscent of a country music video than a traditional campaign ad. He then climbs into his Ford pickup truck saying, "I got a big truck. Just in case I need to round up criminal illegals and take 'em home myself." And Kemp isn't apologizing, "Yep, I just said that" he adds.

Kemp goes on to emphasize that he would seek strong deportation policy as governor. The latest polls show Kemp is second place in the crowded GOP primary as he trails behind Lt Governor Casey Cagle and battles former state senator Hunter Hill for second place.

AWESOME Video! Each point well taken. If I were a resident of Georgia, Brian Kemp would definitely get my vote. Stay strong for America Brian.

I live in ga. I like this guy but no way he beats the Democrat like this. Cagle sood up against Delta when they droped the NRA. Former LtGov. He's got my vote.