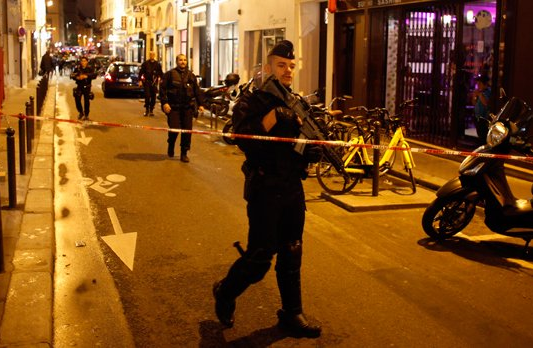 ISIS claimed responsibility for the attack in Paris last night which killed 2 (among whom the terrorist himself) and wounded 4 (2 of those four are in critical condition in the hospital). A man knifed several people in an area with many bars and cafés shouting ‘Allahu Akbar’. The French anti-terror brigade confirmed the events.

Mr Francois Molins, the Paris prosecutor, stated: "At this stage and on the basis on testimonies describing the attacker shouting 'Allahu akbar' while attacking passers-by with a knife, as well as the modus operandi, the counter-terror section of the Paris prosecutor's office is investigating."

The attack took place on Rue Saint-Augustin in the second Paris district near the Opéra, a quarter famed for its many restaurants. In the end, the attacker was shot by police in the ad-joining Rue Monsigny.

Also in 2015, during the November Paris attacks which killed 130, people were murdered in the areas with many cafés and bars. As Ramadan is about to start again, European terrorism experts believe the number of attacks will increase in the following weeks.

A witness named Fiona (who did not want her last name in the press) told newspapers what happened: “First we thought it was two guys fighting.”

“People that were queueing outside ran into the restaurant screaming, so everyone panicked and threw themselves on the floor.”

But then one of the men fighting returned to the restaurant with a knife minutes later and was “screaming Allahu akbar”.

“Some guys including my friend blocked the door in case he would try to enter,” she added.

“When we ran away they were still looking for the guy and one woman was lying down on the floor. Her neck was bleeding.”