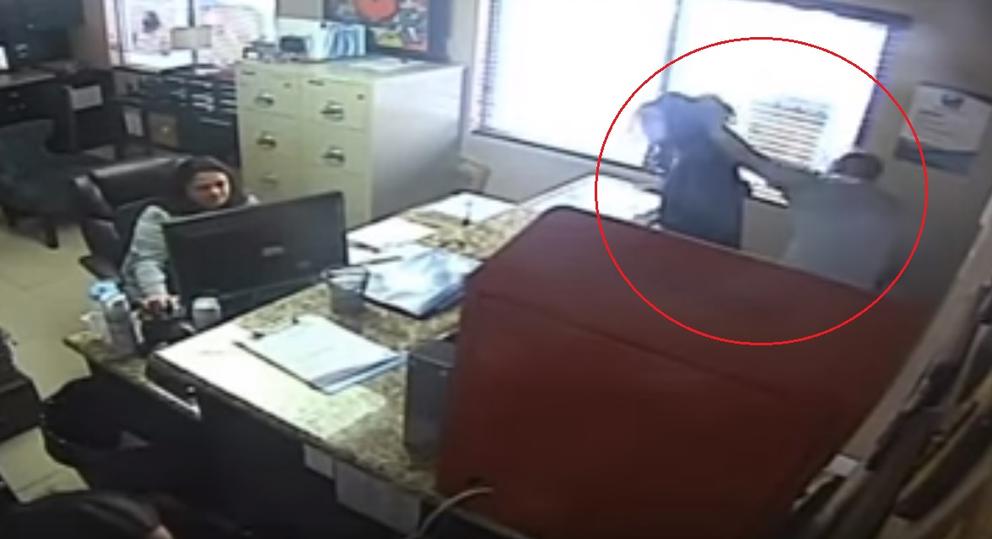 The despicable actions of a Miami-Dade police officer who holds a position at an airport was arrested after violently abusing his daughter at school. Two school employees were within three feet of the assault on a minor by her father but they did not immediately report the assault or try to intervene when the man unfit to be a parent or a police officer violently attacked his daughter.

Related coverage: <a href="https://thegoldwater.com/news/25332-Florida-Deputy-Shot-In-The-Head-By-Man-Accused-Of-Shooting-Cat">Florida - Deputy Shot In The Head By Man Accused Of Shooting Cat</a>

The vicious attack was carried out by Miami-Dade Police Officer Raymond Emilio Rosario who had no problem physically beating the teenage girl and dragging her out of the school's office by her hair. The two school employee stood idly by within feet of the abuse and yet did nothing.

According to police, March 19th, a teacher called Officer Rosario to tell him his 14-year-old daughter was being disrespectful. Officer Rosario of the Miami Date police department was caught on video physically assaulting the small girl who was apparently his daughter. School staff present ignored the violent assault and the young girl who was being beaten.

Officer Raymond Emilio Rosario was charged with child abuse with no great bodily harm on April 2 after his violent actions against his young daughter were eventually reported by school employees. The incident began when Officer Rosario was caught on surveillance camera slapping his daughter in the face, dragging her around by her hair, and striking her in the legs with a belt.

School employees did not interview at the father of the victim but rather informed the school's office which had copies of the assault. The attacker was named Rosario who quickly surrendered to charges of child abuse with no great bodily harm and he was suspended by the Miami-Dade Police Department without pay.

Dear Major Burden…. I thought you said 'its impossible for us to create typos with Grammarly'….

Well, you're full of shit!! I've seen over a dozen typos since you told me that.

For example, this amateurish 'news article' says, "The two school employee stood idly by within feet of the abuse and yet did nothing."

this is what happens when you have illiterates and prostitutes pretending like they're 'journalists'….

fucking idiots. You guys can't get ANYTHING right.

a parent should be able to raise THEIR child as they please. He sounds like a good cop and a good parent. now the government will raise the child to be a criminal. the parent was trying to prevent that….too bad we let the government decide how we raise our kids

UnReal i tryed to say something but said i could post it really wow.. the Employees should be fired and sorry but Frank if u feel that way u shouldnt have any kids as well..