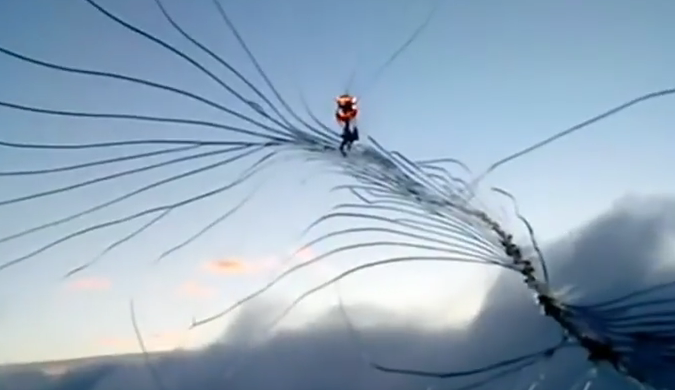 A Sichuan Airlines pilot had the scare of his life today as he noticed a crack in his windshield which quickly got bigger. The co-pilot made a video of the terrifying ordeal as the flying duo tried to land the plane safely at the same time.

In the end, the Sichuan Airlines flight was able to make an emergency landing in the southwest Chinese city of Chengdu after the windshield on the right side of the jet’s cockpit had broken off completely.

The pilot sitting in the right seat of the cockpit suffered minor scratches from the incident, as the Civil Aviation Administration of China’s (CAAC) Southwest Regional Administration said on its website.

Furthermore, a cabin crew member appeared also to have sustained minor injuries in the incident, without providing details on what had caused the windshield to break off.

The flight, Sichuan Airlines 3U8633 was a short haul domestic one, which had left the central Chinese municipality of Chongqing and was due to arrive in the Tibetan capital of Lhasa. FlightRadar24 claims that the aircraft used was an Airbus A319.

The pictures published on various social media outlets and the government-run Chengdu Economic Daily both showed the plane missing one of its cockpit windows and with some minor damage to the cockpit controls.

Sorry to say the videos aren't authentic. No video has been taken in the cockpit in this event.

fake but the burning tires shows all the global warming is fake kill the Paris accord stop the lies .way to go President Trump on your new embassy your divinely inspired ….go Q