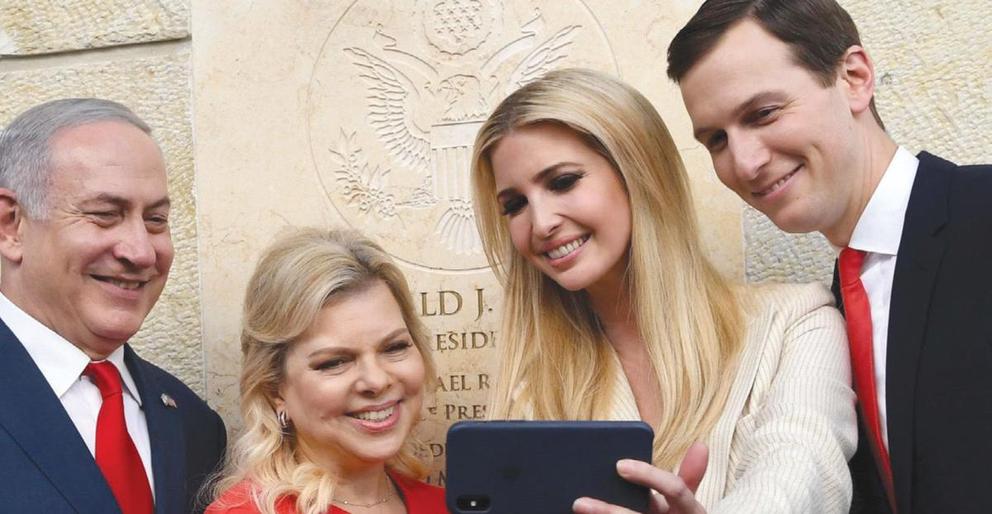 Israel PM: “Time to Tell Palestinians Abandon Your Fantasy of Destroying Israel. It Will Not.”

The Prime Minister of Israel - Benjamin Netanyahu - has a sense of restored confidence in Jerusalem as the people and President of the United States of America - Donald Trump - stand tall with Israel - and send a strong message directly to the Jihadis of “Palestine”.

“It's time tell the Palestinians… ‘Abandon your fantasy of destroying Israel’,” Prime Minister Benjamin Netanyahu said in an interview with VICE. “Abandon the fantasy that you will conquer Jerusalem.”

The Prime Minister issued the direct and passionate talk about the newly recognized capital city of Israel, to which the Jewish people have always recognized as their eternal capital, but thanks to President Trump moving the Israeli embassy into the Holy City the entire world now has zero choices but to acknowledge what they've long tried to ignore.

As we know,<a href="https://thegoldwater.com/news/26044-Party-of-Hatred-ZERO-Democrats-Attend-Jerusalem-Embassy-Opening-MAGA-Stands-with-Israel"> not a single member of the Democratic Party </a>showed in attendance for Monday's recognition of the Israeli capital, in which only fury her showcases how the Democrats have abandoned the American Jewish population, all of whom now loudly support President Trump, with the potential to help shift Congressional races to Republicans in many swing states as a result.

That hasn't stopped the likes of the “fake news” mainstream media from running a propaganda campaign against Israel, with the New York Times firing off blame at Israelis for the death of violent Palestinian attackers on the day of the embassy movement.

Much of the liberal-leaning media attempted to slander Israel for the attacks, despite the Mossad and other intelligence agencies releasing 100% Indisputable proof that the Palestinians had not only premeditated their terrorist attacks on Monday but Hamas leadership even admitted it.

Palestinians did lose their lives, but the evidence shows that these Jihadis had not only planned to invade the border with weapons but break into homes of Jewish people and kidnap them, as well as engage in knife attacks.

Terrorists deserve little mercy, and although Israel tries desperately to promote peace, the radical Jihadis are devoted to the destruction of their civilization at all costs, and sometimes that comes at a price of a death toll to the evils which attack Israel.

Much of these organizations such as Hamas receive outside funding from radical Islamic extremists who have declared Jihad on both Americans and Israelis, even calling for the destruction of the two nations, keeping both in heightened terror alerts at all times.

In the video, Bibi Netanyahu also shows the VICE interviewers an Iranian-made drone launched from Syria to attack Israel, in which the military was able to shoot down before any major damages could be incurred.

This comes after a bold intelligence victory from the Israeli Mossad in Tehran, Iran, where the<a href="https://thegoldwater.com/news/24671-Netanyahu-Iran-Brazenly-Lying-After-Obama-s-Failed-Nuclear-Deal"> Mossad obtained Iranian plans for nuclear weapons development </a>hidden inside a depot in the middle of the city.

There is little doubt that Israelis are tired of the hatred and violence of Palestinians, and if peace isn't quickly reached, which seems unlikely, Israel will continue to take action to defend itself.