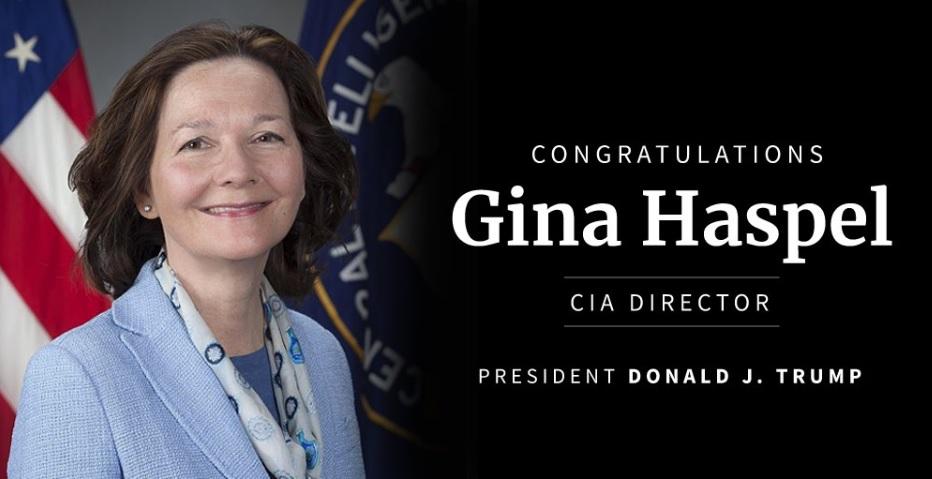 Thursday, the Senate confirmed the first female leader of the CIA amid a storm of controversy regarding her past involvement in waterboarding detainees. Gina Haspel was confirmed by the Senate as the new CIA Director in a vote of 54-45 which included support from several Democratic senators. Haspel has been widely criticized for her involvement in the use of enhanced interrogation techniques, specifically waterboarding. The topic of waterboarding has made a resurgence in the public sphere recently and a U.S. Army Special Forces soldier Tim Kennedy let himself be waterboarded to prove it isn't torture.

Haspel's confirmation is another victory for the Trump administration which has now solidified the reorganization of its national security and foreign policy teams. Just weeks ago, John Bolton was appointed as the new national security adviser and Mike Pompeo became secretary of state. Haspel isn't just the CIA's first female director, she is the first career CIA officer to lead the spy agency since the 1970's when William Colby was the director.

The 61-year-old Haspel is widely respected in the intelligence community and has been a veteran of the agency since 1985. She joined the CIA a few short years after graduating college and has held around 20 jobs at the agency. Among Haspel's roles were seven postings abroad in foreign countries. Her first 32 years at the CIA was undercover and her secret status was only lifted last year when she became deputy director for Mike Pompeo.

Related coverage: <a href="https://thegoldwater.com/news/26009-Al-Qaida-Leader-Calls-For-Jihad-Ahead-Of-U-S-Embassy-Move-To-Jerusalem">Al Qaida Leader Calls For Jihad Ahead Of U.S. Embassy Move To Jerusalem</a>

When President Trump picked Pompeo to become Secretary of State he chose Haspel to replace him as leader of the agency. Two major episodes have highlighted Haspel's career for coming under intense scrutiny. The first was in 2002 when she ran a black site prison in Thailand where officers used waterboarding and other enhanced interrogation techniques to extract information from Al-Qaida terrorists.

The other major incident which has led to scrutiny was in 2005 when Haspel was based at CIA headquarters outside Washington. Haspel called for videotapes of waterboardings to be destroyed leading to the intense controversy that surrounds her to this day. Haspel was questioned regarding the request to destroy the tapes by the Senate Intelligence Committee on May 9. During the questioning, Haspel confirmed she would not start any new detention and interrogation programs as CIA director but she would not condemn the previous program either.

1st of all Congratulations.

2nd Where is the media and Feminists on this major story?