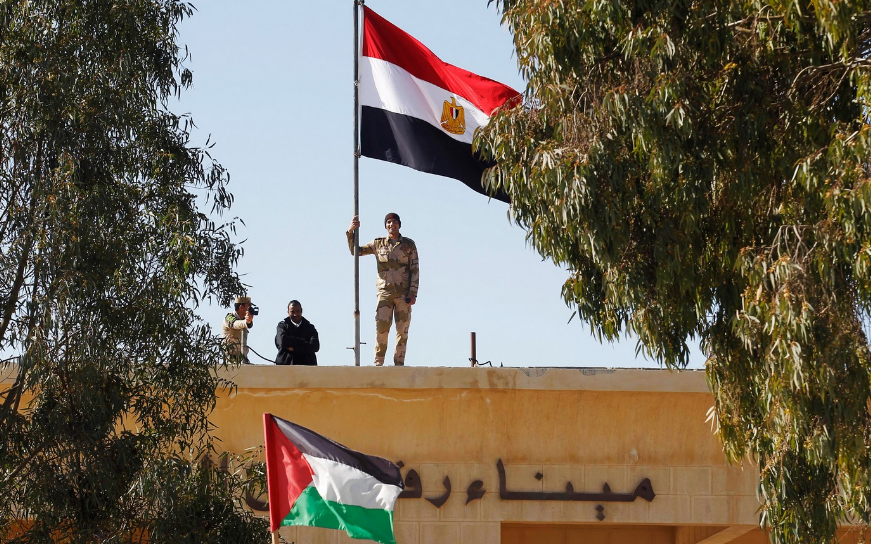 Egyptian President Abdelfattah El Sissi seemed to be taken up a role as peace broker between the sparring sides of Israelis and Palestinians when he ordered his border security forces to open up the frontier between Egypt and Gaza, known as the Rafah border crossing, and remain open for the holy month of Ramadan, allowing shipments in and out of Gaza to help the Palestinians.

In the meantime, he stated to be trying to negotiate a truce between the two sides and called upon Hamas to avoid further protests “so that this bloodshed would stop.”

As to the opening of the border, President Sissi tweeted: “I issued my directions to the concerned apparatuses to take the necessary measures to maintain the opening of the Rafah border crossing throughout the holy month of Ramadan in order to ensure the easing of the burdens on the brothers in the Gaza Strip.”

Egypt is seen as a source of stability since President Sissi took over, certainly with the events in Jerusalem and at the Gaza border this week which saw the Israeli soldiers clash with protesting Palestinians, resulting in 55 dead.

<blockquote class="twitter-tweet" data-lang="en"><p lang="en" dir="ltr">Egypt announces it will open the Rafah border crossing - the only gateway to the world for the besieged people of Gaza- during the entire month of Ramadan. <br>This year, it was open for two or three days at a time on just 6 occasions.</p>&mdash; (@LinahAlsaafin) <a href="https://twitter.com/LinahAlsaafin/status/997248689818173440?ref_src=twsrc%5Etfw">May 17, 2018</a></blockquote>

Turkish President Erdogan this week had called upon all Arab nations around Israel to unite against the Jewish state, but Egypt did not follow that call. President Abdelfattah el-Sissi said the move of the US Embassy to Yerushalayim would cause “some instability” in the region.