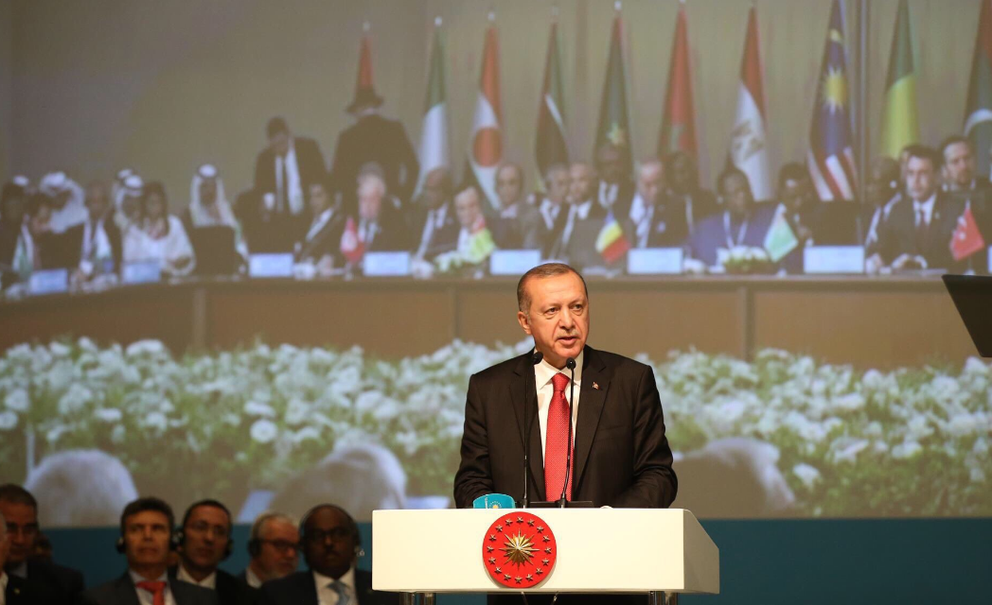 Erdogan: 57 Muslim Countries To Unite Against The ‘Nazis’ Of Israel

Turkish President Erdogan called an extraordinary Islamic Summit Conference of the 57 Muslim member nations in Istanbul yesterday to find a common response to the developments seen this week between Israel and the Palestinians. During the meeting, he compared the acts of the Israeli soldiers to ‘Nazis’ during the second world war.

He sharply condemned Israel for killing over a 100 Palestinians and wounding thousands more in Gaza protests in recent weeks, before moving on to those killed in demonstrations on Monday during the opening of the US embassy in Jerusalem.

Erdogan: "The children of those who were subjected to all sorts of torture in concentration camps during World War II are now attacking Palestinians with methods that would put Nazis to shame.”

The Turkish President then went on to accuse his fellow NATO member country, the USA, of having "Palestinian blood on its hands" as they had moved the embassy despite the multiple warning this would harm "Muslims, Christians and Jews," saying that the current White House administration chose to ignore the advice of the UN and "opted to side with Israeli Prime Minister Netanyahu and some radical evangelicals Christians" in the United States, concluding that this embassy move to "Jerusalem is a harbinger of a new operation against the Muslim world."

The Organisation of Islamic Countries, in the end, agreed on a communiqué that stated the violence against Palestinians this week were "savage crimes" carried out "with the backing of the US administration, including through shielding the Israeli occupation in the UN Security Council from accountability."

Mr Erdogan has been one of the fiercest critics of the US embassy being moved to Jerusalem, though many state he is making harsh comments merely to get backing for his upcoming re-election on June 24th.

Wow, I thought Muslims didn't believe in the Holocaust