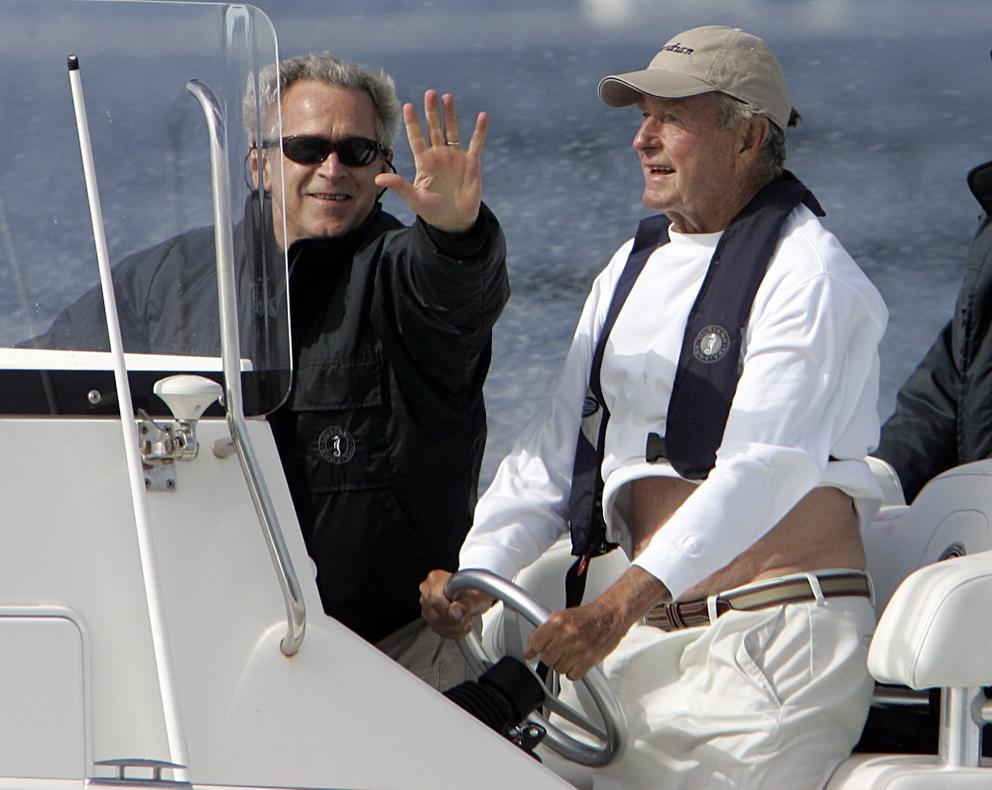 George H.W. Bush, 93, Recovers; Back On His Boat to See Family and Friends

Former President George H.W. Bush appears to be back in good health- and to living after a heartbreaking spring that saw him got hospitalized and achingly lose his wife of over seven decades, former first lady Barbara Bush, to a lingering illness. The 41st President is back to his favorite “game” and ready for fishing season in Maine.

The former president’s recovery is pretty amazing considering he spent part of the month in the hospital after attending the April funeral of Barbara. He is heading to the family’s Walker’s Point home on the Atlantic Ocean coast in Kennebunkport, Maine.

Bush’s spokesman Jim McGrath said that the former president is already focused on “when he can get his boat over to Walker’s Point.”

Although the former president already travels by wheelchair now, he still longs to ride in his “fishing” boat. His latest one is named “Fidelity IV.” It is outfitted with twin 300 horsepower Mercury Mercruisers, which McGarth describes as “like a guided missile.”

McGrath also has pretty good news for the followers, supporters of the Bush family and the entire American public. He shared: “41 is doing pretty darn good for someone three weeks shy of his 94th birthday.”

Bush also had a busy week where he entertained the cast of the Broadway hit Hamilton and had his last Texas-sized meal before leaving Houston. McGrath also shared that elder Bush went to lunch with all of the volunteers in his Houston office to thank them for their hard work year-round.

The focus of the Republican President, however, remains spending time with his family, as well as an opportunity to see friends who have besieged him with invites to see him to check on him.

Bush has always been fond of fishing. In fact, during his presidency , the former President went fishing for bluefish and Striped Bass almost daily from his boats, often joined by friends and family. There were even times then when he even welcomed the children of reporters covering his summer vacation to go up and join him in his boats.

now he gets to make it to the tribunal

DIE u pos along w that other traitor pos McCain!! 💀

He's keeping himself drugged up n alive as possible before he goes to hell.