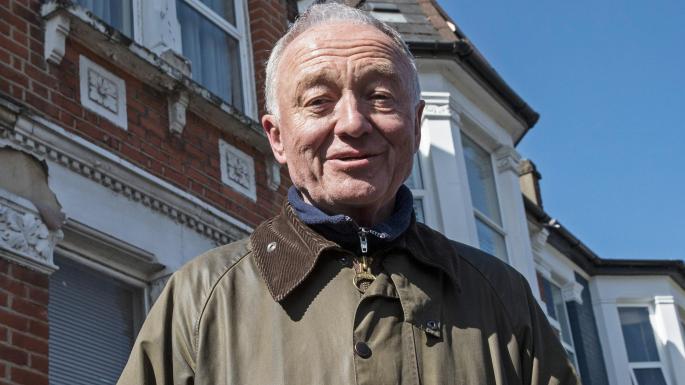 From 2000 until 2008, Livingstone was the Mayor of a London; in which he was suspended from the party after claiming that “Adolf Hitler supported Zionism,” which he stated in 2016.

In comparison, the largest political party associated with the British left-wing is the Labour Party, which is also the most prominent political party in the UK with over 575,000 members, which could essentially be the equivalent of <i>Democratic Socialists</i>.

Policies of Labour have continued to face scrutiny for being weak against racism, seemingly allowing it for themselves whilst wrongfully accusing others of being responsible for it, something that is commonplace among the left, regardless of which nation it occurs.

Remarks such as that of Livingstone clearly support the argument that such hatred and bigotry remains prevalent event today, and that even elected officials have no idea about the suffering of the Jewish people during World War Two and the Holocaust, having made such an ignorant remark.

Livingstone calls himself “a veteran Socialist,” who promotes the ideals of handouts and big governance, frequently resembling policies in which Senator Bernie Sanders would attempt to introduce, that makes zero fiscal sense whatsoever and lack any responsibility for the people.

Livingstone, much like Bernie Sanders, has made extreme remarks about Israel, <i>America’s greatest ally</i>, and in doing so suggests that he holds contempt for Jewish people.

Despite the obvious antisemitism, Livingstone claims that he's not an antisemite.

“I also recognize that the way I made a historical argument has caused offense and upset in the Jewish community. I am truly sorry for that,” Livingstone states. “Any further disciplinary action against me may drag on for months or even years, distracting attention from Jeremy’s [Corbyn] policies.”

Jeremy Corbyn himself has been accused of being “too soft” on anti-semitism himself, which has brought enormous pressure against Labour.

As per Ken Livingstone, former London mayor claimed in 2016 that Hitler had supported Zionism “before he went mad and ended up killing 6 million Jews”. He also said there was a “well-orchestrated campaign by the Israel lobby to smear anybody who criticises Israel policy as anti-semitic” which led to his suspension from the party.

The sad excuse for a human being then attempted to justify his remarks by quoting a 1983 book by an American Marxist, Lenni Brenner, the author of “Zionism in the Age of the Dictators,” and suggested that he was somehow in the “right” for spouting such anti-semitism.

“All the detail is in there. The striking thing that does confirm there was an ongoing dialogue between the Zionists and Nazi government is, in 1935 Hitler passed a law banning any flag being displayed except the swastika and the blue and white Zionist flag, which is pretty amazing,” Ken Livingstone told<a href="https://www.theguardian.com/politics/2016/apr/29/ken-livingstone-marxist-book-lenni-brenner-defence-israel-comments"> The Guardian </a>. “It confirms there was clearly an ongoing dialogue, even if the Israeli government now tries to pretend that none of that all happened.”

These remarks, and those like them, only further vilify the worldwide leftwing for what it is: international Communism perpetuated by cultural Marxists.

When someone tells you that “globalism” is the enemy of the people, they're correct, but the tool of which the likes of Socialists, Democrats, Labour, and their ilk use to accomplish that goal, is with Marxism. The result is Communism.

Livingstone also has close ties to Islamic leaders, many of whom have been accused themselves of having radicalized connections.

It's no surprise that the very people who often speak vile anti-semitism are connected to radical Islamists, which has also become a tool to control the public for the worldwide left.

The comments from Livingstone also underscore and endless hatred which exists inside the hearts and minds of the left, who see nothing wrong with their discrimination and attempt to justify it with irrational quotes, such as those the former London Mayor used.

There's no excuse for bigotry, or hatred, based upon anyone's skin color, as we are all people. The left believes when they're spouting hate that it's okay, and it, in fact, is not.

If you wish to criticize a person you should do so based on their actions.

Labeling entire groups of people are wrong, and in the case of Livingstone, it was vile. Six million plus Jewish people died in the Holocaust and were oppressed after that for decades. That's not something treat lightly. It's an atrocity, and the comments from Livingstone unquestionably should have led to his resignation.

Livingstone said, “I am, therefore, with great sadness, leaving the Labour Party.”

Jeremy Corbyn accepted the resignation of Livingstone, saying, “Ken Livingstone’s resignation is sad after such a long and vital contribution to London and progressive politics, but [it] was the right thing to do.”

Labour has performed poorly in local elections as of late, as has the Democratic Party in America, as the people are beginning to awaken to how much hatred exists on the left.

in an important position of leadership, you had an opportunity to create a loving earth. And yet, you chose bigotry and bullying. There will be severe penalties for this.

A guy calls out his opinion with a 4 word statement and it chases him out of politics. Sheesh! He is probably lucky he didn't end up in jail for hate speak.

At least we Americans still have a 1st amendment and can say things that might hurt feelings.

The tribe has a tight grip on the goyim.