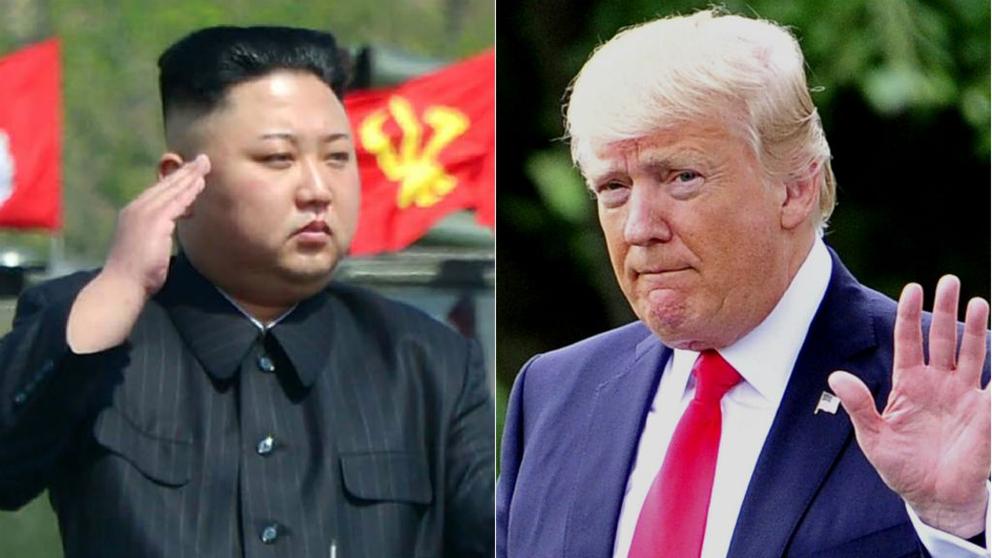 US President Donald Trump has via an official letter announced to the world that he was canceling the planned summit with North Korean leader Kim Jung Un over the regime’s hostile tone as of late. Just this morning, the North Koreans had labeled Vice-President Mike Pence as ‘stupid.’

According to Mr Trump’s letter, the decision was due to the "tremendous anger and open hostility" of certain recent North Korean statements.

The summit, which was scheduled to be held in Singapore on 12 June, will now take place "some day."

Mr Trump said: "I was very much looking forward to being there with you. Sadly, based on the tremendous anger and open hostility displayed in your most recent statement, I feel it is inappropriate, at this time, to have the long-planned meeting."

"You talk about your nuclear capabilities, but ours are so massive and powerful that I pray to God they will never have to be used."

As stated, earlier today, a North Korean official, Mr Choe Son-hui had claimed that US Vice-President Mike Pence was ‘stupid’ given that he had warned the North Koreans they "may end like Libya". For reference, Libyan leader Muammar Gaddafi was killed by rebels in 2011 after renouncing his own nuclear weapons eight years earlier. When calling to the west for aid, French President Sarkozy famously dropped him.

Mr Choe, who was on the North Korean side during all diplomatic interactions with the US in the 21st century, claimed that his country would not "beg" and threatened with "nuclear showdown" should diplomacy fail.

Better to call it off then to take the 0bummer route of begging and pleading then sending a bunch of plane loads full of cash.

It is extremely sad this has been called off as it would have been a beautiful gift of peace to the world and liberation of the poor starving north Korean citizens.

Fingers are crossed that Kim takes the high road and comes back to the table?

NK has long history of playing lead up games to any talks. Google "Korean war peace talks" to just get an idea how low they will go.