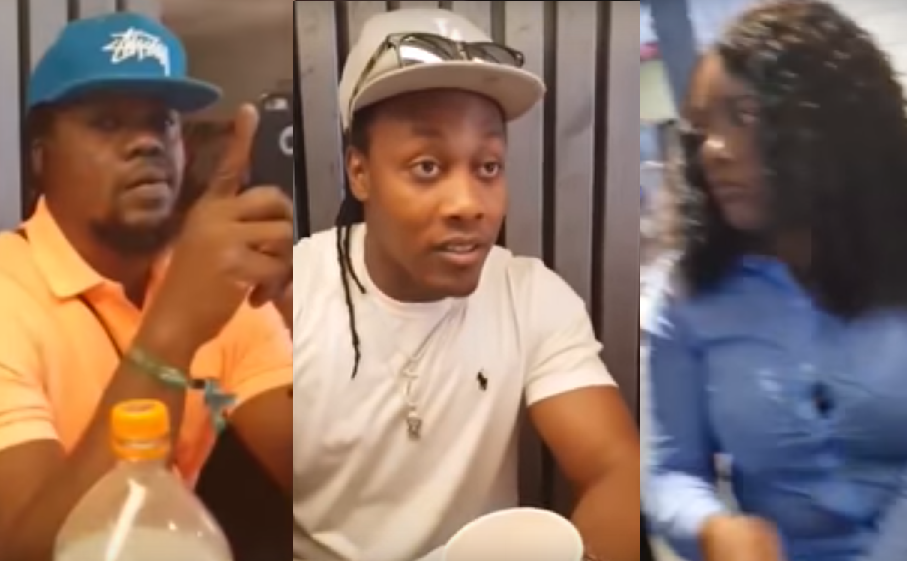 A police intervention captured on video has launched a racism debate in Germany, after several black British (some claim they are Canadian) nationals were kicked out of a KFC restaurant (of all places it could happen) in Berlin after the store manager had complained they were throwing food and refused to leave even though they had finished eating.

Germans cannot stand loud or disorderly behaviour and thus the KFC store manager called the police. The incident was captured in an online video.

Furthermore, due to Germany’s strict laws on privacy, they are faced with several ‘complaints’ by the Berlin police for having recorded and spread the incident. Police officers warned them several times this is an illegal act in Germany.

The incident took place earlier this week but has been spreading on social media ever since.

According to the German media reports on the incident, the three women and four men have Granadian and Trinidadian background, but hold UK citizenship.

In the video, the police tells them "You have to go right now," explaining they were called by the store's manager.

As the group starts heading towards the exit, the policeman tells the woman recording the incident to delete her video. She replies: "No, you can't tell me to delete it from my phone, it's my phone."

KFC Germany said their store manager was correct, and the group was behaving "inappropriately."

Furthermore, employees confirm that the local manager had tried to discuss the issue several times with the group before he called the police: "After futile attempts to resolve the situation, he believed he was forced to contact the police in order to ensure protection of the staff and guests.”

if unruly behaviour or behaviour is of concern to other patrons who should not be asked to put up with it, and before disturbed patrons start to leave, the problem must be dealt with by management. If the management cannot allay concerns, or feel the situation is beyond their control, the police must be called.

They Act up, mess up the place with either sloppy eating, or deliberately cutting the fool.

Get asked to behave. Don't

Get asked to leave. Don't

The owner finally calls the police.

The police show up likely after an extended time later.

They are still there, still refusing to leave.

But now seem to be waiting for a video taped Police confrontation.

Sorry don't buy the racism BS, in this case.

I have been around Germans and German Police and a few BND.

These guys tend to be so clean that they squeak when they walk.

WHY? Because Germany places its extremely few bad cops in general prison population not a Police isolated area.