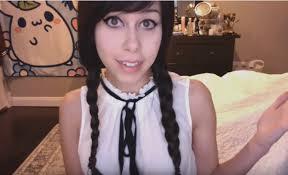 Brittany Venti vs. Shoe0nhead Round Two: Internet Drama Continues To Heat Up

Brittany Venti just released a video addressing the "white knights" coming out of the woodwork to protect YouTuber June Pool, better known as shoe0nhead. Shoe0nhead first gained some real popularity during GamerGate and since has spent most of her recent YouTube career attacking SJW and feminist "cringe" wherever it exists. I'll admit, I was a fan. Sometimes the videos were funny and June seemed likable and witty enough. Of course, as Brittany notes June has pointed out, most internet "personalities" do "ham up" their behavior for the audience, but with June it seems that there may not be much beyond the facade.

Pandering and hypocrisy are some of the main charges levied by Venti, and I can't disagree altogether. I enjoyed June's content, it was worth some lulz for sure, but after digging in deeper with the help of Venti and Encylopedia Dramatica I have come to the conclusion that I'm not really a fan anymore. As far as the pandering goes, it's obvious that a lot of what June did was out of attention seeking and for years she was seeking attention from anonymous imageboard users, hence cloning her style and personality on "the troll's troll" Boxxy and even her handle "shoe0nhead" is a reference to an ancient (in internet years) and venerable meme, "put shoe on head." "Put shoe on head" was used as a sort of "proof of life" tactic to prove that a stream of a girl on the internet wasn't actually spoofed. As is, June might as well be a manipulated stream of a manufactured girl considering the results.

One of the main criticisms leveled at Brittany Venti for her videos about shoe are allegations that she's using old videos, that she's a bully or that she's a stalker. Brittany made sure to show clips in the second video that were recent to counter claims that "shoe changed!" As she pointed out, you don't have to be a stalker to find out what she shared at Encyclopedia Dramatica, Kiwi Farms and related sites that chart lolcow drama. Sure, a lot of what's come up could be called petty but that's what most e-celeb drama is all about anyway.

RationalWiki (the wiki for "skeptics," a subculture of atheists who worship logic in place of a god) <a href="https://rationalwiki.org/wiki/Shoe0nHead">points out how between 2016 and 2017 alone June had claimed</a> being left-leaning, liberal, libertarian and to "not belong to any ideology." I'm sure at least some longtime fans of shoe feel similarly betrayed by her lack of consistency and absence of convictions. It shows in the stats as well, <a href="https://socialblade.com/youtube/user/shoe0nhead">according to Social Blade</a> her subscriber count growth has dropped over 73% in the last 30 days and her view count is down nearly 20%.

A lot of this stuff is mainly inconsequential but the few issues that bother me the most that have been brought up amidst all this would be she and her mate Greg (known as ArmouredSkeptic at YouTube) taking part in the Candid App. Candid was initially promoted as a "free speech" platform but was actually a honeypot to draw anti-SJWs to upload material in order to train AI that could be used by YouTube and other platforms to auto-block "inappropriate opinions." Greg and June continued to shill for Candid even after finding out the real game plan. This is a bit past simple inconsistencies and "playing a part" for their audience.

The other issue that I find unsettling is the dynamic between June and Greg herself. It sounds like she and her boyfriend have a codependent relationship in which June may be allowing herself to be abused while justifying it to herself and her legion of underage fans as just "a kink." Speaking of kinks, evidently their "daddy/daughter" relationship has nothing to do with pedophilia, though pedophilia itself is just a "side kink" according to June. Her need for attention and being easily led make her a perfect target for abuse. YouTuber Onision is a perfect example of where codependent abusive relationships like these can lead.

Venti points out that the "personality she projects is lies" and how she's moving from the anti-SJW camp. She's made several comments and videos about "transphobia" but she herself has jokingly referred to the "identify as an attack helicopter" meme. Just one case where June "ends up criticizing an earlier version of herself."

Finally, there's the fact that she evidently took part in playing with the head of a veteran with PTSD who was being catfished by someone pretending to be her. This is in line with her history of bullying. It's ironic that she seems to be becoming one of the "professional victims" that she's decried for so long. In contrast, Brittany Venti is an obvious troll and part of her appeal is that she isn't attempting to come of as overly sincere or genuine. As for Shoe0nhead though, June is a perfect example that those who live by the cringe may die by the cringe.

[Clarification: Previous draft reported that subscriber count had dropped according to Social Blade rather than subscriber growth/month.]

at least venti is pro-white and has fat jugs

Hurrr. Subscriber GROWTH is down 73%, not the number of total subs. Learn to read, idiot.

A Tale of Two Thots.

Both brainless twits need to be spanked, sat down for a lecture with plenty of finger wagging and have it explained to them:

"The attacks coming from both of your camps are doing nothing but enabling the leftists to enact censorship against both of you. Your feud is empowering your enemy to get what they want: two popular voices in opposition to their goals are being shut down.

Now schedule a time and place to either have your catfight in person, fuck, or stop trying to be top bitch in a pathetic melodramatic meangirls sequel. The only thing you're accomplishing is aiding and abetting the leftist's cause, goals and ends."