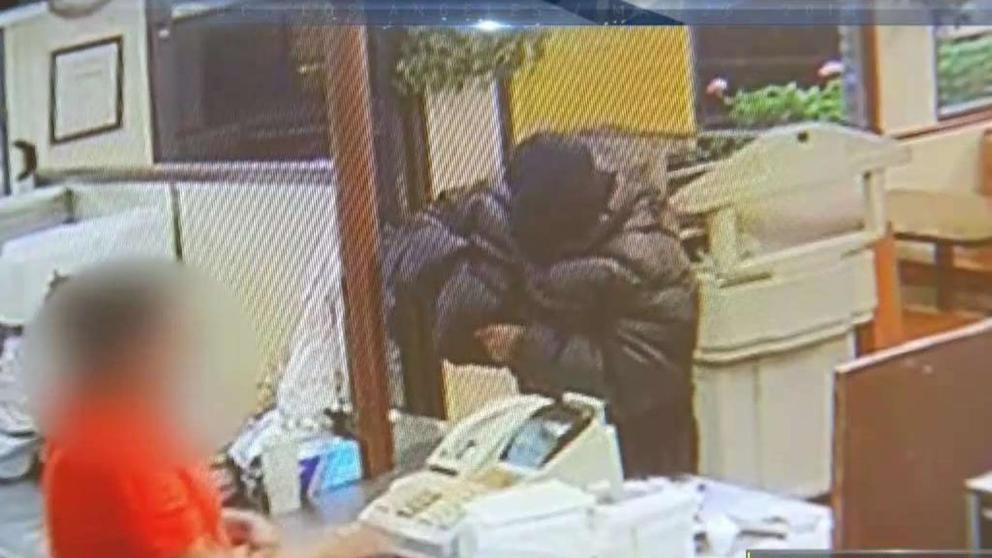 Law enforcement in Santa Ana, California said that a 60-year-old man was engaged in a robbery at a nearby Cozy Drive-In restaurant, when a good Samaritan, who happened to be going through the drive through to place an order, saw the criminal activity in-progress and fired two shots at the masked suspect, taking him down.

The Santa Ana Police Department says that the unknown driver witnessed the suspect mid-robbery, according to eyewitnesses, and fired two shots into the man's upper torso, and then drove off from the scene of the crime in which he would have otherwise been hailed as a hero for his valiant act.

Employees of the Cozy Drive-In say that the robber would attempt to flee the scene after being shot twice, only to collapse outside in the parking lot before police arrived at the scene.

As soon as the would-be robber made his attempted escape, the startled employees called emergency 911, where the Santa Ana Police Department immediately dispatched several responding patrol cars only to find the criminal unconscious upon arrival.

Shockingly enough, the entire incident was captured on surveillance video, which correlates the statements of the employees who told law enforcement they had just been held up by the robber moments before a silver sedan pulling through their drive-thru service window and firing the dual shots which could have saved their own lives.

The robber, also a shooting victim, was transported Saturday night to a nearby hospital to receive emergency surgery for his gunshot wounds, and will later be charged by law enforcement agencies for his crimes of aggravated robbery.

Police are shocked that the driver of the sedan decided to flee the scene whereas he or she could have been hailed as heroes for their quick thinking and bravery, although it remains to be seen as to whether the Santa Ana Police Department will also bring charges against that person if they're identified.

Anytime a firearm is discharged against another human life one is supposed to wait for the police to file a report as to why they believe they acted in self-defense.

The manager of the Cozy Drive-Thru, Francisco Reyes, said that the robber had just been given $274 when he was shot by the otherwise good Samaritan armed with a firearm and that he's thankful none of his employees were injured during the strange series of events.

While police have yet to release a description of the suspect who fled outside of them being in a silver sedan or the criminal who was robbing the restaurant, they're asking for the community's assistance with any information surrounding this incident.

If you or anyone you know have any information about the initial robbery or the shooting you're urged to contact the Santa Ana Police Department at (714) 245-8665.