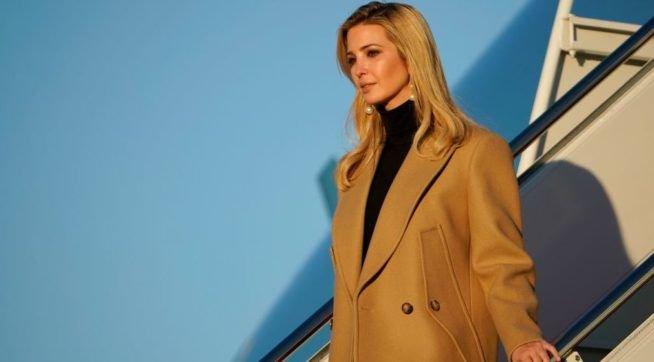 Businesses Ivanka Trump put up way before her father became president continue their winning ways in China with the recent development that her brand gains another foreign trademark in Asia’s biggest economy.

China granted on Sunday its final approval for Ivanka’s company’s 13th trademark in the last three months. Trade office records also show that over the same period, the Chinese government has given Ivanka’s company provisional approval for another eight trademarks. Said trademarks can be finalized if no objections are brought up during the prescribed three-month comment period.

With the said “victories”, the trademarks could allow the brand to market a lifetime’s worth of products in China, from the diverse range including baby blankets to coffins, and other products like perfume, make-up, bowls, mirrors, furniture, books, coffee, chocolate and honey.

As expected, critics of President Trump, his family and his administration were quick to slam the development, even as it came from a sovereign nation deciding on matters with national economic implications to them, arguing that the move reeks of strong conflict of interest implications. Leading the criticisms is the group Citizens for Responsibility and Ethics in Washington saying the move raises “significant questions about corruption.”

Ivanka left management of her brand when her father won the presidency. She placed her company’s assets in a family-run trust. Critics say she continues to profit from the said business ventures. Ethics lawyers critical of the Trump administration are also bring up issues of political influence especially as it concerns China, the country’s closest competitor as the world’s biggest economy.

Chinese officials for their part stressed that all trademark applications are handled in compliance with the law.

Ivanka’s company’s trademark winning ways extend even to the Philippines, another Asian country and a long-time ally of the U.S. Ivanka Trump Marks LLC won three trademarks in the Philippines after Trump won the White House. Two of those trademarks cover clothing, lingerie and baby clothes. They were filed on February 8 last year, and registered in June and November. The third one was filed on march 1, 2017 and covers clothing and footwear, and was registered in July.

Companies register for trademarks for different reasons. For one, it could be a sign of corporate ambition which is not necessarily wrong. China, however, is more unique as companies tend to register for trademarks there as a matter of defensive move to block copycats from grabbing legal rights to a brand’s name. Knock-offs and imitation brands are also rampant in China.

Some trademark lawyers also encourage clients to register trademarks for merchandise that is manufactured in Asia’s biggest economy, even if the products are not sold there.