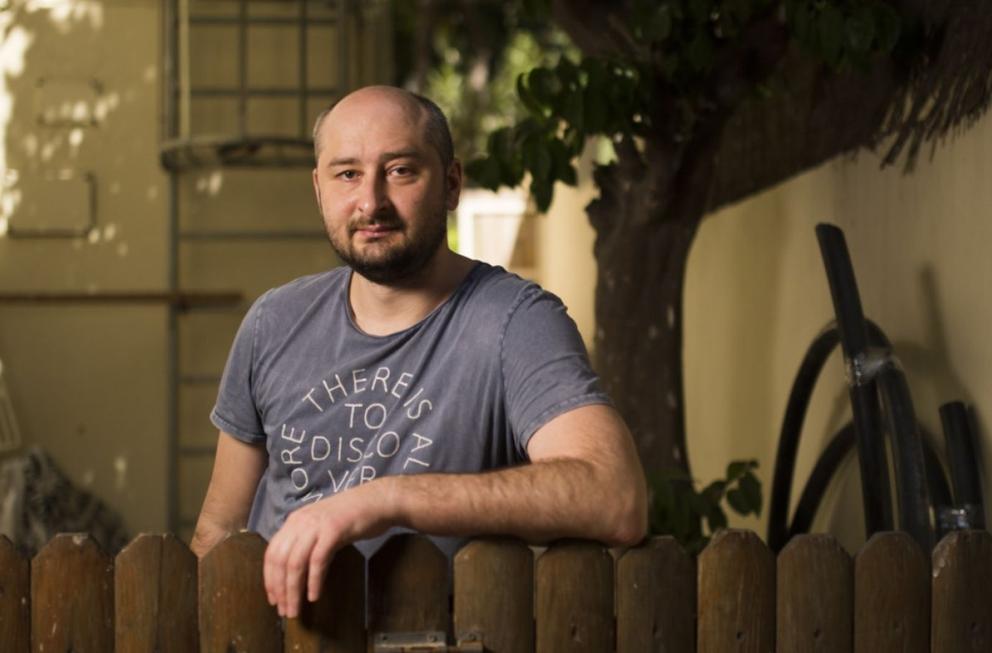 Russian Journalist Who Criticized Kremlin Shot To Death Outside His Home

In another blow to free speech in Russia, a journalist was assassinated who was highly critical of the Russian government and its campaign in Syria. Russian journalist Arkady Babchenko was found with multiple gunshots outside his home in the Ukrainian capital Tuesday. Ukrainian police said Babchenko's wife discovered him bleeding out at their apartment building in Kiev.

She called an ambulance but it was too late for Babchenko, and he died on the way to the hospital. Ukrainian police said Babchenko died of multiple gunshot wounds to his back meaning he was shot from behind in a seemingly targeted assassination. Kiev Police Chief Andriy Krishchenko said in a televised statement, "The first and the most obvious version is his professional activities."

Babchenko was 41-years-old when he died and had served in the Russian army and fought in the first separatist war in Chechnya in the 1990's. After fighting in the war, Babchenko became a journalist and reported for several Russian media outlets as a military correspondent. He also published several books of his experiences in the separatist war. The media freedom representative at the Organization for Security and Cooperation in Europe Harlem Desir said he was "horrified" by Babchenko's death.

Babchenko was highly critical of the Kremlin's policies in the last several years including Moscow's annexation of Crimea, Russia's support for separatist insurgents in eastern Ukraine, and the Russian military campaign in Syria. Many of Babchenko's literary works were so controversial they led to anger from his fellow Russian citizens. One story Babchenko published said he felt no regret about the deaths of the Russian army choir members aboard a plane that crashed in December 2016 while on the way to perform for Russian troops in Syria.

Some were so enraged by Babchenko's comments they called for his citizenship to be stripped away. The outrage led Babchenko to flee the country in February 2017 amid concerns he would be jailed. He also received several threats for his comments which led him to move to Kiev last fall. He was working as a host for the Crimean Tatar TV station ATR when he died.

And that's a good thing.

@27499 lmao you forgot to add in racist bootlicker

And what was that you 👌holes were saying about ameria? Now thats how Putin deals with fake news!