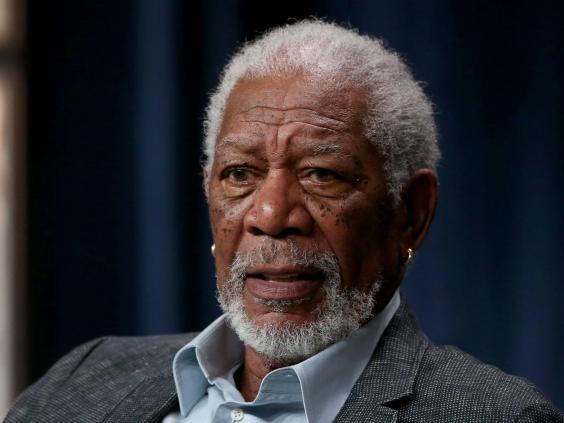 Freeman Lawyer Hits Back at CNN, Says Its Story on the Actor Built on “Fakery”’

Morgan Freeman’s lawyer has issued a demand to CNN to retract its story on sexual harassment allegations against the actor, and to issue an immediate apology, arguing that CNN’s report has been built on “fakery.”

Schwartz also sent a statement to the media that says in part: “We presented CNN with objective evidence, including videotapes and on-the-record denials by the claimed ‘victims’, that the alleged incident that gave rise to the story never happened.”

The statement added: “We proved to CNN, beyond any doubt, that the whole story was built on fakery.”

The actor is quickly gaining some sympathy online especially from those who have issues with CNN and “fake news.”

<blockquote class="twitter-tweet" data-lang="en"><p lang="en" dir="ltr">To imagine that an illustrious career by one of our greatest artists would end over the “event” seen in this video is appalling. <a href="https://twitter.com/hashtag/MorganFreeman?src=hash&amp;ref_src=twsrc%5Etfw">#MorganFreeman</a> <a href="https://t.co/QaRh9aaAYN">https://t.co/QaRh9aaAYN</a></p>&mdash; James Woods (@RealJamesWoods) <a href="https://twitter.com/RealJamesWoods/status/1000818658245918720?ref_src=twsrc%5Etfw">May 27, 2018</a></blockquote>

Freeman’s lawyer also says through the released statement that the “credibility” of the entire CNN attack on Freeman has now been “undermined.” He also went on to question the network. The statement said: “And in choosing to ignore all of the evidence that we presented, CNN has confirmed our concerns about its reporters, its lack of oversight, and its gross misconduct in unjustifiably attacking Mr. Freeman.”

Part of the demands of the Freeman camp to CNN is that the retraction and apology be done through “the same channels”, and with the “same level of attention” that it used to unjustly attack Freeman on May 24.

The CNN story claimed that eight women accused Freeman of sexual misconduct and inappropriate behavior on film sets and in the workplace. The 80-year-old actor came out first with a statement apologizing to the women if they were ever made to feel “uncomfortable” and “disrespected.” He came out with another statement after that denying he committed sexual harassment against the women.

Schwartz also hit back at CNN journalist Chloe Melas saying she “had no reasonable basis to have misinterpreted what Mr. Freeman said or did at the Going in Style interview last year as having been directed at her or as any form of harassment.”

Freeman’s attorney also accused the CNN journalist of “baiting” and “prodding” the women to say bad things about the veteran actor.

The Goldwater has previously reported how sponsors are starting to cut their ties with Freeman because of the scandal. This site also reported that the Screen Actors Guild is considering revoking the Life Achievement Award they have bestowed on their peer, again due to the sexual misconduct accusations hurled against him.

CNN responded to Schwartz's statement and says the network is standing by its story on Freeman and hinted a threat of its own by saying it “will respond forcefully “to any attempts by the Freeman camp to “intimidate” them.

Schwartz hit back anew at CNN and accused the organization of “gross misconduct in unjustifiably attacking” Freeman.